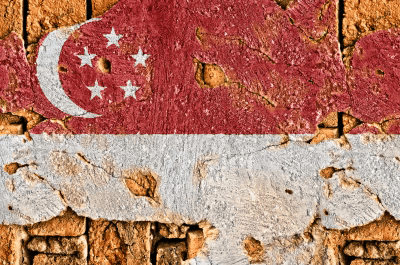 LiquidVPN a VPN provider based in the United States are expanding eastwards with their first Asian server located in the beautiful country of Singapore.

LiquidVPN currently have an extensive network of VPN servers spanning 5 cities in the United States plus Canada coupled with a splattering of European based VPN servers including the United Kingdom, Netherlands, Switzerland and Romania. Known for their no-nonsense approach when it comes to server locations LiquidVPN have consistently focused on VPN locations that not only enable content such as the United States and UK but also those that seek to protect the privacy of users like Switzerland and Romania.

While North America and Europe were well covered this small but ever expanding VPN provider has now breached the Asian market giving users located through Asia and Australia the chance to make use of one of the fastest VPN providers we’ve tested.

LiquidVPN regularly feature in the top of our monthly UK VPN server speed tests and are known to closely monitor the amount of users subscribed to their service and expand their server power and numbers to accommodate that user base. Under utilisation of their VPN servers has resulted in the often extremely pleasing speeds we have experienced when testing and reviewing their service.

With the Australian market screaming out for good VPN providers the new Singapore VPN from LiquidVPN will be a welcome option for users in the Oceanic region and those from Europe and the US who wish to protect their privacy while travelling throughout Asia.

LiquidVPN offer features that many other VPN providers do not such as a warrant canary that allows users to be warned in the unlikely event that they are required by a law enforcement agency to hand over access to their services. They are also one of few providers who publish a full transparency report that features all requests from rights holders and law enforcement agencies should DMCA requests be received or requests of a legal nature.

A Singapore VPN is a wise location for a server due to the excellent internet infrastructure within the country. While Southeast Asia itself lags behind with an average internet speed of 12.4 Mbps Singapore excels with an average of 61 Mbps, a speed that crushes the global average of 17.5 Mbps and even that of the US and Japan who average at 22.3 Mbps and 41.7 Mbps respectively. With a home service unveiled at the end of 2014 giving a fibre speed of 2Gbit/s making it the fastest home broadband service alongside Japan the internet infrastructure in Singapore is head and shoulders above the rest.

All packages available include access to every server including the new Singapore VPN location and costs range from US$6 to US$18 per month depending on the number of concurrent connections required.

Customers can save 20% off the package price by following the link below.

Image courtesy of domdeen at FreeDigitalPhotos.net