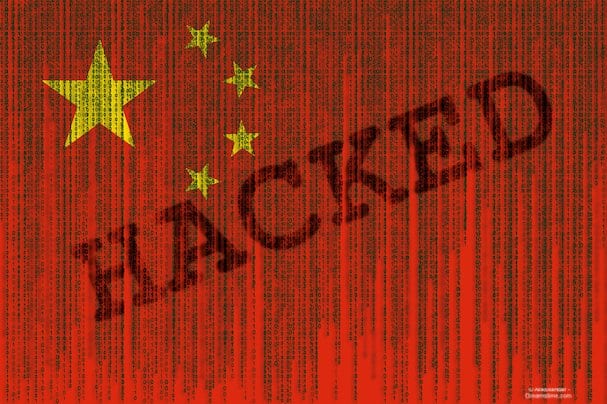 An independent cyber-security researcher has revealed indisputable evidence of the online surveillance programme of the Communist regime in China which shows the staggering extent to which they are monitoring the social media activities of Chinese citizens.

Victor Gevers, who works with the non-profit GDI Foundation, which campaigns for a free and open internet, has revealed that a jaw-dropping 364 million online profiles are tracked on a daily basis behind the Great Firewall in China.

He also found that this programme was not just collecting data posted freely in the public domain either. It also scoops up all their private chats, file transfers, their actual names, and their national ID numbers.

It was widely known that the Communist regime in China routinely surveils its population online as well as censoring vast swathes of the internet to prevent anti-Communist information reaching the wider population.

But this is the first time that precise details of the numbers of people affected by what we must remember is just one surveillance programme, has been leaked. It will no doubt drive yet more Chinese people towards a VPN in order to try and keep their online activity safe from state surveillance.

A VPN is already essential in China if you want to access basic sites like Google, Facebook, and Wikipedia, which are all blocked in this authoritarian single-party Communist state.

The regime has recently tried to ban VPNs to prevent people from getting around their censorship and surveillance programme. But, as we have revealed previously, there are plenty of VPNs still available in China.

In revealing the extent of China’s social media surveillance, Victor Gevers drew an interesting comparison. He explained that the programme looked like “a jerry-rigged PRISM clone of the NSA”.

In other words, he is saying that the Communist regime in China has cobbled together a poorly built replica of the NSA surveillance programme exposed by whistle-blower Edward Snowden back in 2013.

This will come as no surprise to many and given the Chinese regime’s propensity for stealing intellectual property, it is quite likely that they assembled this programme after having some kind of access to the NSA one.

For Chinese internet users, there are a few specific details in Victor Gevers research which are well worth highlighting.

The database that has been leaked to him has labels referring to six Chinese messaging services. These include QQ and WeChat, both of which are operated by Chinese internet behemoth Tencent, who other readers might recall have recently invested in Reddit.

Reddit users beware because it seems that Tencent has allowed this surveillance programme free reign to collect whatever data it wants from the millions of Chinese internet users who use WeChat and QQ every day.

Unsurprisingly, Tencent has refused to comment on the revelation so far, but there is plenty of prior evidence that it has been monitoring its using and logging activity for the Communist regime to access.

Gevers also revealed that a large number of records in the database contain the names and addresses of cyber-cafes across China. Despite the façade of affluence, many Chinese people still languish in poverty and cyber-cafes are the only way they are able to access the internet.

It was long suspected that these café’s almost certainly used monitoring software to track the online activity of their users, and this leak would appear to confirm that.

The main take-home message for Chinese internet users from this leak is the extent to which their government is monitoring everything they do online and the potential risks they face if they step out of line online, even if this only takes place in a private chat.

This is just one reason why every internet user in China who cares about their privacy should be using a VPN every time they go online. We also recommend ensuring you enable the kill switch feature on your VPN to ensure your connection cannot drop out and expose you to unnecessary risk.

But Gevers also highlighted the knock-on risks of this type of data being so insecurely stored that it has leaked onto the internet. It was stored in plain text with no encryption or even log-in details required to access it.

He warns that the comprehensive data sets could have been sold to the black-market, accessed by other hackers, or frankly just about anybody.

This could leave Chinese internet users exposed to all sorts of other malicious online activities. Which is just one more reason why using a VPN is now essential for anyone living or even visiting Communist China.