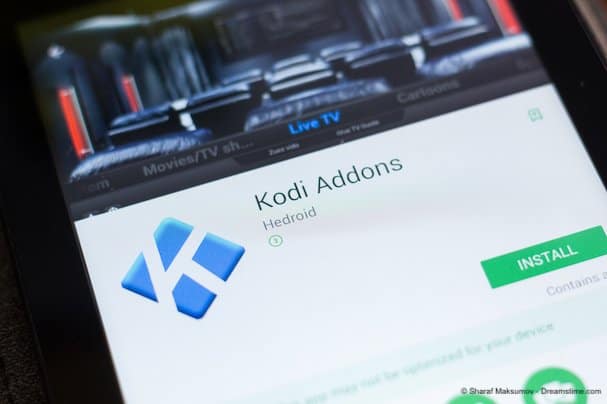 With copyright protection in the news after the European Union’s controversial decision to pass their Copyright Directive legislation last week, it is no surprise that the Kodi media player has found itself thrust back into the spotlight once more.

In light of the new law, the organization behind Kodi, the XBMC Foundation have posted a new blog onto their website warning users to avoid using unofficial Kodi add-ons and builds which could be illegal.

Kodi itself is a perfectly legal open-source media player. But it’s design allows users to customize it with various additional pieces of software called add-ons. These add-ons allow users to access different media streams and sources.

They can also download builds, which bring a unique skin to the Kodi media player along with a selection of the most popular add-ons pre-downloaded and ready to use.

However, writing on the Kodi Community Blog, Cris Silva from the XBMC Foundation warns that many of these unofficial add-ons and builds are not only illegal but also potentially dangerous for users.

The risks of Kodi and how a VPN can help

It is not unknown for users of unofficial add-ons and skins to find themselves falling foul of the law after inadvertently downloading or streaming copyrighted content. Some users have received legal notices, had their ISP cut their service, or even faced fines as a result of their Kodi usage.

This is one of the reasons why it is standard advice for all Kodi users to ensure they are connected to a VPN before streaming anything on these add-ons.

By connecting to a VPN such as ExpressVPN or IPVanish, Kodi users can ensure that their online activity is secured by encryption and that there are no records of what they are getting up to online.

This means that even if they do find themselves inadvertently accessing copyrighted content, there is no risk of facing any further legal repercussions.

If you ever use any unofficial add-on on Kodi, we would strongly advise you to ensure you have a VPN installed and connected before watching anything.

That is not to say we condone the use of unofficial Kodi add-ons for any illegal activity of course and neither do the XMBC Foundation behind Kodi. Indeed, they have long railed against the developers of these unofficial add-ons which they feel do huge damage to the reputation of their product.

They continue to do so in their latest blog post too and there is absolutely no mincing of words. After clarifying the difference between unofficial add-ons and the add-ons that can be found in the official Kodi repository, which are all tried and tested by Kodi officials, Silva makes his views on the former abundantly clear.

“Some are illegal,” he explains. “A few are both illegal and just downright nasty, and some rogue developers even think your hardware is their hardware.”

This last comment is a warning that some Kodi add-ons can contain malware and adware that could put your device at risk. Silva is absolutely right to say this.

While most unofficial add-ons are perfectly safe and legal, there are some that aren’t and users should always research carefully before downloading.

A good rule to remember is if in doubt, don’t download. But even if you are 100% confident in your add-on, it is still advisable to be sure you use a VPN alongside it. Just to be sure.

“We can see the appeal of Kodi builds, but please stop using them,” Silva concludes before putting out an appeal for more direct user feedback to help improve the official Kodi product and so negate the need people to use for unofficial add-ons.

The genie is out of the bottle

Unfortunately, laudable though this aim undoubtedly is, it is simply not realistic anymore. The genie is firmly out of the bottle and as soon as illegal unofficial Kodi add-ons are taken down, more rise up to take their place. Neither the EU Copyright Directive nor any other law is going to change this.

This is a lucrative market for developers and there is an audience that is hungry for the “free lunch” that Silva cautions so strongly against in his blog post.

Most Kodi users don’t set out with the intention of breaking the law. But with a growing number of unofficial Kodi add-ons facilitating exactly that and the temptation of enjoying live streams of the latest sports, TV, and movies being a strong one, more and more people are fallen prey to them.

The best way to avoid putting yourself at risk is to stick to official add-ons from the Kodi repository. But if you do have to use an unofficial one, always be sure you have a VPN connected before streaming anything.