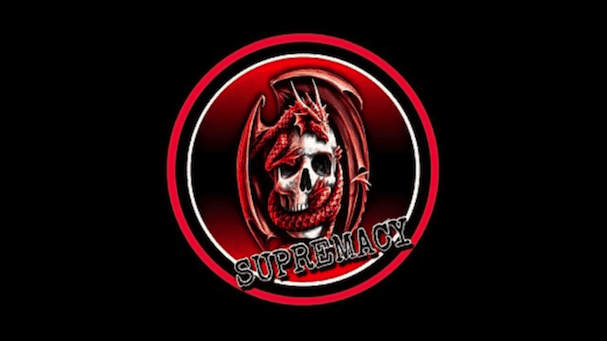 The popular online media player Kodi has been under the cosh for some time now as law enforcement agencies and copyright holders continue to turn the screw.

Various online add-ons and repositories have been shut down in recent months and, while Kodi itself remains completely legal to use, its developers have warned users about downloading unofficial add-ons which may not be.

While some have taken heed of this warning, many others have not and unofficial add-ons remain big business in the Kodi community. There have been reports that Kodi use is on the wane but the truth is that millions of people still use it to stream TV shows and movies.

It has long been standard advice to use a VPN when streaming content on Kodi, whether through unofficial or official add-ons and this remains the case.

VPNs such as ExpressVPN or IPVanish offer users an encrypted connection and online privacy protections and have become popular recommendations.

The end of Supremacy?

Those risks have been highlighted in recent days with reports that a man in the north of England has been arrested in connection with his work on a Kodi add-on.

TorrentFreak has reported that the Covert Development and Disruption Team from the UK’s North West Regional Organised Crime Unit arrested a 40-year old man in Winsford, Cheshire last Friday. It is claimed that he was creating and maintaining a Kodi add-on configured to supply illegal online streams.

In a brief statement, the police said, “The scale of the offending was significant and affected broadcasters and rights owners in the UK and worldwide. Police searched an address, seized evidence, and interviewed the suspect has later been released on police bail pending investigation.”

Details are still scarce but as TorrentFreak noted, on the same day as this arrest took place, popular unofficial Kodi add-on Supremacy went down without any prior warning or explanation. A Facebook page and Telegram group linked to the Supremacy add-on also disappeared on the same day.

Supremacy was an all-in-one add-on which offered Kodi users access to streams of movies, TV shows, and live sports. A check of the WHOIS entry for the Supremacy repository domain name found that it has been suspended.

In subsequent days, it has also been reported that a number of other popular Kodi add-ons have also gone down. These include 13 Clowns, Maverick TV, and Overeasy. There are a number of possible reasons for this.

13 Clowns was a popular fork of the legendary Exodus add-on. It went down in a rather unconventional way. Instead of just removing the repository, it pushed out an update which disabled the add-on and delivered a shutdown message which read, “We call it quits! Thanks for everything. See ya around!”

Both Maverick TV and Overeasy took the more conventional route of removing their repositories which suggests that this is a move made independently by several different Kodi add-on developers.

The legal risks of Kodi add-ons

One of the reasons for this mass shutdown of popular add-ons could be the legal precedent set by the arrest of the Supremacy developer in Cheshire.

Up until now, Kodi developers have been well aware of the risks of legal action but assumed that they would only face civil cases. Many have received cease-and-desist letters from rights-holder groups including the Alliance for Creativity and Entertainment (ACE), a collection of Hollywood studios and TV production companies.

But the arrest in Cheshire is the first time that the police are thought to have been involved which suggests that developers might now be at risk of criminal charges as well as civil cases.

It is difficult to see exactly what charges the Supremacy developer might face. Supremacy worked as an aggregator add-on. It scraped links to streams on other sites into one place to make it easier for Kodi users to find them. But it didn’t host or disseminate any copyrighted content itself.

This is the model that most Kodi add-ons follow and, while laws vary from country to country, it had previously been assumed that this practice was not in breach of copyright laws.

For users of Supremacy and other add-ons like it, there is no immediate cause for concern. While the developer could be in a spot of legal bother, it is highly unlikely that individual users will face any criminal actions even if there is a record of who was downloading and using the add-on.

But it is possible that they could receive warning letters or that their ISP could be informed if such a record exists, but any further action is unlikely.

The situation does serve to re-emphasise the importance of using a VPN such as ExpressVPN when streaming content not just on Kodi but from any service. VPNs allow users to stay safe and secure online and ultimately protect their privacy.