Home » News » Is Russia about to fracture the internet?

Is Russia about to fracture the internet? 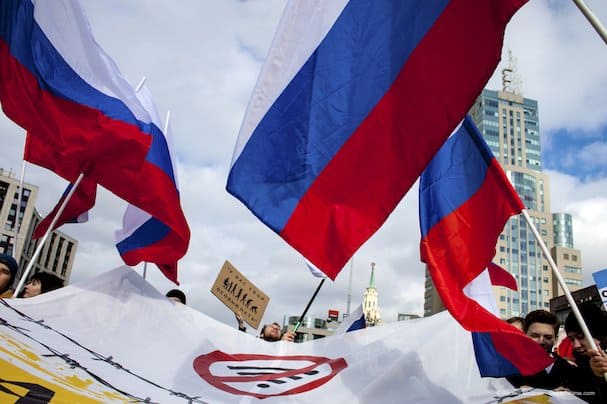 Last week, the Russian Parliament, the State Duma, passed a law that will enable the regime of Vladimir Putin to cordon off the country’s internet. In effect, Russia is now legally able to create a sovereign internet, entirely separate from the global internet.

Whether the creation of this sovereign internet will be technically possible is not clear but if Putin’s acolytes can pull it off, this new law could prove to be the first step towards the fragmentation of the internet as we know it.

The latest threat to online rights in Russia

Online rights in Russia has been under the cosh in Russia for some time. Internet censorship has been on the rise with the high-profile and failed attempts to block the Telegram online messaging service being just one of many examples of state efforts to curb online freedoms.

In March, we reported on how the Roscomnadzor, the Russian internet oversight body, had written to a number of VPN providers demanding that they comply with state online censorship and threatening to block access to their service if they refuse.

VPNs have been technically illegal in Russia for more than a year but the state has neither the technical knowledge nor the resources to enforce such a ban and access to most premium VPNs such as ExpressVPN and NordVPN remains possible.

Indeed, these providers and others openly refused to comply with the demands of the Russian authorities although some did remove their Russian-based servers over fears that user data might end up being compromised.

If Russia is able to separate its internet from the rest of the world it will be setting a precedent that even Communist China has been unable to deliver. Their massive state online surveillance and censorship system still sits on the existing global DNS and enables those who use VPNs in China to circumvent the blocks.

If successful, it will enable the Russian regime of Vladimir Putin to have complete control over the country’s internet and be able to control exactly what people can and can’t do online.

Putin’s supporters claim this will keep the country safe from online threats. The reality is it will allow the regime to repress opposition and any online activity which goes contrary to their own political agenda.

The big question is just how feasible the law is. No internet expert is really sure whether what Russia is planning is even technically feasible. The other big question is whether it is affordable.

One of the big reason that most VPNs remain online in Russia is that the country doesn’t have the resources needed to systematically block the millions of IP Addresses used by VPNs as well as counter the various techniques VPNs like ExpressVPN use to evade this approach too.

Separating the country’s entire internet network is likely to cost billions and billions of rubles with absolutely no guarantee of success at the end of it.

With Russia already in financial difficulty due to sanctions put in place after their annexation of the Crimea region of Ukraine, whether this cost can be justified is highly debatable.

But there is no doubt that if Putin can pull this off there will be no shortage of country’s eager to follow Russia’s lead. Regimes like Iran will be only too happy to go down the same road and may even pay Russia handsomely for the technology to deliver it.

Inevitably online rights campaigners have been calling for Putin not to sign the bill into law and to change course.

A joint statement by ten NGOs including Reporters Without Borders (RSF), Human Rights Watch, and PEN International warned that the law was in breach of Russia’s human rights obligations and was a threat to Russian people’s right to information and press freedom.

Such appeals seem unlikely to carry much weight with the Putin regime. Their views on rights have been summed up recently by Senator Elena Mizulina in a quote which leaves most people scratching their heads in confusion at its contradictory nature.

“What are rights? They’re the biggest lack of freedom. I can tell you that the more rights you have, the less free we are… A ban is when the person is free because it says, ‘this is impossible, but with everything else — [you can] do what you want.”

Even if a sovereign internet is technically possible in Russia and can be afforded, it is not going to be created anytime soon. For the time being, things in Russia will remain as they are online for the time being.

But that still means that Russians have to tolerate an overbearing degree of online censorship, surveillance and control.

As such, while a VPN will likely be absolutely essential if Russians want to access the global internet in the future, they are also vital today too if any Russian citizen wants to access the internet freely and go about their business without fear of state intervention.