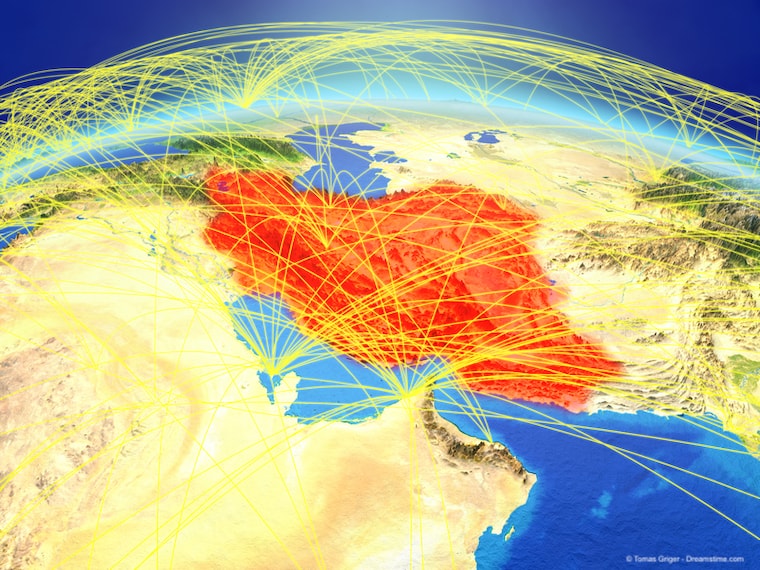 For year’s people have been warning about the potential risks of authoritarian regimes seizing control over their domestic internets. The Islamic Republic of Iran is currently demonstrating this to the fullest extent.

In cities across Iran, people have been taking to the streets in protests at the fast-rising petrol prices across the country. The response of the Iranian regime has been to instigate a near-complete shutdown of the country’s internet in an attempt to quell this dissent.

Why is Iran shutting down the internet?

The rapid increase in fuel prices has caused huge public unrest in Iran, something which the country’s strict theocratic rulers will not countenance.

The decision to shut down the country’s internet has been taking in a shameless attempt to try and prevent protestors from being able to organise themselves.

But it has also been taken with one eye on Iran’s international reputation. The last thing the regime wants is for the democratic world to see that the Iranian people are rising up against them. They are concerned that with international support, the people of Iran might be able to throw off the shackles of their rule once and for all.

So, while disrupting the protests is a key reason for the shutdown, so to is preventing Iranian’s from being able to send videos and images of the protests to the outside world.

Needless to say, this is not the first time that the Iranian regime has sought to disrupt internet connectivity. In recent months they have cracked down on VPNs and online messaging sites. There was even an internet shutdown back in January of last year amid different public protests.

But according to Freedom House, which monitors online freedom around the world, the current ongoing shutdown in Iran is among the most severe that country has ever seen.

“This is the most wide-scale internet shutdown that we’ve seen in Iran,” said Adrian Shahbaz, research director at Freedom House. It’s surprising to see the Iranian authorities block all internet connections rather than only international internet connections because the latter is a tactic that they’ve used in the past.”

How does Iran switch off the internet

Shutting down internet access in a country the size of Iran is no mean feat. Iran has a population of around 80 million people. But the regime in Iran has been preparing for a scenario like this for some time.

According to Wired, they have retrofitted their country’s internet infrastructure with a combination of technical implants and corporate agreements which hand regime officials the power to force ISPs in Iran to act according to their wishes.

The result is that when public protests, such as the ones currently being seen in Iran, or any other political crisis does emerge, the Iranian regime has the ability to act fast. But it still takes time and this shutdown has been notable for the phased shutdown that has been seen.

Netblocks, which monitors internet accessibility around the world has noted that it took around 24 hours to drop internet traffic in Iran to around 5% of its usual levels.

It is notable that regime officials, including the so-called ‘Supreme Leader’ Seyed Ali Khamenei, still have access and continue to use sites like Twitter which are blocked to all normal Iranian citizens.

The shutdown will have involved coordination with all the country’s ISPs and mobile data providers. These providers will have had a huge technical job including bypassing their own safeguards, to get their entire service offline. It is notable that Iran’s three main mobile providers, MCI, Rightel and IranCell, all cut internet access at about the same time.

The most severe internet outage yet in Iran

Such state demands have increasingly become the norm in Iran and it is clear from the events of this weekend that such a shutdown is not only possible but can be put in place in a remarkably short space of time.

This could be at least in part due to Iran’s development of their own domestic internet. This intranet is designed to allow Iranians to access vital services online while giving the regime complete control over the content and communications that people can access online.

It has not been fully rolled out yet but its development will have helped the regime to increase their control over the country’s infrastructure.

The timing of this shutdown has been influenced by circumstances but is still significant. Protests are continuing to rage in neighbouring Iraq which the Iranian regime may be fearful of spreading.

At the same time, Russia has just passed laws which hand it the powers to disconnect its own internet from the global network and, if needs be, shut down access entirely. Those who have defended this move and argued that Putin would never take such a step are seeing their case fatally undermined by actions in Iran.

The Iranian shutdown is part of a growing trend of authoritarian regimes seizing control of their own internet infrastructure in an attempt to suppress access to information and communications.

With the UN specifically highlighting government-led internet shutdowns as a human rights violation, it now remains to be seen if and how the international community reacts to this latest example.