Does IPVanish work with BBC iPlayer 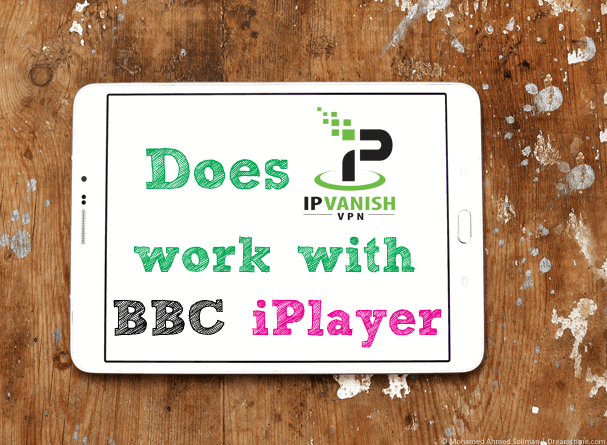 IPVanish is one of the biggest and best VPN providers and BBC iPlayer is one of the most sought-after streaming services. Combined they are two services that are most in demand across the world.

You're probably already aware that VPN services can allow you to access BBC iPlayer, but is IPVanish one of them?

In this guide I'm taking a look to see if IPVanish works with BBC iPlayer. If it does, how you can get it to work and if it doesn't what are your alternative options.

Does IPVanish work with BBC iPlayer?

Sadly, the short and quick answer is, No, IPVanish does not work with BBC iPlayer.

I tested their whole range of Glasgow, Manchester and Nottingham servers and none worked with BBC iPlayer. I also selected a handful of random London servers and found none of these worked either.

It's possible that there are one or two London servers working. However, after trying a few and finding none that worked it would be more effort to keep trying and more of a hindrance for yourself to do so.

So while IPVanish used to be great for watching BBC iPlayer this is no longer the case at the time of publication.

So, what are your alternatives?

VPN services that do work with BBC iPlayer

If watching BBC iPlayer is your only or main reason for using a VPN service or it's high on your list then this means you'll now be wondering about an alternative.

Two providers I found to work well with BBC iPlayer are ExpressVPN and NordVPN.

ExpressVPN is my number 1 choice when it comes to watching BBC iPlayer because I find that just connecting to their UK option which selects a server for you always results in BBC iPlayer working.

In fact, I have never connected to ExpressVPN and found BBC iPlayer not working. NordVPN also works well, but I prefer the simplicity of the ExpressVPN apps and they're ever so slightly cheaper when taking a longer subscription.

At the time it wasn't a requirement to own a UK TV License to watch catch-up TV and although that has now changed the BBC wanted to stop people watching their live service outside the UK.

Unfortunately if you were one of the many thousands of UK based users who use a VPN to protect your privacy you will have also been caught up in that net.

BBC iPlayer started to block the IP ranges of well-known VPN services and continue to do so regularly to this day.

As IPVanish is one of the biggest VPN services in the world, with what is probably a large percentage utilising the service to watch BBC iPlayer, it is relatively easy for them to block access to IPVanish connections.

Will IPVanish work with BBC iPlayer again in the future?

It's entirely possible that IPVanish will work with BBC iPlayer at any point in the future. This could be the day after this article is published or next year. Unfortunately it's unpredictable and in the hands of the BBC iPlayer gods.

As IPVanish add new servers, IP addresses and infrastructure it is likely these will allow you to use BBC iPlayer but IPVanish is not alone and like all VPN services access can be intermittent.

Unfortunately, although IPVanish did work with BBC iPlayer in the past it is now my experience that they are no longer working.

After trying a selection of IPVanish servers across the UK, I was unable to watch.

My recommendation therefore is to sign up to ExpressVPN which works with BBC iPlayer and works surprisingly well. Having tested ExpressVPN from the UK, Thailand and Australia I experienced no buffering on any service and found the apps to be incredibly easy to use. To learn more about IPVanish you can check out our full review.