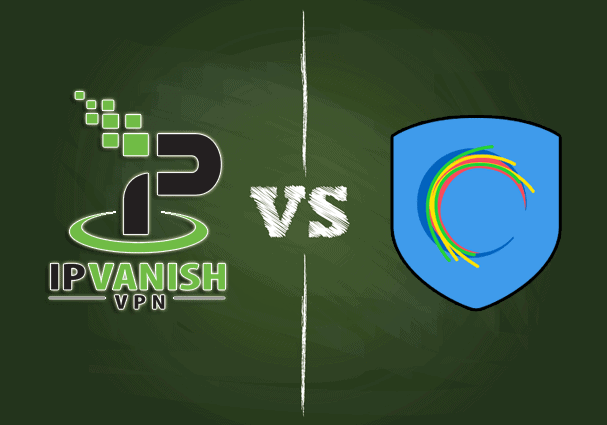 All VPNs have good points and bad ones which is one of the reasons why we are asked again and again how best to choose between providers. Both IPVanish and Hotspot Shield are well-known VPNs and many of our readers have approached us over which we would choose.

There are similarities and differences between them and deciding how to directly compare any two VPNs is tricky. But by analysing the content of our reviews as well as user feedback, we have identified five core criteria which experience tells us are used by the overwhelming majority of people when choosing a VPN.

So, using those criteria, we will put IPVanish and VPN directly against each other to see which we believe is the better provider. If you want to know our pick, just keep on reading.

IPVanish is a long-standing and well-known name in the VPN industry with a strong reputation built up over 5 years of successful operation.

In that time, they have built a sizable and loyal customer base built on their strong security provisions, fast connection speeds, and broad server selection. They have been our number one rated VPN for the past two years and this year achieved the highest overall score we have ever awarded.

Over five years, IPVanish has gone from strength to strength, but there is always room for more improvement of course, so can Hotspot Shield amount a challenge?

Some of IPVanish’s best features include:

The biggest downside to IPVanish is:

Read our Full Review of IPVanish

This is essentially a pared-back version of their paid-for service and AnchorFree claim to have had more than 500 million downloads in the 10 years they have been around. However, this is likely to be because on launch the Elite service was also free.

For those who have stuck with the free service, it does offer a full VPN connection but is supported by advertising which will no doubt annoy some. This disappears if you sign up for the paid version, but there are hidden advertising structures which appear to remain.

These involve Hotspot Shield’s malware service, which it has been recently revealed includes tracking software which records user activity and then sells it to advertisers. This news is likely to upset those using Hotspot Shield for Privacy purposes, but of course, there are other reasons for using a VPN too.

There is also a data limit for free users, which can get used up quickly, but for all that, they do offer for free a service that many others charge for.

Some of the positive features of Hotspot Shield include:

However, there are a number of flaws with Hotspot Shield which we were not so keen on. These included:

From what you have read so far, it would be easy to assume that IPVanish has a clear advantage over Hotspot Shield. But, for regular VPN users, it is only by comparing them using our five core criteria that we can reach any real conclusions. So, let’s do just that.

Whilst most users want to enjoy the benefits of a VPN, our feedback suggests they are not willing to pay any more than is necessary for the service.

IPVanish is available $6.49 a month for an annual subscription, which is not much more than a cup of coffee and places them about average amongst their competitors. For the service they provide, we would argue that they offer great value for money.

But it has to be said that Hotspot Shield is available for nothing and, even if you do upgrade to their paid-for version, which has no data restrictions, you will still only be paying $2.49 a month.

There is no denying that both versions are cheaper than IPVanish, so on this criteria, Hotspot Shield has to be the winner.

IPVanish offers access to PPTP, L2TP and OpenVPN protocols and employs AES-256-CBC encryption with a 256-bit RSA key. This is about as good as it gets on the security front in the VPN world.

They also offer a no logs guarantee and, despite being based in the USA, appear to have everything in place to guarantee user privacy.

On the encryption front, Hotspot Shield also offers decent security provisions. Whilst they only offer the OpenVPN protocol, they also use AES encryption with a 256-bit RSA key, which is good.

Sadly, they badly let themselves down on the privacy front. As we have noted above, they use tracking software to routinely record user activity which they then sell to third party advertisers. As far as we can tell, this applies to both the free and paid-for service and amounts to what can only be viewed as a serious betrayal of user trust.

As a result, IPVanish is the resounding winner in this criteria.

HotSpot Shield has servers in 22 separate locations, but their availability is rather confusing as they offer different servers in their app and browser extension as well as for free and paid-for users.

The app offers 20 different locations, but for free users only the USA is available. Meanwhile, if you are using the browser extension, you have access to 12 servers, but this includes Chile and Switzerland, neither of which are available on the app. In the browser extension, free users are also not allowed to use either the UK or USA based servers.

IPVanish, on the other hand, offers more servers and every user can access all of them. With servers in more than 60 countries and big numbers in those countries most in demand, users can be sure of accessing a server where they want with IPVanish.

Therefore, IPVanish has to prevail in this category.

Both VPN providers perform well here. IPVanish and Hotspot Shield both have software for users of both Windows and Mac computers.

They also both offer dedicated apps for both Android and iOS devices, which means their users can access their service on their mobile devices too.

Both also offer 5 simultaneous connections too, meaning with a single account you can connect up to five different devices to their VPN. However, as free Hotspot Shield users can only connect one device at a time, we will give this category to IPVanish by the narrowest of margins.

With many VPN users not being tech savvy, decent customer support is an essential part of the service and it has to be said, both providers could do better on this front.

IPVanish has a support ticket facility on their website which does respond quickly. They also offer a huge range of advice and guidance in the help and FAQ areas of their website too. But they do not offer live chat support which is increasingly the norm these days.

Hotspot Shield too are lacking a live chat support service, but they are deficient in other areas too. Their email support service regularly takes more than 24 hours to respond and information on their site is far from comprehensive or easy to seek out.

As a result, while they still have room for improvement themselves, IPVanish has bested Hotspot Shield here too.

So, as it turns out, our initial suspicions were correct and IPVanish is indeed our recommendation when comparing these two providers.

Hotspot Shield is undoubtedly the cheapest, but as the old saying goes, you get what you pay for. An IPVanish subscription won’t break the bank for most people and you will certainly get a vastly superior service for your money.

They have more servers, slightly better device compatibility, and significantly better customer support, although they do still have some scope to improve their offering in this category.

Most importantly, whilst their respective encryption provisions are broadly comparable, IPVanish is also solid as a rock on user privacy too, whereas Hotspot Shield is anything but. This is a crucial category and Hotspot Shield are badly lacking in this area.

Which is why we would recommend every VPNCompare.co.uk reader forego the small saving they can make from using Hotspot Shield and instead invest in a VPN provider they know has their back as well as providing one of the best all-round services on the market.

IPVanish is the best VPN of the two and by a considerable margin.