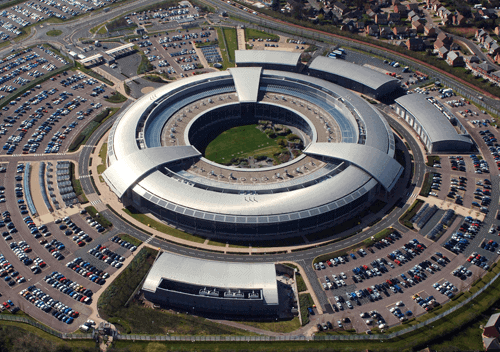 The UK’s “spy agency” the GCHQ has had a rough ride over the past few years due to the Edward Snowden revelations. Once the darling institute of the UK in wartime Britain, tasked with with breaking the Enigma code used by the Nazi party for communications it has somewhat become a love to hate institution. On one hand tasked with protecting the UK population, on the other tangled up within the complicated web of mass surveillance and what that entails.

Sir Iain Lobban who up until recently was the director of GCHQ has stepped down from heading the organisation in a meeting with other former GCHQ heads and assorted spy types that included the current head of MI6.

The work of GCHQ has changed dramatically from the war time era and now the majority of work will focus on online communications and related areas. Departing, Lobban chose to address the concerns of the public in relation to the suspicion now directed towards the agency since the advent of the Snowden revelations. Lobban gave a stark reminder of the purpose behind such agencies by stating…

“Those who would do us harm don’t want to be found. They choose certain routers or applications to hide in the darkest places of the internet. We have to enter that labyrinth to find them. We work to crack their defences“

Governments, especially those who find themselves in one of Five Eyes countries (USA, Canada, UK, Australia & New Zealand) face the challenge of protection of the public while having the finger of suspicion pointed at the various spy agencies due to the ways in which we know they carry out their intelligence gathering.

Lobban raised some interesting points in his departure in relation to the internet, its original ideals and the way it is now. It is true that the original internet as intended has changed beyond recognition in to a more commercial “product” which was not necessarily the intention but what it has evolved in to. Lobban remarked towards those who question the methods of the spy agencies stating… 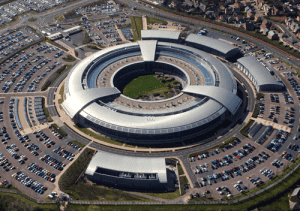 “We all now know that the beautiful dream of the internet as a totally ungoverned space was just that – a beautiful dream. Like all utopian visions, it was flawed because it failed to account for the persistence of the worst aspects of human nature. Alongside the blessings – the comprehensive information, the communities of interest, the commercial opportunities and efficiencies – there are the plotters, the proliferators and the paedophiles.“

Thanks to Edward Snowden we are now aware how organisations such as the GCHQ operate, how we should protect our online privacy and the way in which they mass vacuum information that isn’t required to find what they require. As has been stated by others, the information is merely hay and they are looking for needles, not at the surrounding hay. This ethos does not sit comfortably with the majority of the online world, however the response from the UK public has been somewhat more subdued than that of other countries with only specific groups and organisations taking up the argument surrounding mass surveillance.

In answer to critics of GCHQ, Lobban claimed…

“The people who work at GCHQ would sooner walk out the door than be involved in anything remotely resembling ‘mass surveillance’.“

As the world has learned from the US operation, the NSA, what is claimed by those in charge is not always the truth and there have been various claims made by NSA members that have been discredited by the information released by Snowden. While citizens should be able to trust those in a position to safeguard the security of a country it is somewhat difficult now that we are aware of what we know. Lobban stated that the agency needed to access the internet at scale following up with…

The role of agencies such as GCHQ has become a double edged sword situation, their whole purpose and operation is to operate in secrecy, but with secrecy and the revelations of the likes of Edward Snowden any such claims about what they store, have access to and can achieve, will be met with scepticism. What the individual believes is personal preference, however the closing comments of Lobban certainly give pause for thought in what we expect the agencies tasked with protecting us do and how they go about that.