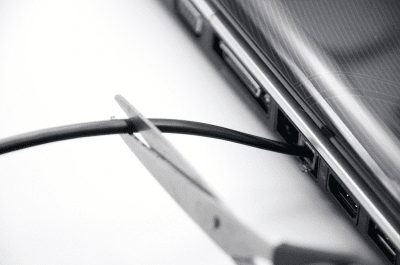 Earlier this month, several episodes of the ridiculously successful, Game of Thrones were leaked online prior to their release. Ernesto Van der Sar, of the popular news website – Torrentfreak, has stated that the first episodes have already been downloaded “hundreds of millions” of times.

HBO was not happy to learn that some of their hit TV show hit the vast world of the internet, so they have decided to take action. Since the incident, HBO has made several changes to their Terms of Use, and they’ve also announced that they were sending out notices to inform everyone that has downloaded or streamed an illegal episode of Game of Thrones of the consequences regarding the matter.

By now you’ve probably heard the recent actions HBO is taking to prevent anyone from downloading the leaked episodes of Game of Thrones season 5.

To briefly summarize the events leading up to HBO NOW policy changes, let’s reflect back. A total of four episodes were leaked online around April 6th of this year, being downloaded by Bittorrent clients and streamed online all over the globe. It is believed that the origin of the leak came from a special preview DVD sent to an HBO approved group of viewers, who were lucky enough to watch the show much earlier than the masses.

This incident was met by action on HBO’s part. The streaming giant has sent out thousands of letters to users that have downloaded the leaked episodes. HBO used the IP addresses of users to locate the connection on which the episodes were downloaded and has sent notices claiming copyright infringement.

Although many users have received these notices, those that used a VPN service to stream or download did not, as their identity remained hidden throughout the fiasco. While these notices hold no legal ramifications, HBO hopes to instil the potential consequences of privacy infringement and discourage other viewers from downloading illegally shared content.

Non-US HBO NOW users to be cut off

Following recent events regarding the leaked episodes of Game of Thrones season 5, HBO has announced plans to cut off its international subscribers entirely.

HBO has sent out letters to their subscribers residing outside of the United States, informing them of their breach of terms. They state that their HBO NOW service is not available to international viewers and that their account will be deactivated.

HBO has also included a message stating that if you received ‘this’ notice in error – you should call the provided number in order to convince them of your current country of residence. It seems that international, yet paying customers will have to look elsewhere to legally stream American shows like Game of Thrones. One HBO customer has commented, stating that he will begin downloading pirated copies of such shows from torrent sites, just to get access to the trendy shows.

HBO has already begun deactivating user accounts in Australia and has put pressure on other online streaming services to do the same. That being said, an HBO NOW competitor, Netflix, responded by reassuring their customers that its policy regarding the use of VPN’s in order to bypass international content barriers will remain unchanged.