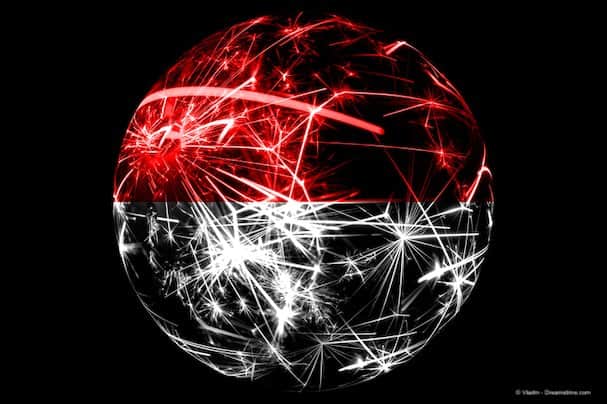 Indonesia has the highest proportion of VPN users in the world. Around 1 in every 3 internet users there use a VPN to bypass the online censorship habits of the country’s conservative Islamic government.

The Indonesian authorities are well aware that VPN use is common in the country but until now they have either turned a blind eye or decided there is nothing they can do.

But it seems that this is about to change with the government now threatening to block access to VPNs if they don’t comply with domestic laws and regulations.

Speaking yesterday to the Indonesian site Kompass [in Indonesian], the head of Indonesia’s Information and Communications Ministry (Koninfo) confirmed the threat.

Semuel Pangerapa, who is the Applications and Information Director General of Koninfo told Kompass, “The rule is that they must be licensed. VPNs are like ISPs in that they provide internet connections by way of users being connected to their servers. Whoever it is, we can just block them if they aren’t licensed.”

“If they want to operate in Indonesia, they can work together with existing ISPs so that they have permits,” he added.

The announcement comes at a time when VPN use in Indonesia has come under scrutiny for the first time in a while.

On May 21st and 22nd, the country held elections and, in keeping with many countries where the democratic process leaves something to be desired, the government decided to place restrictions on social media usage.

They argued that this social media ban was needed to stop the spread of misinformation and fake news related to the elections. But most ordinary Indonesians are convinced it was the government’s attempt to try and stop opposition parties from mobilizing their supporters and to stymie public protests.

But the popularity of VPNs in the country meant it was pretty easy for many Indonesians to bypass the ban. There was also a spike in the downloading of VPNs during that period too.

This obviously frustrated the Indonesian authorities who suddenly began to issue public warnings that VPNs could pose a risk to user privacy. While this is certainly the case with free VPN apps, it is a deeply unconvincing case to level against paid-for VPNs.

Now it seems that they are beginning the process of trying to block VPNs altogether.

If Indonesia does try to go ahead and block access to VPNs that refuse to comply with their online restrictions, they will become the latest in a long line of countries to go down this route.

Only yesterday, we reported on how Russia’s threat to block VPNs that refuse to comply with their online censorship programme has seen just one provider, Kaspersky VPN, comply.

Inevitably, the Communist regime in China has been trying to block VPNs for quite a long time now. Other countries including Uganda, Turkey, and even Zimbabwe have also gone down this road.

The problem they have faced is a simple one. It is almost impossible to block access to VPNs. Even China, with their boundless resources, have only enjoyed limited success.

The only real way to block a VPN is to identify the IP Address it is using and then block them. But this means millions of IP Addresses and creates other problems.

Some VPNs share IP Addresses which means you end up blocking lots of other sites as well. Others can easily change or obfuscate their IP Addresses to stop countries from identifying them.

The result is that while the rhetoric of blocking VPNs that refuse to comply with local laws sounds good, in practice it makes very little difference to any VPNs that are based outside the jurisdiction of that country.

It is no coincidence that in Russia, the only VPN to comply with the government’s demands is based in Russia. VPNs such as ExpressVPN, NordVPN, and IPVanish all flatly refused to do so and there is nothing the Russian regime can do about that.

We are not aware of any major VPNs that are headquartered in Indonesia. As a result, it is inconceivable that any of the major VPNs we recommend on this site will agree to censor content in line with the Indonesian government’s demands.

If the Indonesian government does start to make the same demands of VPNs as the Russians, they can expect the same response. ExpressVPN and their peers will never consent to censor content as that goes against the very remit of what a VPN is.

So, while Indonesian VPN users may be worried about the government’s statements, they have nothing to fear. As long as they use a quality VPN, there is no real danger of losing their service or the access to a free and open internet that they are entitled to.