Home » Guides » How to increase download speeds on your Xbox One

How to increase download speeds on your Xbox One 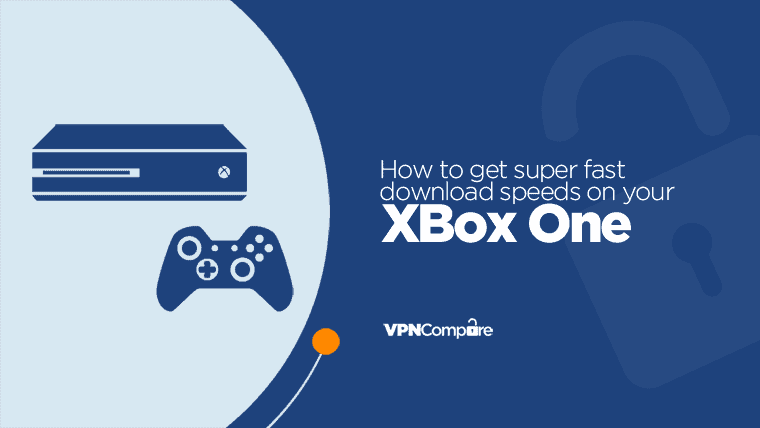 Most Xbox One users tend to have quite positive experiences with their device, which leads to hours upon hours of fun as they play their favourite games.

However, most of the games these days are quite large, and downloading them requires quite a bit of time.

If you're someone who suffers from slow downloads or you'd just like to get playing that bit quicker, this guide is for you.

Fortunately, most of us also have pretty decent internet speeds, so that cancels out rather nicely. The problem comes when your Xbox One starts experiencing slow speeds for no apparent reason.

Doing speed tests is no help, as they show that your internet speeds are as fast as ever.

However, when you start downloading games on your Xbox, you only get a few MB/s, which is unacceptable. Fortunately, there are several ways to fix this.

In fact, we know of 12 different methods that you can try, and we will explain all of them right now. There is no guarantee that every one of them will work, but anyone of them could fix your issue, so give them a shot.

Before we start with different steps, let's first see the state of your connection.

This could matter in the future, as you can see the default connection status right now, your speed and stability and compare them to the ones after taking one of the steps. 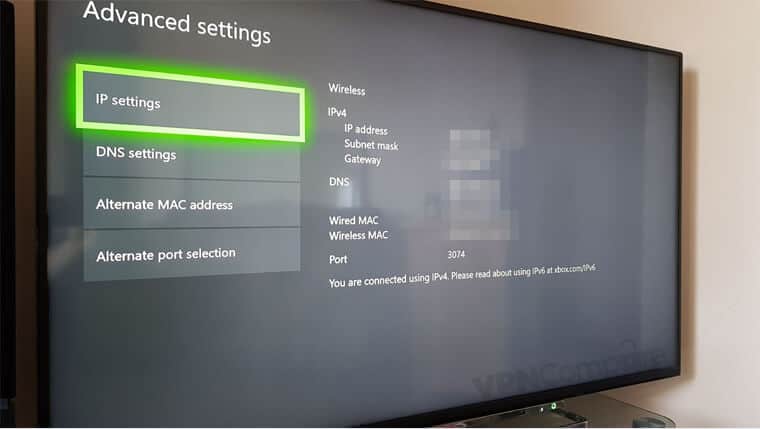 Now, let's take a look at the actual steps you can take to fix the slow speeds.

1. Have you tried turning it off and then on again?

This question has become so closely tied to IT that it became a joke about this method being able to fix anything.

However, there is a reason behind it, and that is the fact that most of the time – it works.

Of course, there is no guarantee that it will work 100% of the time. But, it is an easy thing to try out, and it could resolve your problem if the issue lies with the console itself.

Basically, all you need to do is restart the console by going to Guide on your Xbox One Home screen. Then go to Settings, and just select Restart console.

After the console gets back to work, you will notice that your downloads are marked as paused. Start them again and watch how the speeds react.

An even easier and quicker method you can try out would be pausing the downloads and then starting them up again. This one could work, although not nearly as often as restarting the device.

Still, it doesn't hurt to try, and it might just resolve your problem.

You can do it by following these few steps:

Depending on what the issue is, this may work or it may not. Still, it is a quick way to check and it is worth a shot.

One sure way to reduce your download speed is to overburden your connection by downloading multiple games at a time.

The system will try to download them all at once and give them all an equal amount of download speed.

However, you can quickly fix this by following the same steps from the previous method. Simply go to the ongoing download section and then pause all but one of them.

The one that remains should start seeing its speed go up, and once it is done, you can resume download on all the others, one by one.

As soon as one has downloaded, you can start the next one, until they are all safely downloaded and installed.

4. Close all apps and games running in the background

A lot of the time, your Xbox is experiencing issues because it is focusing on too many things at once.

Similarly to having multiple downloads, that can distract your console from focusing on the one thing you want it to focus on.

Sometimes, this can reflect poorly on the download speed, so try it out by doing this:

If you have started a new download, you might want to try waiting until it ends before you go playing any online games.

If you play something online, the majority of your bandwidth will go towards keeping your game running as it should, leaving little to nothing for the download itself.

If you're wondering why you're getting killed quickly, your download is likely causing the lag issue.

We understand that the idea of launching your Xbox the moment you get home is sometimes the only desire you have after a hard day at work or at school/university.

However, this might not be the best plan, as everyone else has the same idea.

These are quite busy times, and you are very likely to experience issues at this time of day, simply because the servers are getting overcrowded.

That's something that you can often expect, and it can be rather annoying and impactful on the performance of your Xbox.

UK internet users have complained about poor gaming speeds at peak times using some of the most popular internet providers. (Source)

It is probably better to just wait an hour or two longer and start playing and downloading your games once others start leaving to do other things for the day.

Or if you can, start downloads overnight or very early in the morning before you leave for school or work.

7. Wait until no one else is around

A similar thing also happens within your own home, provided that you do not live alone. Your roommates or family might be using up a lot of Wi-Fi for their own purposes, which can often impact your internet speed.

It might be good to plan your downloads for your alone time, when no one else is at home, or at least when you are as alone as you can get, and you can afford to take most of the bandwidth for yourself, without interruptions.

Again, downloading overnight should solve this.

If you have a lot of other internet-connected devices and you are using them at the same time, then you might be having the same problem that some people have with other family members.

For example, if you are watching Netflix on your Smart TV and playing a mobile game while your Xbox is downloading a massive game, your download speeds will be a lot slower than they could be.

Of course, if you have a good internet, this shouldn't be enough to make too much of a dent in your speeds. But, if you have a few more devices that are doing a few more tasks at the same time, you will likely notice it somewhere.

As you may know, your Xbox One has auto-updates that allow you to get all the new updates without having to install them manually, or even think about them.

However, sometimes, they can be massive. We are talking 50 GB-large, and possibly more.

Naturally, this can take a while to get installed, and if you try downloading a game at the same time, it would be little surprise if your speeds were terrible.

Of course, one solution would be to stop these auto-updates and start triggering them manually.

That will, of course, require you to regularly check for them and kickstart them, but at least you will know that they will not start at a time that doesn't work well for you.

Another thing to try is to ensure that you will have a steady connection by not relying on Wi-Fi at all.

Instead, try plugging an Ethernet cable into your Xbox One and ensure that there are no issues with your connection.

As long as your internet itself is good enough, you should be getting all the speeds you need, as your console gets direct access to the internet.

PCGamer ran tests comparing Wi-Fi and Ethernet speeds concluding “As one might guess, the Ethernet connection was indeed the best, and the only one that had a ping of zero milliseconds”. (Source)

If your Xbox is located far from your internet router and you're using Wi-Fi, then your speeds will definitely suffer.

This solution may get a bit technical, which is why we have left it for one of the last ones. It revolves around changing your Domain Name System settings, which is a big part of browsing, as its job is to translate web domains to IP addresses.

Your DNS settings were given to you by your internet provider, and if you never changed them, they should all still have default settings.

While this usually works well, it might sometimes cause issues, which is why you might want to try switching to another DNS service offered by a third party.

Some of the best options out there for Xbox include OpenDNS and GoogleDNS. You can do this rather quickly by following these few steps:

Our last solution is to try using a VPN to tackle the speed issue.

Now, you may have heard that VPNs tend to reduce your internet speeds, which might make you think that this does not really make sense as a solution for improving the download speed.

And that much is true; they do affect your speeds because they are encrypting your data.

Not to mention that the physical distance of the server you have connected to will also affect how much the data needs to travel, and how fast the speeds will be.

However, a VPN will make your speeds more stable, instead of having them go up and down. More than that, it might help you if your speed problems come from your ISP or the route from you to your download.

You see, ISPs do not like it when you use too much bandwidth.

It is heavy on their servers, and they prefer it if you use only small amounts at once. This is why they tend to throttle users' speeds whenever they stream too much, or use torrents, or download large files on their Xbox, for example.

If you start using a VPN, they will have no idea what you are doing, and you will finally have some stable speeds for your downloads.

The best choices here are services such as ExpressVPN or CyberGhost, but you may need to invest in a dedicated VPN router like the Invizbox 2 to cover your Xbox and other devices.

One of these solutions is likely to help, and it is always possible that you were experiencing issues due to several of them at once.

Imagine how bad your speeds would be if your entire family was using the Wi-Fi during the busy time while you were downloading one game while playing another, and an online one, at that.

Eliminating all of these issues would likely make your speeds skyrocket, and even following one or two would probably have a noticeable effect.

Did any of these tips work for you or have you found some even better ones that give you super speeds? Let us know in the comments section below.