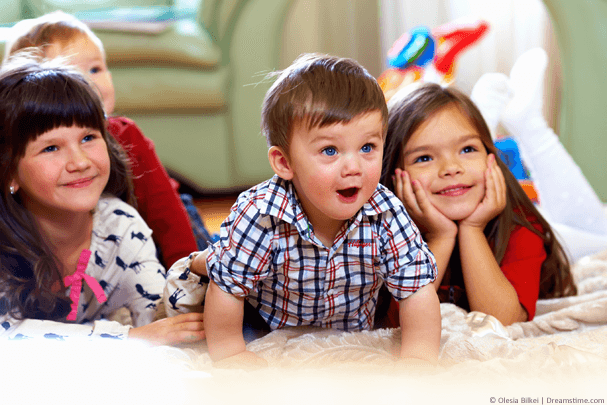 CBeebies is without question one of the best children’s TV channels in the world. So if you’re a parent abroad with little ones it can be really disconcerting to find it not available.

In this guide I’ll be showing you the really simple steps you can take to watch CBeebies abroad in any country. So, yes, that means you can watch CBeebies in Australia, America, Canada, Spain, Japan or anywhere else on the planet!

If you’ve got small kids then you’ll know how dedicated they are to CBeebies shows. Peter Rabbit, Bing, Numberblocks, Bedtime Stories, Teletubbies, Mr Tumble and a whole host more get watched over and over. How many times can kids watch the same show? I often wonder.

What you’ll need to watch CBeebies

If you’re outside the UK and you’ve already tried to watch CBeebies on BBC iPlayer then you’ll already know you’re blocked.

To bypass this block you’ll need to get yourself a VPN subscription. It comes as a small app you download for your device that lets you unblock BBC iPlayer allowing you to watch CBeebies abroad anywhere in the world.

All good VPN services work with Android, Apple iOS, Windows, Mac OS and some even with the Amazon Fire TV Stick.

I recommend using ExpressVPN because in my tests I found them to be the best. They also work with all devices including the Amazon Fire TV Stick which most don’t.

If you’ve got time to shop about, the following three all make good choices.

All you need to do is choose one of the three providers above and sign up for their service. I suggest ExpressVPN, they’ve got a huge 30-day money back guarantee just in case you can’t get it working.

When you’ve finished signing up follow the steps below to find out how easy it is to use the VPN to watch CBeebies abroad.

How to watch CBeebies abroad

Follow the simple steps to get started. This will take no more than a few minutes and your kids (or you) can be watching as much CBeebies as you want anywhere in the world.

How to watch CBeebies abroad Step-by-step:

It will take about 15 seconds for the ExpressVPN app to get connected. Once it has connected any apps you use or websites you visit will think you’re in the UK.

Instead of seeing a block message telling you that you’re out of the country you’ll now be able to watch CBeebies as if you were in the UK.

Best of all is you can also use it to watch other programmes on BBC iPlayer. So when your little ones are tucked up in bed you can watch BBC One, Two or any of the other channels and UK TV networks like ITV. All with the one VPN service.

There are no restrictions on how long you can stay connected or how many times you can connect or disconnect. So let your kids watch and re-watch as much Mr Tumble as they want (or as you can stomach!).

Does this work on mobiles and tablets?

Definitely. It’s actually easiest to watch on a regular computer or laptop because apart from the ExpressVPN app (or app from one of the other providers) you don’t need any additional apps to watch.

However, if you want to give your little one a tablet or phone to watch CBeebies on then this will also work.

If you’ve got an Android tablet or mobile then you’ll need to download it from APK Pure.

If you’ve got an Apple iOS phone or tablet then you’ll need to read this guide and follow the instructions to download BBC iPlayer outside the UK.

Then use the VPN as advised earlier in this guide to unblock CBeebies.

Will this work on an Amazon Fire TV Stick?

Yes. If you’ve got either an Amazon Fire TV or Fire TV Stick generation 2 (the one with Alexa voice remote) then this will also work fine.

You’ll need to install either the Firefox or Silk Browser web-browser on your Fire TV Stick and visit the BBC iPlayer website directly. This won’t work with the BBC iPlayer app.

For this you’ll also need to choose ExpressVPN as they’re the only provider who supports the Amazon Fire TV Stick devices. Just follow the steps from earlier in this guide to watch CBeebies abroad on your Fire TV Stick.

Conclusion: How to watch CBeebies abroad

To watch CBeebies abroad you’ll need to get a VPN subscription.

A VPN is an app that lets you unblock BBC iPlayer allowing you to watch CBeebies abroad from any country in the world.

I recommend using ExpressVPN to watch CBeebies abroad and you can get them by signing up using the button below. It’s worth taking their 12-month package because it’s nearly 50% cheaper than paying monthly.

Once you’ve signed up download their app for your device and connect to the United Kingdom.

You can then watch CBeebies on the BBC iPlayer website or by using their app from any country on the planet.

What country are your kids wanting to watch CBeebies in and how easy did you find the above process? I would love to know so why not post in the comments section below.