How to watch 60 minutes in the UK 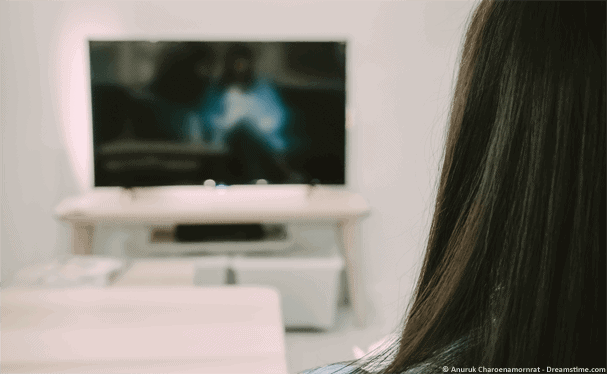 60 Minutes is one of the most successful American shows of all time. Covering everything from public interest pieces to gritty topics and everything in between.

With such important topics covered you would think it would be easy to watch in 60 Minutes in the UK, or in others countries too, but it isn’t.

In this guide I’m going to show you the really easy way how you can watch all the latest episodes of CBS’s 60 Minutes in the UK. It’ll also work for other countries too so if you’re somewhere else you can also follow this guide.

For this you’ll need an additional app known as a ‘VPN‘ from a provider such as my recommended one, ExpressVPN. I’ll cover this in more detail below though.

The first thing you’re going to need to do is to choose and sign up for a VPN service. If you’ve never heard of the term ‘VPN’ before then don’t worry.

A VPN is a completely legal privacy tool and one of the features is allowing you to disguise your location. It’s this that allows you to watch 60 Minutes in the UK or elsewhere.

My favourite VPN service is ExpressVPN because they’re easier to use than most and they support a larger range of devices. However if you’ve got time to shop around then take a look at the following 3 options.

It’s definitely worth considering ExpressVPN as they’ve got a deal allowing you to get 3-months free on their 12-month package. This will save you 49% over paying on a monthly basis.

They also have a 30-day money back guarantee so if you’re a little worried that it might not work or you won’t be able to get it to work then you’re covered. It’s totally risk-free.

Once you’ve decided on a VPN service and signed up follow the steps below to watch 60 Minutes in the UK.

How to watch 60 minutes in the UK

Now you’ve chosen a VPN to watch 60 Minutes in the UK you’ll need to set it up. This is really simple and will take you less than 5 minutes.

I’m using ExpressVPN as my example but it’s almost the same process with the other providers too. Skip the first step if you’ve already signed up.

How to watch 60 Minutes in the UK Step-by-Step:

Watch 60 Minutes in the UK with ExpressVPN.

Now you’re connected to the VPN service any websites or apps you use will think you’re in America.

This allows you to unblock and watch 60 Minutes in the UK or in any other country.

It’s also worth remembering that you’re not just limited to watching 60 Minutes either. You can of course watch other CBS shows and other networks entirely. Why not use your VPN subscription to watch American Netflix too?

Time to get a VPN? Try our recommended VPN service provider

Will this work on my mobile or tablet?

It’s easiest to watch 60 Minutes on a regular computer or laptop because apart from the VPN app you don’t need anything additional. Simply connect to the VPN app and then visit the CBS 60 Minutes website.

However, if you want to watch on your mobile or tablet then Yes! it’s definitely possible and it’s not too hard either.

You’ll need to download the CBS app. If you’re an American travelling/living in the UK then this is really simple. Head over to your usual app store and install it.

If you’re not from America then you’ll need to side-load the app which involves grabbing it from another site which mirrors the app store.

For Android point your browser to : https://tinyurl.com/y7xhu4gd

You’ll be able to download the app and install it on your mobile. Then use the ExpressVPN app to connect to the United States.

For Apple iOS you’ll need to consult this guide on how to install apps outside their intended country.

What is 60 Minutes and when is it shown?

60 Minutes calls itself the “most successful television broadcast in history”. I’m not sure what they base this on and while I’m not sure it’s 100% accurate it is a hugely successful TV show.

The show started way back in 1968 and has been covering important topics ever since. Classed as a ‘news-magazine’ television show it has been ranked highly in both the ’50 Greatest TV shows of all time’ and the ’60 Best Series of all time’.

60 Minutes is usually shown every Sunday between 7 pm and 8:30 pm depending on other broadcasts on the CBS network.

Conclusion: How to watch 60 Minutes in the UK

Watching 60 Minutes in the UK or any other country outside America is really easy.

For this, you’ll need to get a VPN service. There are hundreds of companies who offer them. I recommend ExpressVPN.

They’ve got a 30-day money back guarantee which means it’s totally risk-free. They’ve also got a promotion if you take a 12-month service they’ll give you 3-months on top entirely for free. This saves you 49% over paying on a monthly basis. Well worth it in my eyes.

Now you’re connected you can head over to the CBS 60 Minutes website or use their app to watch 60 Minutes in the UK or anywhere else in the world!

What’s your favourite thing about 60 Minutes? I would love to know your thoughts or if you get stuck, why not post in the comments section below?