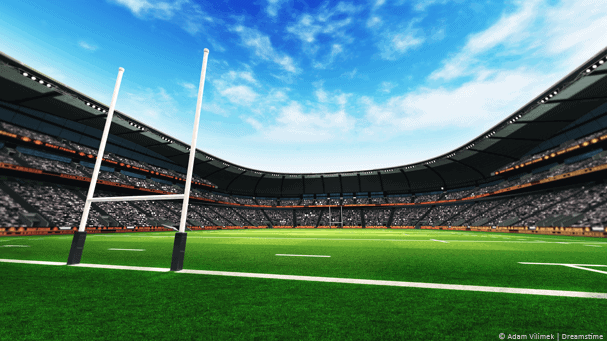 The Rugby League World Cup Final 2017 is upon us and Australia take on England in what is bound to be an explosive occasion.

If you’re currently abroad outside the UK, outside your home country or just in a country that doesn’t show the final then your options are usually limited to nonexistent.

In this guide we’re going to show you how you can watch the entire Rugby League World Cup Final live online from any country in the world and to do it all you’re going to need is a little app called a VPN and to follow our 5 simple steps.

There is no expensive pay-per-view, no dodgy or sketchy websites and you’ll be able to watch in high quality with English commentary. So let’s get started.

By far the easiest method to watch the Rugby League World Cup is on a desktop, laptop or other similar computer.

Just follow the 5 simple steps below and you’ll be watching in no time.

It takes under 30 seconds for the IPVanish software to connect on either a Windows or Mac computer.

Once it’s connected you should visit the BBC iPlayer website. If you don’t already have an account then you’ll need to create one, if you already have one then you can simply login.

Under Channels select BBC One and you’ll be able to Watch Live. Don’t forget you’ll need to confirm that you already have a UK TV Licence by pressing Yes.

If you have any problems see further down in this guide on how to fix them.

If you want to watch the Rugby League World Cup Final or a mobile or tablet device running Android or Apple iOS then you’ll already need to have the BBC iPlayer app installed on your phone or tablet or this method won’t work.

If you don’t have the app installed on Android then you’ll need to download BBC iPlayer and BBC Media Player below:

If you need to download it for Apple iOS you’ll need to follow this guide on how to install iOS apps out of country.

If you do already have the app installed then follow the simple instructions below.

After 15 – 30 seconds the app will let you know it has connected.

You should now launch the BBC iPlayer app on your phone or tablet. Locate BBC One and you’ll be able to watch the Rugby League World Cup Final live wherever you are in the world on your mobile device.

If you run into problems see below.

If you connect to the IPVanish app and visit the website or launch the BBC iPlayer app and you’re still told you’re not in the UK then there are two common reasons and two easy fixes.

The first is computer based. You should open your web-browser in InPrivate or Incognito mode.

You can do this on Internet Explorer by pressing Safety in the top right-hand corner and selecting InPrivate Browsing.

On Google Chrome you should press the three dots in the top right-hand corner and select New incognito window.

On Firefox press the three lines (also known as a hamburger) in the top right-hand corner and select New Private Window.

Sometimes the VPN locations (otherwise known as servers) become blocked by BBC iPlayer which will affect both computer and mobile devices.

To fix this you should select another location, for example Glasgow or London and try multiple servers. You can also try different servers in the Liverpool, Manchester and other regions.

You should then visit BBC iPlayer fresh either by launching the app or by visiting Inprivate mode on your web-browser.

When is the Rugby League World Cup Final 2017 shown

The final takes place in Brisbane, Australia with a local time kick-off of 19:00.

Brisbane is 10 hours ahead of the UK which means kick-off will start at 09:00 on Saturday morning UK time. You can tune in from 08:30 GMT to follow the pre-match coverage.

The final takes place at Brisbane’s Suncorp Stadium which is just a 3.5km hop from Brisbane City Centre.

Australia vs England Final Who Will Win

Australia without a doubt has the strongest history in the tournament winning no fewer than 10 times and being runners-up 3 times.

England, on the other hand, has everything to prove having never reached the final as an independent team, having only been victorious under the Great Britain banner back in 1972.

The last victory for England is as far back as 1975 and even that wasn’t as champions but only as runners-up of the tournament.

Australia, on the other hand, is current champions having defeated New Zealand back in 2013.

England will be relying on their all-forward bench to lead them to victory and after injury to Josh Hodgson they’ll be relying on replacement James Roby to take care of business.

Australia is in a strong position and aren’t expected to make any changes fielding the same team they’ve played for the past 3 weeks. Which isn’t a bad idea as it has brought them to Saturdays Final.

Unsurprisingly the Australia NRL pundits are predicting an Australian win but more reliably so are the betting odds. At Australia to win 1/5 vs 13/2 England to win, it seems wise to put money on Australia.

You can watch all of the Rugby League World Cup Final action live online from anywhere in the world by getting a VPN clicking the button below and following the instructions from earlier in this guide.