How to watch the Graham Norton Show abroad: Beginner’s Guide 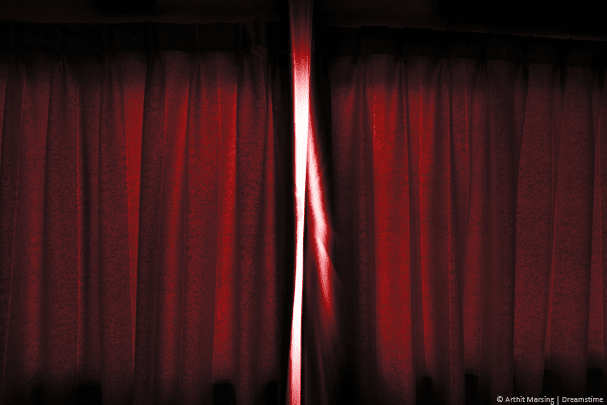 Graham Norton is the undisputed king of British chat shows right now with his irreverent mix of humour, star names, and silly games drawing a huge audience to his prime-time BBC show, The Graham Norton Show.

It is a highlight of the week’s TV schedules for many, but how can you watch it if you are overseas? In this guide, we will explain with a clear and simple instructions that anyone can follow how to use an app called a VPN to watch.

How to watch the Graham Norton show abroad

The Graham Norton Show is available online via the BBC iPlayer, but that service is only available to people in the UK. So, to access it from overseas you will need to sign up for a VPN.

A VPN, or Virtual Private Network, is a small and simple bit of software which can be installed on your Windows or Mac computer or mobile device and can fool the iPlayer into thinking you are in the UK when you aren’t.

A decent VPN is not free, but they should only cost around £5 a month, with options to sign up for either one month or on an annual basis depending on your needs.

To use a VPN to access the BBC iPlayer and watch the new series of the Graham Norton Show, just follow these simple instructions:

Once IPVanish has established a connection, you will be able to access the iPlayer as normal and watch The Graham Norton Show and indeed any other programme you wish.

IPVanish isn’t the only VPN on the market right now and if you aren’t keen on what they have to offer, there are a couple more providers that we recommend for accessing the BBC iPlayer abroad.

Alternatively, if you’ve got plenty of time and want to dig a little deeper, why not take a look at our VPN Comparison Guide which gives you the lowdown on 20 of the best VPN providers around right now.

Watch the Graham Norton Show from anywhere in the world

Once you have signed up for a VPN, you will be able to watch the Graham Norton Show from anywhere in the world. That means that it is an ideal solution for ex-pats based abroad, holiday-makers, or even business-people jetting from one hotel room to the next.

Whatever your circumstances, if you want to enjoy this uniquely British show, you can do no matter where you are, with a VPN.

And there is more. Because as well as unlocking the Graham Norton Show, you can use your VPN to access any show you like on the BBC iPlayer. And it will also let you access other British online streaming services such as the ITV Player and Sky Go too.

That means you never have to miss another show because you are overseas again. Plus a VPN also offers online privacy and security benefits too, meaning that there is no risk of hackers or prying access taking a look at what you are doing online while abroad.

Why is the Graham Norton Show blocked overseas?

The Graham Norton Show is a BBC programme and only available online through the BBC iPlayer streaming service. The BBC is very protective of its streaming service because it buys the rights to a lot of programmes from external production companies and is not allowed to show this programmes outside the UK.

As a result, they use something called geo-blocking to stop people outside the UK watching the iPlayer. This works by looking at each users IP Address. An IP Address is a small code attached to every internet connection which identifies where that location is based.

This means that the BBC can see where every visitor is based and decide whether or not to let them view their shows online. But a VPN allows users to change their IP Address from one country to another, so if you connect to a UK-based VPN server, the BBC will think you are in the UK and let you watch the iPlayer without blocking it.

The new series of the Graham Norton Show

The new series of the Graham Norton Show promises to be one of the best yet. As always, there will be Graham’s irreverent mix of jokes, innuendo, audience interaction, and games. Plus, there are a whole host of A-list names lined up to appear too.

Harrison Ford and Ryan Gosling, two of Hollywood’s biggest names, will be joining Graham on the sofa to talk about their sequel to the cult movie Blade Runner. Set 30 years after the original, Blade Runner 2049 takes the sci-fi classic in a whole new direction.

Meanwhile, two of Hollywood’s leading ladies will be appearing too. Margot Robbie will be talking about her new biopic of the writer behind the Winnie-the-Pooh stories, AA Milne, which is called Goodbye Christopher Robin. While Reece Witherspoon will also be appearing to promote her new movie Home Again, about a recently separated woman who invites three men to live in her guest house.

There will be plenty more names appearing throughout the series as well. It all begins on September 29th at 10.35pm UK time, with subsequent episodes on Saturday evenings at the same time.