Home » Guides » Articles » How to watch The A List abroad 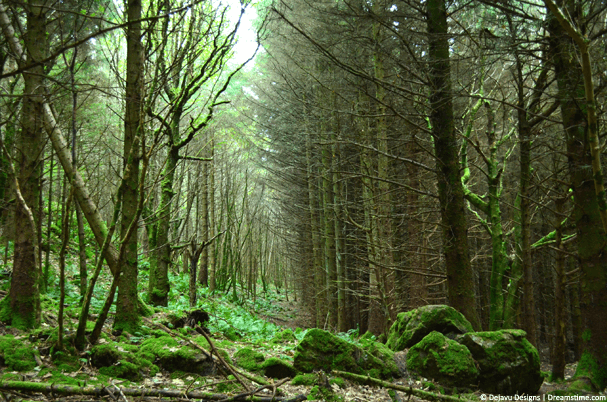 If you’re a Riverdale fan then you’ll definitely have heard of the BBC’s new hot drama, The A List. In this guide I’m going to show you how you can watch The A List abroad from any country in the world.

So if you’re a Brit abroad, travelling, an expat, on holiday or whatever reason you’ll still be able to watch this brand new drama.

The A List is set in Scotland and produced by the BBC, it takes a typical British outlook on what’s become an American classic. Taking parts from both Riverdale and Stranger Things it’s a supernatural drama that the BBC hopes will pull a teenage audience away from Netflix and on to their online BBC iPlayer streaming service.

So if you want to give this new 13-part drama a whirl read on to find out how you can watch from abroad.

The A List is available to binge watch in all its glory right now on BBC iPlayer. That’s the online streaming service from the BBC if you didn’t know (I’m sure you did).

The problem is when you visit the BBC iPlayer site or use their app outside the UK you get blocked. The reason is obvious, you’re not in the UK.

You’ll be happy to know there’s an app called a VPN that will make it look like you are in the UK allowing you to watch The A List in any country.

For this you’ll need to sign up to ExpressVPN which will cost you a couple of pounds (or dollars). Depending on how long you’re abroad for you may want to consider their 12-month package because it’s nearly 50% cheaper than paying monthly and you’ll be able to watch other UK shows on BBC iPlayer and other services.

I’ve put together a step-by-step guide showing you where to get a VPN and how to use it to watch The A List abroad.

To watch The A List abroad you’ll need to grab yourself a VPN app. Below I’ll show you how you can do that and how easy it is to use.

You can either binge-watch every episode or you can disconnect and reconnect in the future if you want to continue watching at a later date.

The entire The A List has been released in one go in a similar fashion to a Netflix series. You might be surprised how many episodes you can get through before you finally have to call it a night and go to sleep.

Don’t worry though you can reconnect to the VPN at any time to continue watching.

ExpressVPN isn’t the only VPN service but they are my favourite because they’re really easy to use and they’ve got a money back guarantee.

If you’ve got time to shop about then you may want to check out some of the other options, although they all basically do the same job.

It’s worth knowing that not all VPN apps work with BBC iPlayer. While there are hundreds of providers of VPN apps out there many are blocked by the BBC iPlayer service.

Three that I recommend and do work that will allow you to watch The A List abroad are:

All the services work the same. The only difference is their apps look a bit different. However, you will be able to watch The A List abroad with any of them.

If you don’t know too much about The A List then you’ve definitely been abroad too long.

It’s the brand new teen drama from the BBC taking its lead from blockbuster shows such as Stranger Things and Riverdale.

However, the twist for The A List is it’s typically British. The cast is made up of a mixed bag of characters representing modern Britain. The lead actress in The A List, Lisa Ambalavanar even remarked that it would be the reason she would have watched the show growing up for this very reason alone.

Where’s the show set and who is in it?

The A List is set in the highlands of Scotland. This gives it a good background for the sometimes supernatural elements.

The show sees 12 teens come together at a holiday camp and get to know each other, for better or worse.

Ellie Duckles and Lisa Ambalavanar will be the most recognisable faces in the show having previously featured in Doctors and the Netflix show, Safe. Other cast members are made up of mostly newcomers including Michael Ward, Savannah Baker, Rosie Dwyer and Jacob Dudman.

To watch The A List abroad you’ll need to sign up for a VPN service from ExpressVPN.

You can do this by clicking the button below to visit their website.

Once on their website sign up for their service and download their app. Then connect to the UK on the app. You’ll now be able to watch The A List abroad from any country in the world.

Have you started watching The A List abroad? What do you think of it? More importantly, how do you feel it compares to US shows such as Stranger Things and Riverdale? I would love to hear your thoughts so why not post in the comments section below.

Check out these other useful articles: