Home » Entertainment » How to watch Russian TV in the UK

How to watch Russian TV in the UK 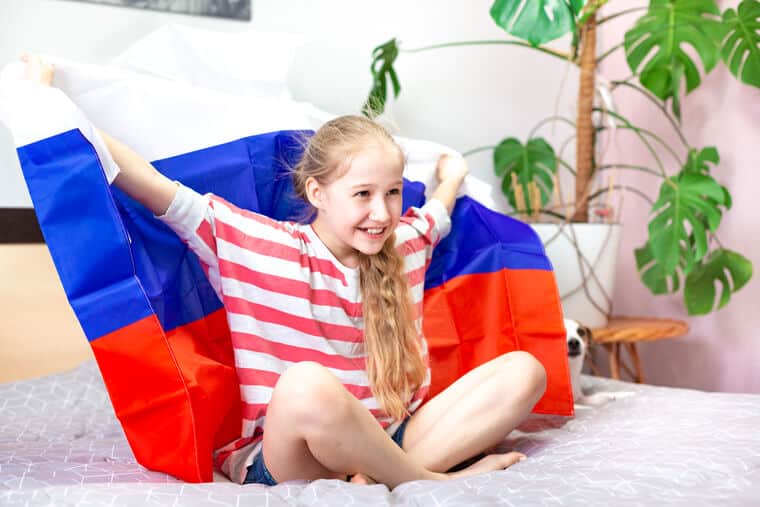 Russians living in Britain, there are hundreds of thousands now, many Russians choose to make the UK home and in particular London.

In 2016, it was estimated there were over 66,000 Russian born Russians in the UK and watching Russian TV in the UK is of particular interest to the large number of Russians who call the UK home.

London is often referred to as Londongrad and newspapers report that it is no longer possible to speak Russian discreetly on the London underground as there will most likely be a fellow Russian who could understand you.

Quite a change from the 1970's when Russians first started arriving.

So how can you watch Russian TV in the UK? Read on and our small guide will show you how.

How can I watch Russian TV in the UK?

There is a handful of Russian TV stations that show Russian TV online and this is one of the easiest and most convenient ways to watch Russian TV both in the UK and elsewhere.

Unfortunately, the majority of Russian online TV streams are restricted to Russian internet connections only.

One good Russian TV station online is 1TV.ru who stream many popular Russian shows online including some exclusives like live boxing for free such as the past Floyd Mayweather vs Manny Pacquiao fight.

So not only can you get access to everyday Russian shows but also some exclusive sporting events that cost money in other countries but not on Russian TV.

1TV.ru stream up to 5600 Kbit/s which provides a very good quality picture and with 1TV not the only online Russian stream you have lots of choice. 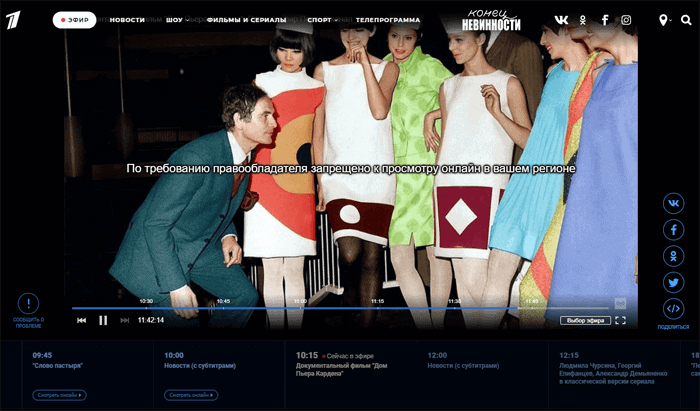 So the solution to watching Russian TV online from the UK is to pretend you are in Russia.

Every internet connection is assigned an IP Address which reveals your true physical location, if you're outside of Russia then Russian TV channels will block you from viewing online.

It is possible to get a Russian IP Address even if you're in the UK or elsewhere and this is done by using the service of a Virtual Private Network provider or VPN for short.

Where can I get a Russian VPN provider?

VPN services are provided by many companies around the world but for the purpose of watching Russian TV in the UK you need one that offers Russian IP Addresses also known as a Russian VPN Server.

Three providers that we recommend that do have Russian VPN Servers are :-

There are plenty of other good providers so if you want to search around then feel free to consider our VPN Comparison Guide as it is a good start to search VPN providers that we approve of.

How do I use the VPN to watch Russian TV

Once you've signed up to one of the providers above you will be provided with links to download either software for your Windows or Mac computer or apps for Android or iOS devices such as the iPad or iPhone. 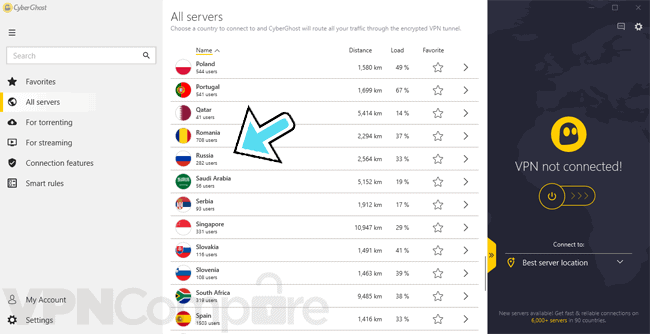 Rather than being blocked like you would without a VPN it will now stream you Russian TV as if you were in Russia because as far as the site is concerned it thinks you are in Russian even though you're in the UK or anywhere else in the world.

There is no limit to how many devices you can use the service on and most allow 5 or more concurrent connections meaning you could use the VPN service on one device at the same time as another allowing two family members to watch two different things.

Missing Russian TV when you're in the UK is a problem.

Thankfully, but using a VPN from CyberGhost VPN or one of the other recommended providers above you can access any Russian online streaming service in Britain.

Sign up for CyberGhost, download their app, connect to Russia and get ready to watch and unlimited amount of Russian TV.