How to Watch Prison Break Season 5 in the UK 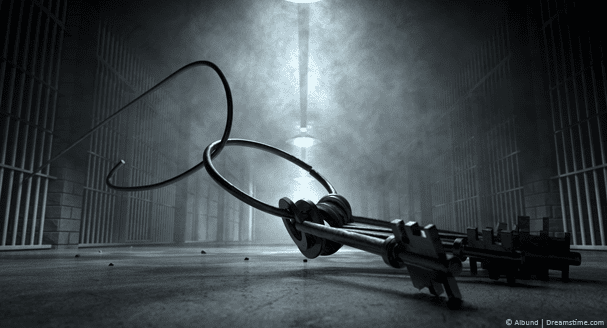 Prison Break is back and if you’re as excited for this as I am then you won’t be able to wait.

Prison Break Season 5 will be shown on Fox in the United States on 4th April 2017 at 9 pm and then be shown every week for another 8 episodes.

Unfortunately if you live outside the US in the UK for example then you’re going to have to wait until April 10th and that’s only if you have an expensive cable subscription.

If you live elsewhere in the world then you may have to wait even longer or it might not even be shown on TV in your country.

In this guide I’m going to show you the incredibly easy way you can watch Prison Break Season 5 on 4th April in the UK and elsewhere in the world outside the United States and the rest of the season too.

How to Watch Prison Break Season 5 in the UK

You’ll need to visit the Fox Now website. The problem is if you’re in the UK rather than being able to watch Prison Break Season 5 you’ll be blocked from viewing with a message similar to the following.

The reason you’re blocked is obvious, you’re not in the United States.

The great news is there is a little tool called a VPN that will allow you to alter your online location and so rather than see you’re in the UK or elsewhere in the world, the Fox Now website will see that you’re in the United States.

There are many different companies selling VPN services these days.

To watch Prison Break Season 5 in the UK or elsewhere in the world you’ll need a VPN service that is fast. Streaming video is a speed intensive task so it’s important you get a fast VPN.

I’ve tested a range of VPN services to find out which is best for watching Prison Break Season 5 and I found that IPVanish gave the best results.

If you want a selection of choices then the following three services are my recommendation for watching:

All you need to do is click on one of the names above to visit their website and sign-up. Once you’ve signed up read below where I’ll show you the simple steps you need to use the VPN to watch Prison Break Season 5 in the UK or anywhere else in the world.

Now you’ve signed up you need to download the software for your Windows PC or Mac computer. You can download apps for Android and iOS devices too but you’ll need to already have the Fox Now app installed on your device.

You can get the Windows and Mac software from the VPN service website.

Once downloaded and installed you should run it. You then need to select a United States server and connect.

Once connected you can visit the Prison Break episodes page where you’ll be able to watch soon after it has aired on live TV.

If you’re still a bit confused then I’ve put together a simple step-by-step guide using IPVanish on a Windows PC, but the process is the same on a Mac too.

After about 15 seconds the IPVanish software will connect.

All that is left to do now is visit the Prison Break Episodes page.

Michael and Lincoln are back!

After we all thought Michael died in the last season it seems we were wrong.

Like any good story, it has been promised that there is a good reason why Michael didn’t actually meet his demise and no doubt you’ll be eager to discover why.

Michael, Lincoln, Sara, Sucre, C-Note and of course the creepy T-Bag all make a return in Season 5 giving an almost unchanged cast from the original seasons.

There are not many spoilers at the time of writing this article but whatever happens, Season 5 promises to be exciting as we catch up with Michael, Lincoln and the gang.