How to Watch Indian Super League Football in UK 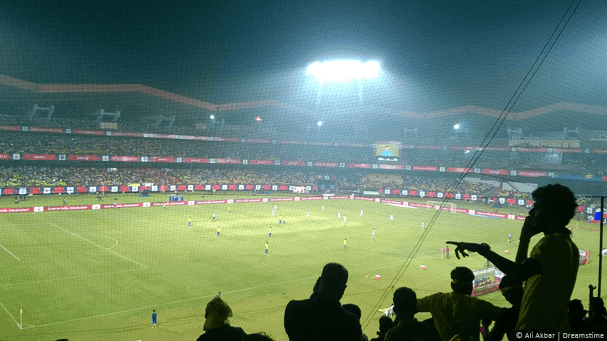 Indian Super League football has become big after only starting out in 2013 and in this guide I’m going to show you how you can watch anywhere in the world.

The Indian football league is similar to the US Major League Soccer when it comes to players because Indian teams have both Indian footballers and a whole host of top class footballers from Europe and elsewhere who are somewhat slightly older or at the end of their European football career but still have plenty of footballing days left in them.

Due to the large number of international stars the league has become popular within India but also Indians abroad and more often than not international viewers who want to watch quality football from a new and interesting league.

So if you want to watch Indian Super League Football in the UK or elsewhere outside India then keep reading and I’ll show you how.

How to Watch Indian Super League Football in UK

StarSports is available within India but unfortunately it’s not available outside India. If you attempt to visit the site and watch the matches outside India you’ll be greeted with the following block message. 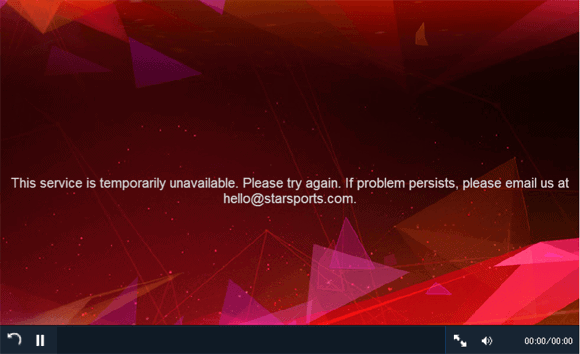 You might be wondering how a site knows your location, so I’ll tell you.

As soon as StarSports sees an IP Address not in India it throws up the block message.

Using a tool known as a VPN (Virtual Private Network) you can mask your location and appear elsewhere. To watch the Indian Super League Football in UK or anywhere else in the world you want to get an Indian IP Address.

Below I’m going to show you how to get an Indian IP Address and how easy it is to achieve.

How to get an Indian IP Address

VPN services are sold by thousands of different companies these days so the choice is large.

A good VPN service should set you back no more than US$10 per month but will be even cheaper if you sign up for a longer period.

I personally use a company called IPVanish to watch the Indian Super League because they offer some of the best speeds which avoids buffering and slow playback that could ruin your enjoyment.

To give you a few options though and save you hours of research, below is my top three list of providers.

Just click one of the provider’s names above and visit their site to sign-up. Once signed up continue reading below and I’ll show you how to use your VPN service to watch Indian Super League Football in UK and elsewhere in the world.

How to use the VPN to watch Indian Super League

Now you’ve signed up to a provider follow the instructions below to use the VPN service to watch the ISL football from anywhere in the world.

All provider’s software for PC and Mac function the same. Once you’ve installed it you should connect to their Indian server and once connected can visit the StarSports website and watch any ISL game from anywhere and also the other sports such as the Cricket, Tennis and even the English Premier League.

Below I’ll show you a step-by-step guide as an example using IPVanish but the other provider’s software is very similar.

Once the IPVanish software has connected or the software of your provider all you need to do is visit the StarSports website.

When you’ve finished watching the Indian Super League just press disconnect on the VPN software. Your connection will now return to normal.

You can connect and disconnect as many times as you wish within your subscription period so take advantage and watch both the ISL and the other leagues from around the world such as the EPL, Bundesliga and others.