Home » Guides » How to Watch Heroes Reborn in the UK

How to Watch Heroes Reborn in the UK 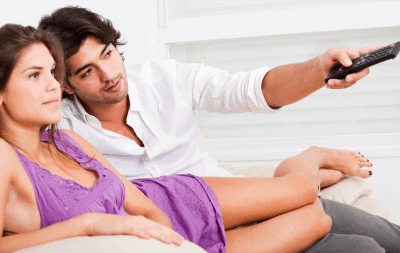 Unfortunately there is still no date for Heroes Reborn to be shown in the UK and there are very few details that any of the broadcasters here are even going to pick up the series so if you're a fan of the original Heroes programme then you'll be excited to read this guide and find out how you can watch it now.

Heroes Reborn is being shown on NBC in the US between September 24th, 2015 and November 19th, 2015 and each episode is available on the NBC website. If you're not in the United States then the NBC website blocks you from viewing their shows but there is a simple way around this, read below to find out more.

Why can't I watch Heroes Reborn in the UK

When you visit the NBC Heroes Reborn website all currently aired episodes are available to watch and the ones to come will be available after they have aired on US TV. If you try to play any of the episodes in the UK or anywhere outside the US then you'll be faced with a blank screen after the adverts have been shown.

Every internet connection is assigned an IP Address and with this IP Address your location is broadcast to the websites you visit. So when you visit the NBC site to watch Heroes Reborn it knows you're from the UK and simply stops you from watching.

You're likely to be blocked with a message similar to the one above or even just left staring at a blank screen.

The great news is you can alter your IP Address to one of another country using a service called a VPN or Virtual Private Network. They are really inexpensive, totally legal and so simple to use you'll be amazed at how easy it was to watch Heroes Reborn in the UK using one.

Read below to find out where to get A VPN and how to use it to watch Heroes Reborn in the UK.

How to Watch Heroes Reborn in the UK

So first off you need to sign up for a VPN service. VPN services cost around £4 – £6 per month and you can save more money if you take a longer package length. There are tons of reasons to use a VPN and plenty of other entertainment content can be accessed by using one so considering signing up for 3 or 12 months will save you money in the long run.

The most important factor for watching Heroes Reborn is that the VPN provider has a “US Server”. Thankfully nearly every VPN service does so it's hard to go wrong here. The last area to consider is the speed of the service. Streaming video from the US to the UK or wherever else you are is a resource intensive task and if the VPN service isn't up to the job then you'll be plagued by buffering.

I've been researching the top 3 VPN services for this purpose and below are three tried and tested services that will be ideal. My top choice is IPVanish because the speed of their service and also how easy it is to use but it's worth considering the others too.

How to Watch Heroes Reborn with the VPN

It's possible to use the VPN service on your tablet and phone which is self-explanatory so for this guide I'm going to concentrate on watching Heroes Reborn in the UK on a PC or Mac system.

After you've signed up you should download the provided software. You'll find a link in your welcome email or all three providers offer links on their websites.

I'm using IPVanish on a Windows 10 system, but it is the same process regardless of what provider you use and on a Mac too.

You can now select any episode of Heroes Reborn and watch it in the UK or anywhere else in the world outside the United States.

All episodes are available until 19th September 2016. There are no additional fees or costs to pay and you can disconnect from the VPN service when you've finished. If you want to watch further episodes or other shows on NBC then you can reconnect whenever you want.

Image courtesy of photostock at FreeDigitalPhotos.net