How to Watch HBO Go in the UK or Europe 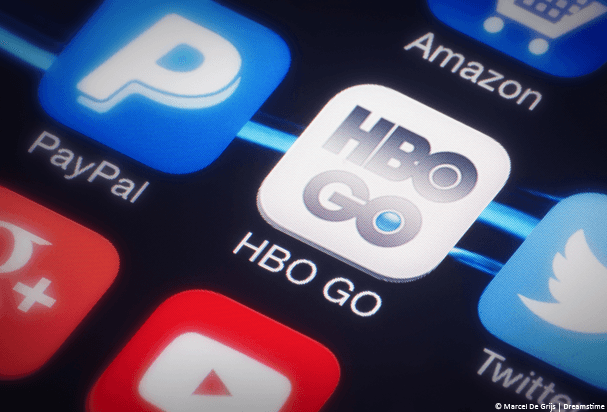 In this article, we're going to show you how you can watch HBO GO in the UK, Europe or anywhere else in the world.

If you're visiting the UK or Europe or spending any length of time there then keeping up with TV shows from back home in the United States can be difficult.

While the UK and Europe have some very good TV services such as BBC iPlayer and a handful of others having access to the latest US drama and keeping up with any shows you watch is something many Americans wish to do.

Unfortunately, if you have a HBO subscription and make use of HBO GO then you'll be disappointed to know that it doesn't work in the UK or Europe, in fact, it doesn't work anywhere in the world outside the United States.

If you've tried to log in to view HBO GO then you'll have been disappointed to be hit with the following error message.

To access HBO GO℠, you must reside within the fifty states of the United States of America.

If you reside in this area and are still experiencing difficulties, please contact your television provider.

How to Unblock HBO Go in the UK or Europe

This solution will work anywhere in the world but we've concentrated on the UK and Europe due to the sheer number of US tourists who travel there.

Your internet connection has what is known as an IP Address and from this IP Address HBO GO can determine your location. So trying to visit the HBO GO website or use one of the apps you'll see a message similar to the following.

The solution to watching HBO GO in the UK, Europe or elsewhere is to change your IP Address to one in the United States. To do this you need a service called a VPN that allows you to easily get an IP Address from any other country and assume that location.

VPN services are provided by VPN providers and there are hundreds to choose from, some suitable and others less so. Read below to find out what VPN service is suitable to watch HBO GO overseas.

What is the best VPN for HBO GO?

VPN services come in all types of quality from the good to the bad. When streaming video from overseas the most critical factor is speed. The further you are away from the United States then the further the data has to travel and so speed is important.

In our tests we have found the following three VPN providers to be some of the fastest available and will be the most suitable for watching HBO GO in the UK, Europe or anywhere else in the world.

They cost between about US$5-10 per month which is the going rate across most providers.

We recommend using ExpressVPN but any of the three providers below will be up to the job.

How to use a VPN for HBO GO

You can use the VPN service from ExpressVPN or one of the other providers on a PC or Mac computer or laptop but can also use it on your Android or iOS phone or tablet too.

Firstly download the app or software for the VPN provider you signed up to from their website or the Google Play or Apple Store. Don't worry about being locked into one device because you can use the service across your range of devices.

Most VPN providers software and apps are very similar but in this example, I'll be showing you how to connect using ExpressVPN.

Launch the app and enter your username and password.

Next click the three dots and choose the closest US server to you. This will give you the fastest speeds. For example if you're in the UK or Europe then a VPN connection in New York will be fastest.

Like in the example below simply select the three dots and browse the United States locations. 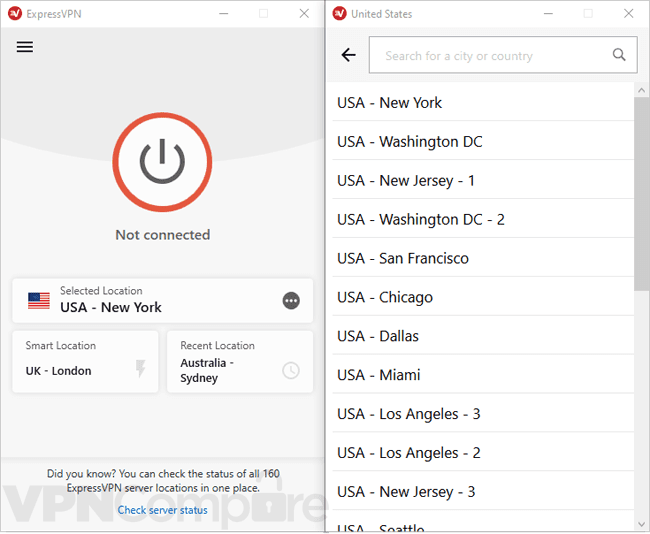 Once you're connected launch the HBO Go app from your tablet or phone. If you don't have the app already installed then it is possible to download Android apps out of country by following our guide.

Once installed you'll be required to enter your username and password, if you don't it'll ask you the first time you connect.

On the right-hand side select United States (1.) and then press Connect (2.).

Once it's connected load up your favourite web browser and visit the HBO GO website.

Rather than seeing the blocked message like earlier in this article, you'll be able to watch all your favourite shows on HBO GO.

To access HBO Go from the UK and anywhere in the world, you'll need to use a VPN such as ExpressVPN.

By using ExpressVPN you'll bypass the geo-restrictions that HBO Go places on its content, so you'll be able to watch all the content you want from the streaming platform from the comfort of your home.

Get ExpressVPN now and enjoy everything HBO Go has to offer.