Home » Entertainment » How to watch French TV in the UK

How to watch French TV in the UK 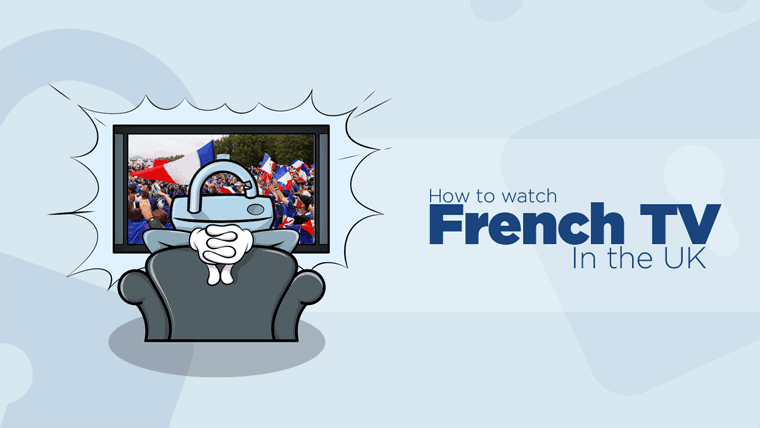 If you're looking to view French TV in the UK then you're not alone.

There are an estimated 300,000 French nationals living in the UK at any one time. Some sources say this number is in London alone while others say it's nationwide.

Whatever the true statistic the reality is there are a lot of French people living in the UK.

While the majority of the French residents in the UK speak near-perfect English like any nation it is always good to watch TV from your home country in your mother tongue and in this case TV from France.

In this article, I'm going to show you the quickest, easiest and cheapest way to stream your favourite French TV in the UK without leaving you with a headache!

How to start streaming French TV

The best way to watch French TV in the UK is to do so online. While YouTube offers some free content it isn't the same as accessing national TV stations or other French networks with popular shows, programmes and live TV.

If you've tried to access any of the French TV network's online streams then you'll find they're blocked from viewing and restricted to only those who are resident inside France. Just like the example below from TF1.fr. 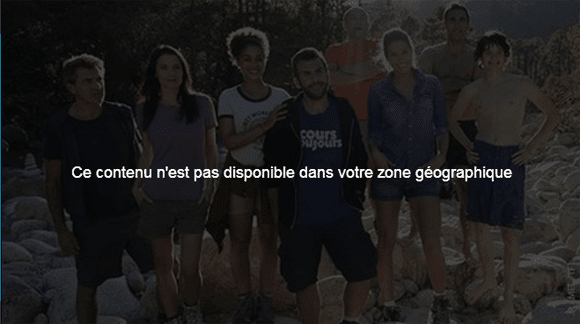 Most French TV services like those of other countries block access if you're not inside France itself.

When you visit a website it checks your internet connection and something called your IP Address to see your location. As soon as it sees a UK IP Address or any IP Address that is not in France then it blocks you.

The great news is you can get a French IP Address using a service called a VPN or Virtual Private Network.

A VPN allows you to connect to another location (ie; France) and assume that location's identity. So rather than being blocked, you'll be able to stream French TV in the UK and anywhere else in the world.

The great news is a VPN comes as a tiny piece of software for your computer or app for your tablet or phone and they're really simple to use.

Below I'll show you where to get one and how to use it.

Where to get a VPN for French TV

VPN services are used to protect your privacy and with online privacy being a big issue these days there is a big choice of VPN companies to choose from.

To watch French TV the first feature to look for is that the company has a “French Server”. Thankfully most companies do but not all do so be aware.

The second important feature is speed. As you're streaming video or live TV all the way from France to the UK then you need good speeds and if you're in another country even further away then speed is critical.

Below I've listed three of the best providers in terms of speed, price and ease of use. Just click on one of their names to visit their site. I tested all the major French TV services using ExpressVPN but the others will be suitable too.

What do I do now?

Now you've signed up to one of the providers listed above I'll show you how easy it is to use.

Not all French TV services have apps but if they do then you can download the VPN app from the Android Play or Apple App store. Next just connect to their French server and then launch the French TV app of your choice.

For better viewing, it's best to watch on a PC or Mac and it's incredibly easy to do. There are also apps for Android and iPhone/iPad if you prefer to watch on a mobile device.

Below I'll show you the process using ExpressVPN but the process is almost identical to the other two providers. 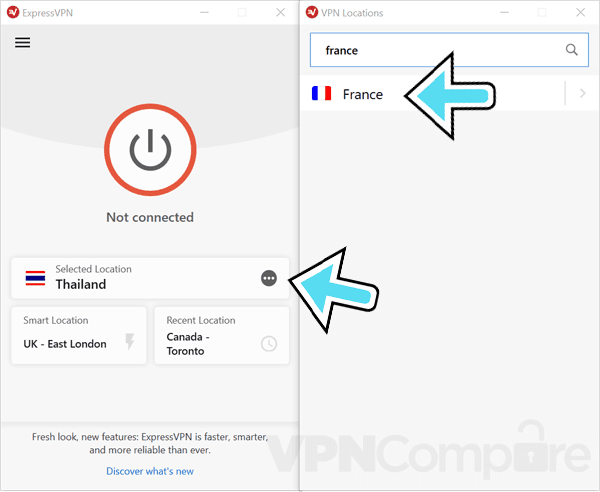 The ExpressVPN app or software will now make a connection which should take only a few seconds but not longer than 30.

Once connected you're now virtually in France so any website you visit will think you're in France and rather than seeing block messages you'll be able to watch whatever you want.

You no longer need to miss your favourite French TV Channels.

A few good websites to try are as follows but have a look around the web as there are loads more French streaming sites.

What are your favourite French streaming websites? I would love to know so pop a comment below.

To watch all of your favourite French TV channels in the UK, you'll need some help to bypass the regional restrictions in place. This is where using a VPN comes in.

By using a VPN such as ExpressVPN you'll unblock any French TV channels and be able to stream them directly to your device.

Get ExpressVPN now and don't miss out on the best French content.