How to watch Downton Abbey Season 5 in the US 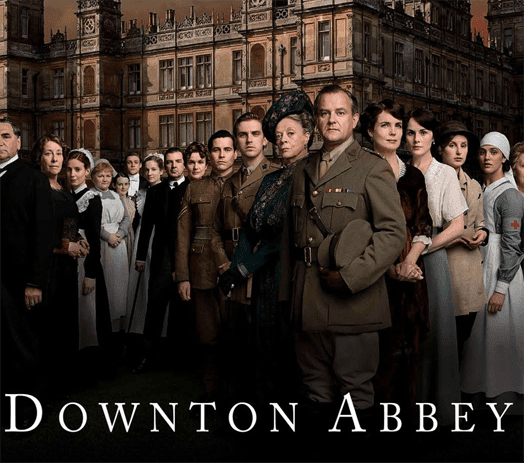 One of the most popular period dramas was thrust back on the UK TV screens with what in the UK is called Series 5 on Sunday 21st September 2014, that’s right, Downton Abbey was back. With a massive following in the US, Australia and elsewhere around the globe it should be time to rejoice. Unfortunately in the US alone Season 5 won’t be shown at the same time, in fact all the more disappointing is it won’t even be shown until 2015! That’s right, Sunday 4th January 2015!

How can I watch Downton Abbey Season 5 in the US and elsewhere will be on the tips of tongues around the globe and for many of you waiting until 2015 is out of the question. I can almost hear the cries of despair coming from across the Atlantic and elsewhere in the world right now. For those huge US Downton Abbey fans and in fact fans from anywhere outside the UK you will be extremely pleased to know there is a solution to your desperation and you will be able to get your Downton Abbey Season 5 fix at exactly the same time as the UK.

You heard right, you CAN watch Downton Abbey Season 5 in the US and elsewhere in the world at exactly the same time it airs in the UK without needing to wait til 2015!

To understand how this is possible I’ll give a brief explanation. When you connect to the internet you’re assigned an IP Address, this is a bit like a phone number, it’s unique to your internet connection at the time, from this the websites you visit can tell what country you’re from and this is how they block you from certain regional restricted sites.

From Sunday 21st September 2014 onwards, Season 5 will be being streamed live online on the UK’s ITV Player, this is the online service of the TV channel who air the show on normal screens. If you’re in the US, Australia or anywhere else and try to access you’ll be blocked with a message similar to the one over on your right.

A completely legal security product known as a Virtual Private Network or VPN for short allows you to alter your IP address to appear as if you’re in a different country. The purpose of these are to protect your privacy but as an added bonus they’ll also let you access content from the country you connect to. In this case the UK and Downton Abbey Season 5.

Streaming video across the Atlantic or from the UK to anywhere else in good quality requires a good provider, we list a good selection in our VPN Comparison Guide but three I recommend personally for watching Downton Abbey Season 5 which I have tested extensively in our reviews section are :-

Most providers are between US$5-10 per month but can be even cheaper if you take a yearly package. Downton Abbey Season 5 will be being aired every week for 2 months so it’s worth considering taking a longer package length as it can be used for other purposes too.

All providers provide really simple software for Windows & Mac computers and also apps for tablets and phones like Android and iPhone/iPad. It only takes a few clicks to connect to a UK server and then you ever so easily visit the ITV Player website, press Watch Live and then press ITV. You will need to create an account if you don’t already have one and supply a UK postcode (M24 1UY, B32 4EJ, EH22 1RT, G2 1DU, EN1 3ES), after that just sign in at 9pm BST and you’ll be able to watch live online.

You can watch a re-run of each episode up to 28 days after the original air date by visiting https://www.itv.com/itvplayer/downton-abbey

We’ve included a quick time reference for some major cities around the world but if you need help working out when 9pm BST is at your location then use the Time Zone Convertor.

If you’re unsure of how much work it will be or how hard, take a look how simple it was for us to watch ITV Player from abroad in the video below. We use VyprVPN with their Windows software in this example.