Home » Entertainment » How to watch CBC in the UK

How to watch CBC in the UK 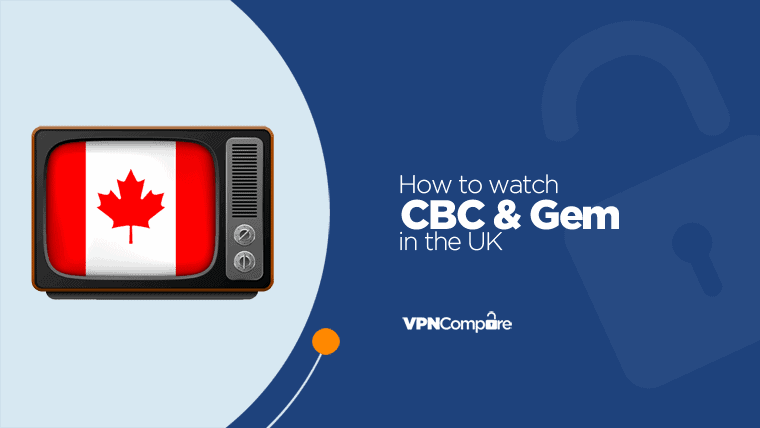 Are you looking to watch CBC or CBC Gem in the UK or outside Canada? This is the guide for you.

Inside you'll discover the quick method for streaming CBC or the Gem service from anywhere across the United Kingdom.

The Canadian Broadcasting Company or CBC is the Canadian national broadcaster offering a wealth of excellent programming from both Canada and abroad.

Many Canadian expats in the UK and around the world, including other nationalities are looking for a reliable way to get watching, so keep scrolling to find out how.

Before learning how to unblock CBC in the UK or abroad, you have to understand the reasons why it is blocked outside Canada.

When you visit the CBC Player website outside Canada the site checks your internet connection and via something known as your IP address can determine your physical location.

You can visit a site such as Geotool to see this in action.

Once CBC Player determines that you're not in Canada, it blocks you from viewing further due to broadcasting licence restrictions.

Now you're probably wondering if it's possible to watch CBC in the UK or elsewhere.

If you are read on because I'll show you how.

How to unblock CBC outside Canada

To watch CBC in the UK or any other country other than Canada you need a way to alter your IP address, the way to do this efficiently is to use a service called a VPN or Virtual Private Network.

By using a VPN you, in essence, appear as if you're in Canada resulting in CBC being unblocked. 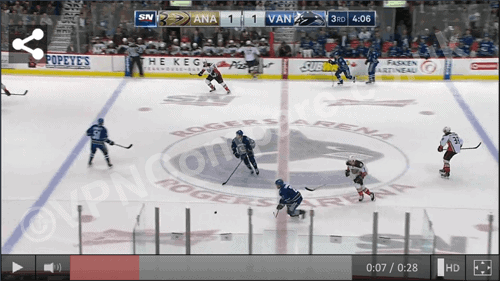 VPN services are provided by various companies and cost around US$6 per month (approx CAD$10 / £5) which will give you full access to CBC Player no matter where you are in the world.

Like any service in the world, quality can vary and finding a good and reliable VPN provider can be a difficult task.

We test VPN providers daily and regularly review various companies to find you not only the best providers in terms of quality but also in terms of value.

Through our extensive research, we've reduced a mass of providers down to our three best for accessing CBC abroad.

Our first recommendation would be ExpressVPN, a company that provides a large number of connections worldwide. With connection points in Toronto, Vancouver and Montreal, they are an ideal choice for CBC.

We did an ExpressVPN review this year and for streaming video content they proved to be one of the best providers.

Two other good providers include NordVPN and CyberGhost VPN which both have connections available in Canada suitable for streaming CBC.

Our recommendations in order are below.

There are plenty of other VPN providers available so if you want to compare you can take a look at our VPN Comparison Guide, just make sure that they have a Canadian server and you'll be able to watch without any problems.

All three providers listed above provide software for Windows and Mac desktop or laptop systems and also apps for Android and iOS (iPhone / iPad) which means you can basically watch on any device you have access to.

As long as your device is capable of accessing the CBC, CBC Player or CBC Gem website or app and streaming the content in a normal situation then all three VPN providers cover most devices available.

What is CBC good for watching?

CBC and CBC Gem are great for watching a large range of both original Canadian programming and international shows too.

Broadcasts are available in both English and French, so speakers of both languages have something to watch.

Surprisingly you can find some outstanding Canadian collaboration shows such as Ascension with other international TV drama offerings such as the British soap opera Coronation Street.

Not only does CBC show regular TV shows but they are also a great source of winter sports, both in recorded mode and live streaming which are available via the CBC Player.

Hockey, Skiing, Curling and even Tennis are broadcast live so for winter sports lovers it makes for essential viewing.

CBC regularly air sports like the IPC Alpine Skiing World Championships which is a bonus if you love winter sports.