Home » Guides » How to watch BBC News abroad on Android

How to watch BBC News abroad on Android

The news is something that has always interested me from an early age. Although the majority of news seems to be bad news there is something interesting about knowing what is going on in the wider world and while I’d love for there to be a bit more positive news, keeping abreast of the various goings on around the world is important.

We all have favourite news corporations and favourite sites we like to visit to read and watch the news. My personal favourite being British by birth is the BBC. The BBC are extremely well known around the world so accessing BBC News abroad is something that not only British watchers want but also a whole host of other nationalities.

One of the most convenient ways to watch BBC News abroad is on their Android app. A simple to use and well laid out app that has the added bonus of being able to stream BBC News live directly to your Android device. This is a great little feature and one I’ve made use of many times when travelling in the UK.

Unfortunately when you travel outside the UK the live news streaming feature of the BBC News app stops working and becomes restricted. You’ll be greeted with a message that says “Sorry, This content is not available outside the UK”. 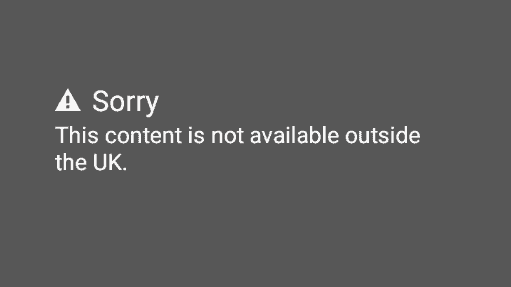 How to watch BBC News abroad

I was recently travelling outside the UK and wanted to watch BBC News while eating, I also like it as a bit of background noise when working as it allows me to keep up with not only UK news but news from around the world and that which affects the UK. I regularly use a system called a Virtual Private Network (VPN) to secure my internet connection while travelling abroad for safety reasons that also happens to be the solution to watch BBC News abroad.

One of the benefits of a VPN is not only does it encrypt your internet connection but it also anonymises you by allowing you to access the internet via another location. How this benefits you watching BBC News abroad is it changes your IP Address. An IP Address is how the BBC News app can find out what physical location you’re in and by changing this to an IP Address from the UK with a VPN it allows BBC News to be watched on an Android device via their app from any country in the world.

Where can I get a VPN for BBC News

A VPN can serve many purposes which include protecting your privacy and security online as well as the sideline benefit of enabling you to watch content abroad that is usually restricted to a region. Not only can you access BBC News abroad on an Android device but you can also use the same VPN package to watch BBC iPlayer, Sky Go and many more online services that are usually restricted.

A few good providers offer Android VPN apps which make connection an extremely easy affair. Three providers we recommend for watching BBC News abroad on your Android device can be found below.

All three providers offer an Android app, they also have desktop or laptop software for Windows and Mac and even an app for iOS devices if you have an iPhone or iPad. So although you can watch BBC News abroad on your Android device with the VPN account you can also use the same account for a variety of purposes on other devices.

How to watch BBC News abroad with IPVanish

If you’re still a little unsure take a look at our video guide below in which we watch BBC News abroad using the IPVanish Android app to change our location.