Home » Guides » How to Unblock Websites at School

How to Unblock Websites at School 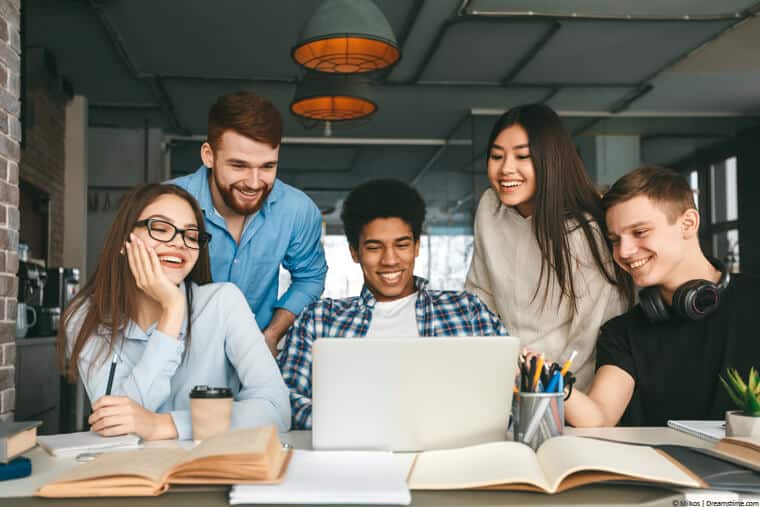 If you need to access something at school a block can be extremely annoying. In this guide I'll be showing you how you can unblock websites, apps and more!

Schools, Colleges and Universities have changed drastically over the past 15 years. Computers and internet access are now part of mainstream education from the very youngest kids all the way up to those in higher and further education.

While technology and more importantly the internet features in everyday schooling at all levels the use of the internet as an extracurricular activity while in your school, college or university environment is commonplace.

Unfortunately, educational institutes are often regularly locked down allowing very limited internet access and depending what type of education establishment you attend you could find that all your favourite websites are blocked.

Often discussion forums like Reddit, Discord and others are completely inaccessible and anything remotely racy or that could be considered illegal such as torrent sites is usually totally blocked.

So let's find out how you can avoid those blocks and access what you need.

In order to bypass censorship and restrictions imposed by your school's network, you will need to use a VPN.

This is an app that contains a special mix of security features, allowing you to stay secure online AND unlock websites, apps and more.

Most importantly for unblocking sites, it lets you connect to servers in other countries, or even in your own country.

This allows you to replace your IP address, and appear to be located in another area. As a result, you will be able to see whatever it is available on the internet in that specific area, instead of what your school decides you should see.

This also works by creating a secure tunnel from your phone, computer or other device through the school's network to the outside Internet. This means filters in place can't see what you're accessing so are unable to block you.

What are the best VPNs to unblock websites?

Some of the best VPNs for unblocking include ExpressVPN, NordVPN, and CyberGhost. They all have huge server networks, and cover dozens of countries.

ExpressVPN, for example, has over 3,000 servers in 94 countries around the world. NordVPN offers 5000 servers in 59 different nations, while CyberGhost covers over 89 countries, providing access to 6300 servers.

ExpressVPN's easy to use app.

Their prices are quite similar, and they all have lengthy money-back guarantees. They are also very fast and great for streaming, as well as casual browsing, gaming, and more.

How to get a VPN?

Getting a VPN is very simple and straightforward. All you need to do is pick one, go to its website, and sign up for an account.

You will have to provide your email address, as well as your payment method. Some VPNs may request extra details, but most will only require these two pieces of information.

When it comes to paying, some services will accept payments with gift cards, such as Private Internet Access (PIA).

However, most of them will accept payments via PayPal, credit/debit card, or cryptocurrency.

Once you make a payment, you will get a password for your account. All that remains is to get the VPN app for the device you plan to use it on, either from the site or the appropriate app store.

In most regions around the world, VPN is a perfectly legal and allowed technology. Some countries frown on VPN technology or it may even be a illegal in the likes of:

They are considered to be security apps that you are free to use in order to protect your online privacy.

With that said, using them to bypass restrictions imposed by your school's network would likely be against the terms, and if the school learned of what you did, you could get in trouble.

Restrictions are in place for a reason so consider if bypassing them is really the best course of action.

Check out our Kid's Online Safety Guide to learn how to stay safe online.

However, as far as the law goes, you are allowed to use a VPN almost everywhere in the world. Just be mindful of your actions as you do it.

What can I unblock at school?

With a VPN, you can unblock mostly anything, as long as you connect to the right region. For example, you can unlock:

If you enjoy playing games during your free time, you can easily use a VPN to unblock mobile games, as well as online games such as Fortnite, PUBG, COD, and others you might be interested in.

A VPN will even make your connection steady, although it will slow your speed a bit. But, as long as you have a decent internet speed, to begin with, you likely won't even feel its impact.

If you're in a dorm room, you can even use it with your desktop, laptop to play ‘proper' games.

Schools often tend to block access to social media in order to encourage you to pay attention during class and study in the meantime, instead of talking to friends and looking at photos, tweets and memes the entire time.

While this is understandable, it also means that you won't be able to access social media during your free time.

That way, once the class ends, you can quickly browse through the newest developments and have peace of mind before heading to the next class.

Now, we spent a lot of time talking about how you can use a VPN to unblock various websites, but the fact is that you can go beyond that.

You can use a VPN to unblock entire apps outside of your browser. Of course, that means that you must use a full VPN app, instead of browser extensions.

But, the point is that you can use your mobile or tablet to unblock apps, which can be very helpful for mobile games, social media, and more.

Lastly, we should also note that you can use a VPN to unblock educational websites.

While this might sound strange at first, many students who need to do some extra research quickly find their access to the internet quite limited.

The school may have blocked a specific site for a specific reason, not understanding that it is limiting your ability to learn along the way.

For example, in order to block adult content, it might prevent you from learning about LGBTQ+ topics, sexual health, and other keywords that sound suspicious but are completely legitimate.

If you need access to such materials, a VPN can provide it for you, so it might be worth considering from this perspective, as well.

What if I can't download a VPN at school?

One sticking point may be the fact you're unable to download a VPN app in the first place.

Fortunately, there are several ways to solve this.

For example, you might be able to find the VPN app in your mobile app store, rather than simply access its website. It's unlikely your school would block the entire app store and they can't simply block a handful of specific apps.

However, if that fails also, you can install a VPN outside of your school. Once installed, you will be able to use it at school, as well. After all, the school cannot block your app once it is already installed on your phone or another device.

Why are websites blocked at my school anyway?

Some are blocked simply because they are seen as inappropriate. Others may have been blocked because the school believes that they cannot contribute to your learning experience, but would rather serve as a distraction.

In the end, what matters is that the site is blocked and you cannot access it, and if that is a problem for you, the best way to go about it is to use a VPN to bypass restrictions.

Other ways to unblock websites

While VPNs are the easiest and most efficient ways of unblocking websites, there are other ways you can try, as well. However, the results you get may vary.

For example, you can do it if you:

You can access most websites available via Google by using Google Cache to retrieve content, even when using blocked websites.

Basically, Google stores a copy of a website in its memory or ‘cache'.

This can be a little outdated and often websites can appear broken depending on what you're accessing so a good result may be a little hit and miss.

If you are using a network that doesn't allow access to a specific site, you can still access the cached version and be able to keep exploring it, even if you technically don't have access to its live version.

Another way to access blocked websites is to use the Tor browser.

This is an anonymous browser that is based on the P2P network that consists of volunteers from all over the world. The Tor browser is similar to VPN, as it allows you to access anything from any network, but the downside is that it is rather slow.

You may also know Tor for giving access to the ‘dark web'.

When you use it, your signal is bounced from one node to another, which covers your trail, but it also takes a while for requests for information to reach the targeted site, and the response to reach you back.

This makes Tor a bad choice for streaming or downloading content. But, casual browsing should still be perfectly fine.

You may have heard of the Wayback Machine, which is a digital archive of the internet.

It basically allows you to ‘go back in time,' and access older versions of sites that you cannot access now. Of course, you would be accessing their former versions, and you can see how they used to look like in the past.

It had a pretty recent version of our website!

Depending on the site you're accessing depends on how regularly it's updated. So if the information you're trying to access doesn't change all that much then it's a sneaky way to gain access.

Google Translate is great for translating texts from other languages, and as such, it is quite a useful tool.

However, what most people and fortunately schools don't realise is that it can be used for accessing blocked sites, as well.

It is quite a handy trick that allows you to type the URL you wish to visit into the translate box and select any language in the ‘From' box. In the ‘To' box, select your language of choice.

Hit translate, and you will get access to the entire site.

Again, it's not perfect and websites can often look broken.

School, college and university are about learning.

However, you'll often find yourself with free time and maybe want to access some websites or apps that aren't technically educational.

To do this the best and most reliable method is to use a VPN app. I recommend ExpressVPN as they've always got my back.

There are some less reliable methods we which discussed in the section above.

Let me know how you got on and which method you used. Also pop a comment below if you've got a handy way to unblock things that we didn't list!