How to Unblock Restricted Sites 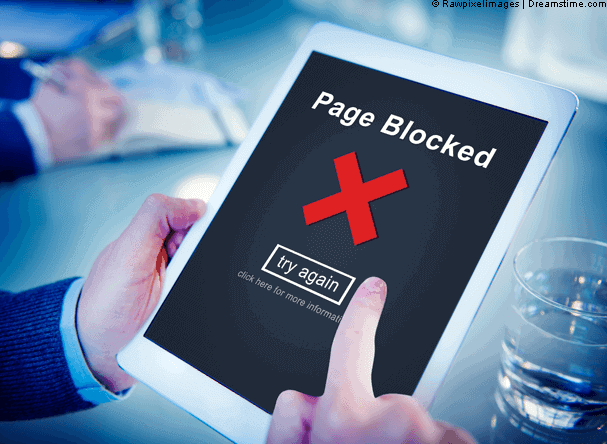 Coming across websites that are restricted or blocked can be a pain especially if you’re trying to access something important.

In this article I’m going to look at the easiest way you can unblock restricted sites and access a free and open internet the way it was intended to be used.

Over the past 10 years the internet has become more restricted and there are now hundreds of different ways in which sites can be blocked from access.

It isn’t uncommon for your ISP to block certain sites. In the UK there is a growing list of websites that have been blocked by court orders and it doesn’t just stop there. From school to work there are plenty of websites your network administrator deem unsuitable for whatever purpose and you can find yourself blocked from the most innocent of sites at any occasion.

If you live in a country with a repressive internet regime such as China or Iran then the situation can be even worse with popular sites such as Facebook and Twitter being blocked, essentially cutting you off from the world and social media.

So what can you do to unblock restricted sites?

How to Unblock Restricted Sites

There are a handful of ways in which you can unblock restricted sites but many of them have their pitfalls from just down right not working to putting your computer or the computer you’re using at risk from being filled with trojans and other nasty spam.

If you haven’t heard of them before then the absolute best way to unblock restricted sites is to use a tool called a VPN.

A VPN or Virtual Private Network is a tool that lets you encrypt your internet connection from your device and send all the data to a third party location elsewhere, known as a VPN server.

This VPN server then decrypts your data and passes it onto the wider internet. On the way back it does exactly the same but in reverse.

You’re probably wondering how this helps you unblock restricted sites?

Well, when the VPN encrypts the data it does so on your computer or device and then sends it to the internet.

Normally a school, work, home, country or other firewall would then look at the address of the site you’re trying to visit and block it.

As the data is now encrypted by the VPN it can’t even see the name of the website you’re trying to visit, it just sees encrypted data and therefore can’t block it.

So where can you get a VPN? Let’s find out.

Where to get a VPN to unblock restricted sites

VPN services cost money but they’re actually really cheap. A good VPN service should cost around £4-£7 ($5-$10) per month but they can be even cheaper if you take a yearly package.

If you type the term “VPN” into your favourite search engine then you’ll be overloaded with options. As more people are concerned about their online privacy, bypassing censorship and encryption the amount of VPN options has exploded.

A good place to start is our VPN Comparison Guide which compares around 20 different VPN services but even that number can be confusing especially if you don’t understand all the terminology and just want to know who is going to offer a good service to unblock restricted sites.

If you want a little less complication and don’t have time to be researching all the options then my top 3 choices are as follows.

All the VPN providers listed above have software for Windows and Mac and IPVanish and ExpressVPN also have apps for Android and iOS phones, tablets, and other devices.

What this means is you can simply connect to a VPN server within the click of a button and your connection is secure and encrypted allowing you to unblock restricted sites on any network without that network even knowing what you’re accessing.

So if you want to unblock restricted sites then a VPN is the solution to your problems.