Home » Guides » Articles » How to stop your card being blocked abroad

How to stop your card being blocked abroad 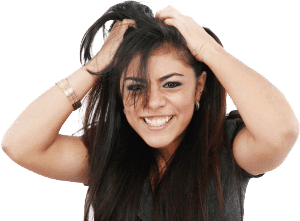 Debit and Credit cards have become little miracles. Most of us take our plastic with us wherever we go and these days more and more of us are taking our cards abroad. With the increase in people taking their cards abroad the instances of credit and debit cards being blocked while outside the UK or your home country is increasing.

My own bank had a feature in their online banking system that required you to inform them up to a month before travel about which country you're visiting. I was recently abroad and before I went tried to inform my bank however this feature has now been replaced and it is no longer a requirement to inform them.

Although I was a little sceptical about this there wasn't much I could do, I didn't want to end up without being able to pay or withdraw cash but their website informed me it would be fine. Plenty of other banks in the UK and worldwide do still require you to inform them but a report in The Telegraph newspaper found travellers were still having cards blocked after informing their banks of their travel plans.

Generally paying for items on your debit or credit card in physical shops or places such as restaurants is fine, I had no issues in this regard. The problem started when I attempted to book a train ticket for an unrelated journey in the future while outside the UK. Even though I had made a handful of physical purchases in the country I was travelling in the fact I was making an online purchase in that same country caused my bank to react.

The payment itself wasn't actually for all that much at around £39 (Approx US$58 / €52) and I was surprised to find it decline. A few moments later my mobile phone sounded with a phone call. I'm generally quite thrifty when abroad and won't answer phone calls unless it looks like an emergency, after all who wants to pay for receiving a call that could be a telemarketing or PPI call when they're abroad!

After the ringing ended an SMS message arrived informing me I had to call my banks fraud department on a free phone number. Being abroad the call wouldn't of been free and I'd of incurred ridiculously expensive roaming charges. To cut a long story short luckily I had my laptop handy and use Skype so was able to call free. If I hadn't of had Skype then I would have been forced to pay expensive roaming call charges or face having my card blocked for the rest of my journey.

Avoiding having your card blocked abroad

So it got me thinking, how can I avoid this again in future and again on my current journey. The answer was simple, use a Virtual Private Network aka VPN. A VPN is a simple piece of software that lets you secure your internet connection especially abroad. It also allows you to appear as if you're in a different country. My bank blocked my payment based on the fact the internet connection was reporting outside of the UK.

With a VPN you can connect to the UK that then shows to every website you visit that you're in the UK, even though you're not! This simple solution stops banks from seeing your payment as suspicious because as far as they're concerned you're still in the UK. This stops your card being blocked, stops any hassle of receiving or needing to make expensive phone calls to unblock your card and allows you to spend freely without any of the headache I encountered.

VPN services can be found all over the internet. While I was travelling I made use of IPVanish purely because they offer a good service and have access in a lot of countries, another I'd recommend is VyprVPN but feel free to check our VPN Comparison Guide and VPN reviews section to help you decide which may be best for you.

Strangely I was actually using a VPN with a UK connection for the entire trip because of the security features it brings when travelling. It was only on the one occasion I forgot to login that my card was blocked because of the foreign internet connection.

So from now on I'll ensure I'm using my VPN connection all the time while travelling and for those of you who want to avoid your credit or debit card being blocked then you should consider it to!