How to play Battlefield 4 early 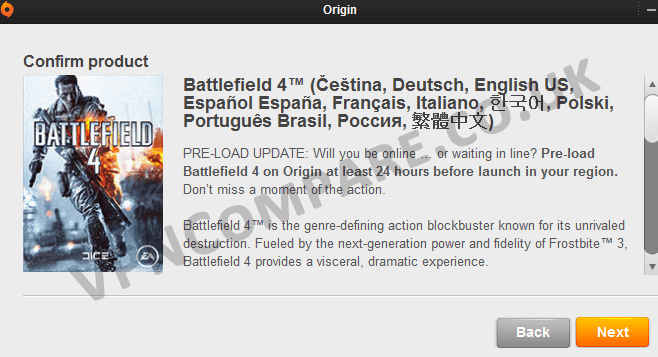 Those lucky players in the North & South America,  East and Central Asia and Russia have been able to play the brand new Battlefield 4 game since the 29th October. For the rest of the world the scheduled release date is slightly later with sliding release dates over the world from the 31st October to the 1st of November and for the unlucky players in Japan even as late as November 7th.

No need to worry, you too can play Battlefield 4 early if you have already purchased the game or purchase now.

The solution is simple, all you need is a VPN service that has a US server. A VPN service masks your location and gives the impression that you are connected from the country of the VPN server, for this instance you would want to appear as if you are from the USA as the game has already been released there.

We however DO NOT recommend using a FREE VPN for this process as you could compromise your Origin account should details of your session be recorded.

The $2 72/hr service from Proxy.sh would be ideal for this situation because it is cheap and you will only need it until the official release date in your country, Head over to Proxy.sh and grab yourself a $2 package to play Battlefield 4 early!

If you would prefer another VPN provider then the following also have cheap deals.

$6.96 for 1 month from Privateinternetaccess.com