Home » Guides » How to bypass speed throttling of Netflix, Youtube and more

How to bypass speed throttling of Netflix, Youtube and more 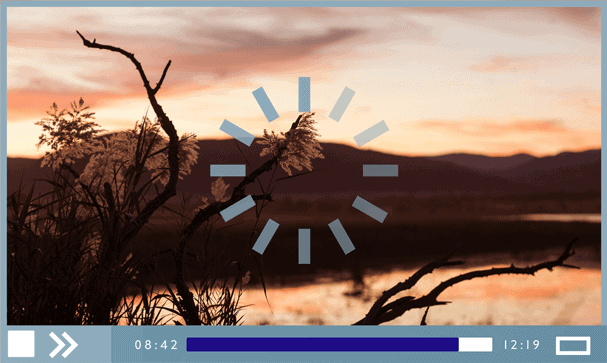 Verizon Wireless a US provider of mobile data services has this week come under fire from users for apparently throttling the speeds when video streaming.

Users on popular messaging board website Reddit complained that regardless of the speed of their package, when using websites such as Netflix, Youtube and other video streaming sites their connection was limited to just 10 Mbps.

With video quality increasing the speed throttling thwarts users who wish to stream in high quality such as 4k or 1440p.

Verizon Wireless users have reported that by using a VPN service they can bypass the throttling and below we’re going to show you how you can do the same.

How to bypass speed throttling

As is the case with Verizon Wireless when it realises you’re streaming video it restricts your speed to 10 Mbps.

A VPN will allow you to avoid this restriction because it disguises the type of internet services you’re using with something called encryption.

Encryption basically means jumbling everything up so it’s unreadable and when it’s unreadable it means your ISP can’t tell what type of services you’re using, such as video streaming.

The result is they can’t restrict your speeds because they don’t know you’re watching Netflix, Youtube or any of the other video streaming services.

There are thousands of companies offering VPN services and like anything they vary in quality.

If you want to bypass speed throttling and access high quality video then you need a VPN provider that can offer that high speed.

Through countless tests and research over the past few years we found the following three VPN services to be the best speed wise which will help you bypass speed throttling.

How to use the VPN to bypass speed throttling

Once you’ve signed up to a VPN provider you need to download either their app for your mobile device or software for your desktop or laptop.

All three providers above offer apps for Android and Apple mobile devices and software for Windows and Mac systems.

ExpressVPN also offers a Linux client and IPVanish offers a dedicated Amazon app for the Fire TV and Fire TV Stick which is also suitable if you’ve got Kodi installed.

Once installed all you need to do is to connect to the nearest physical server to give yourself the best possible speeds.

Below is an example video using IPVanish on a Windows PC.

Once you’ve connected what you do on the internet will be invisible to your internet provider.

For example, when you connect to Netflix or Youtube your internet provider won’t know and so in the case of Verizon Wireless they won’t be able to reduce your speed to just 10 Mbps.

It works the same anywhere else in the world too regardless of your internet company or even if you’re using a wireless or wired connection.