Home » Guides » Articles » How to Bypass ISP Blocks and Filtering

How to Bypass ISP Blocks and Filtering

ISP Blocks and Filtering have become big news in recent years across the globe but none less so than in my country the UK.

In the UK we now have one of the largest lists of websites that are blocked from access. Many of these are sites that deal with copyrighted material such as pirate movies or music and mainly they're related to torrent based activity.

The UK isn't alone and large parts of Europe and the rest of the world now actively block popular sites like The Pirate Bay and others.

As well as ISP wide blocks required by law the increase in so called “adult filters” has also become a major issue. Adult filters are now available in many countries but the UK is often leading the way after government requirements made adult filters mandatory.

Some ISPs are now automatically enabling adult filters requiring you to request them being lifted which it is eroding the privacy of users and labelling them with a “perv” stamp should they opt to have such filters lifted.

So with ISP wide blocks and adult filters both widespread I'm going to look at how to easily bypass both ISP blocks and filtering which will in turn protect your privacy and allow you to access a restriction free and open internet, the way the internet was originally intended to be used.

How to Bypass ISP Blocks and Filtering

Both adult filters and ISP wide site blocking like that of torrent sites work in basically the same way, especially as far as you the end user is concerned.

Unlike traditional adult filtering there is nothing installed on your computer, tablet or other device that enables these blocks, they're all handled at your ISP.

Fortunately though there is a really simple method of bypassing ISP blocks, filtering and other types of restrictions and it's so easy to do that you'll wonder why the filters are there in the first place.

To bypass ISP blocks and filtering you will need to sign up to a service called a VPN. A VPN is a way of routing your internet connection via another location in a completely encrypted way. A VPN is a small piece of software or app that runs on your computer, tablet or phone.

This means it's totally secure but also means you can circumvent any ISP blocks or filtering because your connection essentially takes a detour via another location. In the case of sites that have been blocked for copyright reasons such as torrent sites a VPN allows you to reroute your connection via another country where the same legal requirements to block torrent sites don't exist.

With adult blocks you can simply connect via another location in your country or if you live in a country with a strict internet regime like China or Iran you can again route it via another country where adult content is allowed.

VPN services have become extremely popular these days and not only because they allow you to bypass ISP blocks and filtering that are in place but they also serve as tools to increase your privacy.

Due to the encryption used it is impossible for your ISP to know what you're accessing which is why over the past few years usage of VPNs has exploded and now they're quite common amongst those who are concerned about how much personal data our ISPs, governments and other companies now have access to.

For this reason it is great news for you as the user because firstly it means there is a lot of choices available but secondly it has driven the prices down and for more service than you got 2 or 3 years ago the price hasn't changed and in many cases has got lower.

So you're probably wondering what a VPN will set you back? Luckily they're extremely cheap and a VPN service shouldn't cost more than US$10 per month (approx £6.50) but can be as low as US$5-6 per month (approx £3.50) if you sign up for an annual package so it's definitely worth shopping around and seeing what deals are out there for longer service lengths.

After some extensive testing and reviewing my top three VPN solutions to bypass blocks and filtering would be the following.

What features should I look for?

Almost all VPN providers will be suitable to bypass blocks and filtering but a few areas to consider are Speed and Server Locations. 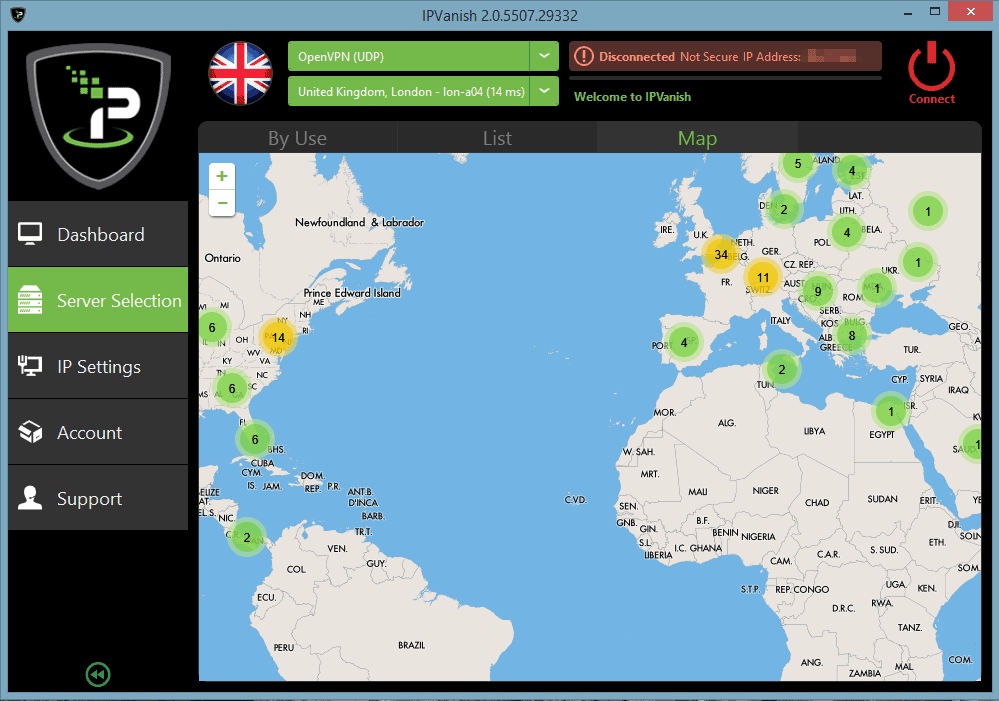 IPVanish has over 60 countries covered.

Server Locations are critical depending on where you live in the world. Ideally you want to use a provider with server locations in the country you reside in and in countries nearby. If you live in China for example and the nearest server is the United Kingdom then you're going to suffer a lot of speed loss.

Speed is one of the most important features but also one that is impossible to determine until you've signed up. When using a VPN you'll lose a bit of your overall internet speed but with a reliable provider that speed loss will be minimal. With a poor VPN provider you could end up losing half your speed or more.

The three providers suggested above all offer a huge range of server locations making them suitable for use in nearly every country plus they're also some of the fastest providers.

Any VPN service will allow you to bypass ISP blocks and filtering. If you want to take a look at a wide range of providers then a good place to start is our VPN Comparison Guide but if you're already confused enough then my three recommended providers given earlier in the article will ensure you get a great service at a decent price.

All three providers work on Windows and Mac computers and also have apps for Android and iOS meaning you can bypass any filter or block regardless of where you are or what device you're using.