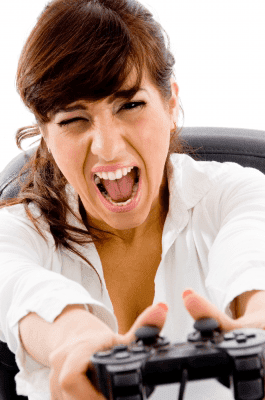 The Witcher 3: Wild Hunt was released in the last few days and has been making massive waves in the gaming scene. With players and review sites alike the game has been receiving critical acclaim and for those of you have played any of the earlier Witcher games you’ll know the quality of the series.

Buying games is an expensive past-time. I remember a time when PC games were 25% or more cheaper than the console counterparts but over the years prices have risen and risen even though PC gamers have generally declined as people move towards Playstations and Xboxes.

Coupled with the fact most games are now digitally distributed you’d think they’d get cheaper, less physical distribution, no packaging, no expensive media but, unfortunately, the opposite has happened. So if you had a way to buy The Witcher 3: Wild Hunt for just US$34 then you’d jump at the chance, right? Well read on and we’ll show you how.

The EU has a free market which means you’re allowed to purchase any product from any country and, in theory, a retailer is unable to stop you, in fact, it’s actually illegal to do so. The same goes for freedom of movement allowing people to travel around the EU without restriction. It’s one of the founding principals of the EU.

Well, how would you feel if I told you that The Witcher 3: Wild Hunt in Poland, Slovakia and the Czech Republic was just US$44.49? That’s 32 dollars cheaper than the UK!

What makes it worse is these prices are available from exactly the same website, the price you see only depends on your internet connection.

So if you’re outside those three countries but want to access those prices you need to sign up to a service called a VPN. A VPN allows you to change your IP address and give the impression you are in one of these countries.

Congratulations you just saved yourself over $20! Enjoy the game.

Did you say something about buying for $34?

OK, so while EU users, in theory, are allowed to purchase from any other country in the EU there are countries outside that are even cheaper. The game is just $23.79 in the Ukraine, so if you add on $10.00 for a VPN service you can pick the game up for $33.79.

Now the legality of this is somewhat dubious and may depend on the laws of your country. In countries such as Australia parallel imports (buying goods that are available in Australia cheaper elsewhere) is totally legal and bypassing geo-restriction using A VPN is also not against Australian copyright law. However in some countries this may not be legal so you should consider your own laws.

At worst you’re likely violating the T&C or policies of GOG.com and they’d probably have grounds to either suspend your account or revoke your licence. As The Witcher 3: Wild Hunt is a DRM free game and does not need to be tied to Steam then it’s unlikely but if you’re getting a game from them in an unofficial way cheaply then don’t be surprised if they’re not that happy – YOU HAVE BEEN WARNED!

The producers of the game will be getting paid for the game, albeit at a lower rate. I’m not entirely happy that the game costs over $30 less in another EU country so feel it is my right to access that price, however I’m not a lawyer and if your licence got revoked or your account cancelled then you may just have to chalk it up to experience, unless you want to argue the legal practise of an EU single market.

I suppose it’s better than pirating the game huh?

We accept no responsibility if you actually attempt to purchase the game in this way. In my opinion, it’s better than piracy and better than using some dodgy CD-Key site, but the final decision rests with you.

Image courtesy of imagerymajestic at FreeDigitalPhotos.net