How free VPNs are selling your data to third parties 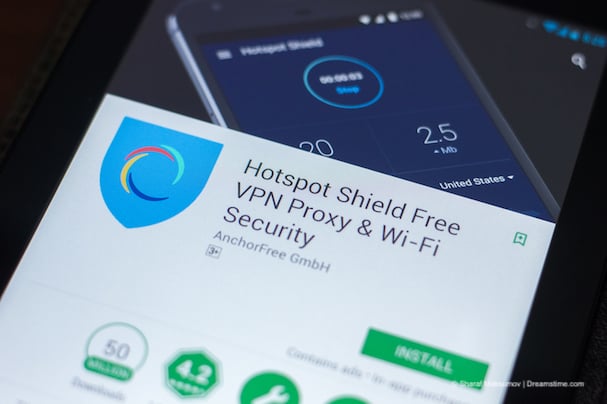 Free VPNs are always an attractive option for consumers, especially those in developing countries where a subscription cost of even a few dollars a month can be prohibitive. But there are a number of reasons why those can afford to, should avoid free VPNs.

When you use a VPN, you are placing your trust in your provider. All of your internet traffic is being redirected through their servers and this puts them in a position where they are able, if they so wish, to harvest your online data.

The vast majority of subscription VPN services do not do this. However, there are a few, like PureVPN, which have handed over user logs to law enforcement bodies when required to do so.

However, if you are using a free VPN, you should be prepared for the fact that your VPN is almost certainly collecting your user data. And unlike the likes of PureVPN, they will not just hand this data over to law enforcement bodies. Most will be actively seeking to sell it to the highest bidder too.

A report on The Next Web has highlighted three free VPN providers which are among the worst offenders.

Hotspot Shield is perhaps the biggest and best-known VPN on the market. However, an investigation by the Center for Democracy & Technology (CDT) has found that they routinely sell data to third-party advertisers. The user data they profit from includes some quite sensitive information, such as names of Wi-Fi networks, Media Access Control addresses and device IMEI numbers.

The CDT has filed a petition with the Federal Trade Commission (FTC) about Hotspot Shield’s practices.  Further research into Hotspot Shield by Ethiopian security researcher Meih Yibelo also found various vulnerabilities in their software too.

Then, there is Hola. Back in 2015, this free service, which sells itself as being able to unblock Netflix for free, was found to be enabling users to be tracked as well as carrying a bug which allowed hackers to remotely run programmes on the devices of their users.

They were also found to be selling the bandwidth of their users to anyone willing to pay without user consent too. User numbers fell through the floor in the wake of these claims as many people sought out alternative providers.

Lastly, there is Betternet, which, according to a report by the Australian Government agency, the Commonwealth Scientific and Industrial Research Organisation (CSIRO), contains no fewer than 14 different tracking libraries.

This is the highest number of tracking libraries in any free VPN and means Betternet is selling user data to multiple different third-parties. Their Chrome extension has also recently been found to have been compromised too.

These are far from the only offenders too. Just recently we have written about Facebook’s Onavo VPN which tracks just about everything a user does and reports it back to Facebook. There are many other examples too.

Why would a free VPN sell user data?

Onavo is an exception because Facebook makes plenty of money and is just seeking to harvest as much online data as possible using Onavo as a front to do this. But, for most of the other free VPNs around, their motivation for tracking users is almost always money.

Running a VPN is not a cheap business. There are lots of costs involved in running server networks and developing software not mention staffing and other business-related costs.

These companies have to cover these costs somehow, with most keen to make a profit on top too. And the most valuable commodity they have is the data of their users. There is huge demand for this data from advertisers and selling it offers an easy source of money to these providers.

Unfortunately, that means that if your primary motivation for using a VPN is online privacy, then free VPNs should be a ‘no-go’ for you. They are almost certain to be logging your data and will not only hand it over to law enforcement on request, but also sell it to any third-party willing to pay as well.

This only serves to reemphasise the point that, as long as you can afford it, it is well subscribing to a proper VPN service.

The best VPNs around, such as IPVanish, ExpressVPN, and NordVPN only cost a few dollars a month. But when they claim to keep no user logs, and to not hand over any user data to any third parties, you can be sure they are telling the truth.