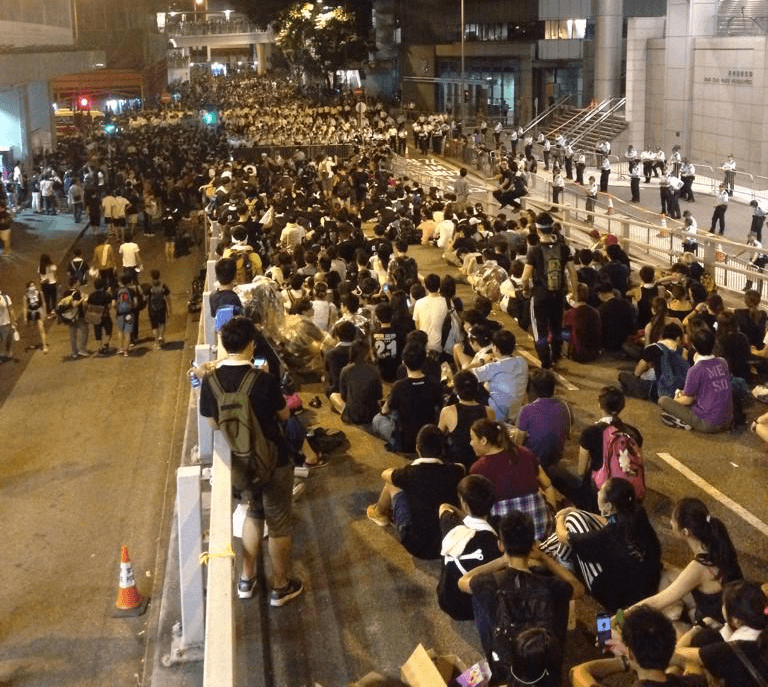 Hong Kong has been in the news of late due to protests that are taking place in regard to democracy in the autonomous region of China.

Protesters are calling for greater democracy in the country with the right to choose their leader after the current leader was chosen by committee in 2012. Full elections have been promised by Beijing in mainland China although part of it’s stipulation is to control the candidates that can run in the elections. Protesters are angered with this suggestion and say that this can not be claimed to be true democracy. Central areas of Hong Kong including the business district have reportedly been taken over by protesters which are made up of a group calling themselves Occupy Central, this has been joined by a student led protest movement in what is being called the #umbrellarevolution.

China is one country that regularly appears in the news for its strict internet blocking regime. Known as the Great Firewall of China the system blocks access to sites that oppose the government and also many international sites such as Twitter and Facebook.

Hong Kong has a somewhat relaxed way of life compared to mainland China and in an effort to stop the flow of information the photo sharing site Instagram has found itself to be the latest in a long list of sites that have become blocked inside China. Our testing with the popular BlockedInChina website confirms that Instagram is blocked in China.

Chinese government are obviously concerned that the flow of information from the protests will reach those on mainland China and encourage others who are also unhappy with one party rule to consider similar demonstrations within the mainland.

While the Instagram block comes as no surprise due to other leading social media sites such as Facebook and Twitter already long blocked, the Chinese government has gone further and blocked certain search terms on the popular Chinese micro blogging website, Weibo. Weibo is considered a mixture of Facebook and Twitter and is in fact the most popular website in China with a reported usage of 30% within China alone. Searching for terms such as “Occupy Central” return no results on the Chinese version of the site even though they do on the international version.

The Instagram block is currently affecting only mainland China and while not accessible there, it is still available in Hong Kong which only goes to reaffirm the view that the Chinese government wants to control what citizens inside China have access to and what they understand about the region of Hong Kong and the greater world. 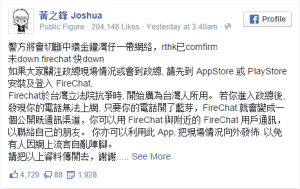 Activists have taken the protest one step further in preparation for any further blockages or risks to online communications. Just as the world has seen in recent other troubled locations such as Egypt, savvy Hong Kong users were urged by student activist leader, Joshua Wong to download an app known as Firechat. Firechat allows mass communication via chatrooms using wi-fi and cellular networks, although one of the most interesting aspects is the ability to use bluetooth which becomes especially important in densely populated areas allowing communication to continue even when internet services have been cut.

Open Garden, the company behind Firechat reported an estimated 100,000 new sign ups in Hong Kong in a 22 hour window of the Occupy Central movement proving that citizens around the world are making use of new technologies to continue their protests and stay abreast of the latest information. With systems such as Firechat it is almost impossible for governments to restrict the free flow of information by solely shutting down traditional communications networks.

While Instagram and other sites are now blocked on mainland China it is still possible to access these in mainland China via VPN providers such as VyprVPN who have their specific Chameleon technology aimed at users with internet restrictions such as China. Other VPN providers who report to work in China include VPN.ac and IPVanish.