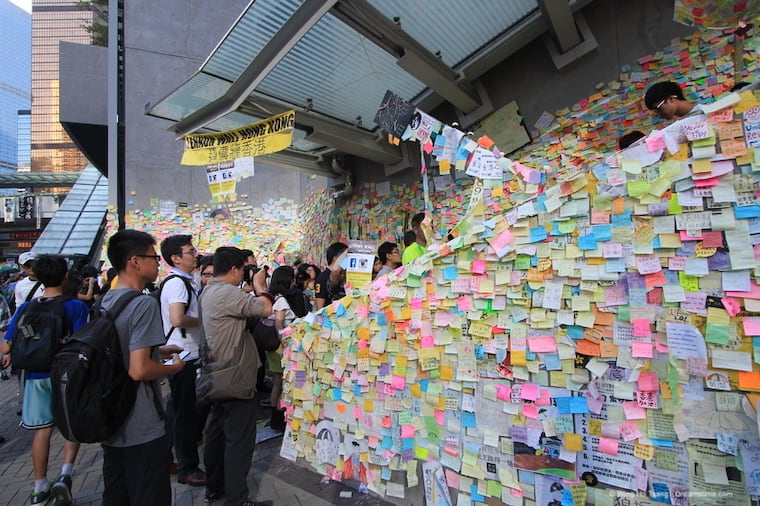 The ongoing democratic protests in Hong Kong took a turn for the worse over the weekend as the Communist Party’s Chief Executive of Hong Kong, Carrie Lam, took a leap into the unknown.

She decided to use emergency powers which date back to colonial times, to ban people from wearing face masks at public gatherings. The anti-mask law came into effect in Hong Kong at midnight on Friday and provoked a furious reaction from protestors.

China’s surveillance state has already leaked into Hong Kong and the reason most protestors wear face masks is to prevent themselves from being identified and the likely repercussions for themselves and their families.

While the anti-face mask law has generated anger and led to protestors redoubling their efforts, it has also raised the prospect of a further crackdown on rights in Hong Kong as Communist China seek to end the protests.

This is the first time that these emergency laws have been used during the current crisis. But they give the Hong Kong authorities scope to go far further than they currently have.

The laws used state that the authorities can “make any regulations whatsoever” that it considers to be in the “public interest” if faced with “an occasion of emergency or public danger.”

This is as loose a phrasing as is possible in a legal document and the widespread assumption is that internet controls could be next.

Unlike Communist China, the internet in Hong Kong is still free and open. However, it has been crucial for protestors to organise themselves and share information, so inevitably it is a target for the authorities.

The risks of internet censorship in Hong Kong

We have reported before that Hong Kong was likely to see internet crackdowns at some point soon. So far, they have failed to materialise barring a few isolated incidents. But the use of these emergency powers appears to make the prospect more likely than ever.

This fear was fuelled by Hong Kong legislator Ip Kwok-him. The notoriously pro-Beijing politician and member of Hong Kong's executive council was interviewed on Hong Kong’s Commercial Radio over the weekend.

He said in no uncertain terms “At this stage, the government will consider all legal means to stop the riots. We would not rule out a ban on the internet.”

Ip Kwok-him is a senior legislator and advisor to Chief Executive Carrie Lam. If he is making such statements publicly, this means the authorities are undoubtedly giving the matter serious consideration.

The knock-on effects of such a move would be severe. Not only would protestors be further enraged but the impact on Hong Kong’s economy would be profound. It is no surprise that ISPs in Hong Kong have been pleading with the authorities not to go down this road for some time now.

If the Hong Kong government does decide to block certain applications or services in Hong Kong, protestors will be quickly searching for a way to regain access. A VPN is the best and easiest way for them to do this.

It is no coincidence that shortly after the anti-face mask ban was announced, the protesters began calling on their compatriots to download a VPN now.

LIHKG, which is the protestors de facto online headquarters, was at the centre of these calls. Their online message board quickly featured a post entitled “Buy VPN, buy VPN, buy VPN!” (in Cantonese) which was quickly the most discussed thread on the page.

“Soon, LIHKG and Telegram could be blocked. VPNs are the only hope we have, please purchase one when the tools are still available!” the user Blooddy, who began the thread, wrote.

Other users were quick to recommend various VPNs with the names of ExpressVPN and NordVPN particularly prominent.

It is likely that any internet controls could see attempts to block the use of VPNs too. But premium providers like ExpressVPN and NordVPN can still be used behind the Great Firewall in China and Hong Kongers can expect them to stay operational there as well.

No resolution in sight

The situation in Hong Kong remains grim. The protestors are rightly sticking to their guns and continuing to take to the streets in huge numbers to demand their basic rights and freedoms from the oppression of Communist China.

Beijing and its backers in Hong Kong are increasingly riled and while they have shown restraint while Hong Kong remains in the public spotlight, there is a sense that this is a situation they will not allow to continue indefinitely.

Communist troop numbers in Hong Kong have reportedly doubled with more forces massed on the border. If they do decide to block or even shut down the internet, it could be a trigger for wider protests followed by a forceful crackdown.

Keeping internet access available is vital to the objectives of those protesting in Hong Kong. And it looks like VPNs could become essential to their cause sooner rather than later.