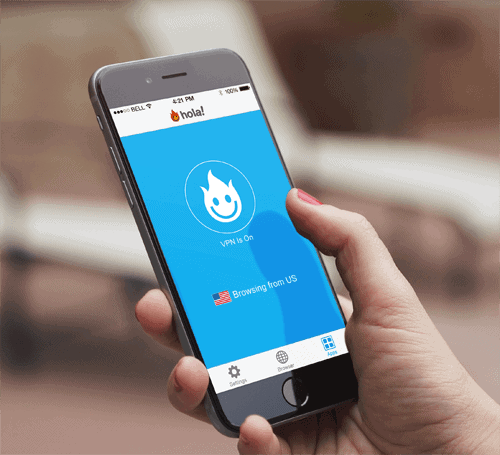 Late last week news shook the privacy world that free VPN provider Hola were complacent in allowing a premium user of their product to effectively utilise their service as a botnet and disrupt website, 8chan. Hola CEO, Ofer Vilenski has now issued a public blog post on their website aimed at restoring some credibility to the free VPN outfit.

The original story itself has two prongs to it, firstly the use of the service as a botnet but secondly and possibly most largely reported is how the service operates on a peer-2-peer type system using user's connections to provide the service. While Hola claim this was always made clear in their FAQ the world has reacted and deemed that this type of usage is not only bad but also wasn't made clear enough.

Hola have no doubt been at panic stations since the news broke, in fact we even caught Hola having a sneaky peak at our 5 Best Alternatives to Hola Unblocker VPN article either attempting to collate world opinion…. or possibly looking for a safer VPN to use in their own office!

What Hola had to say for themselves

CEO Vilenski started by praising his company and the service, how it has given access to sites otherwise blocked and he does so by pinpointing newsworthy areas such as Twitter in Turkey and Facebook in Iran.

The blog post clarifies that Hola does, in fact, use a P2P distribution method and that this has always been made clear, to quantify this Vilenski touches upon how Skype has used this method for years and how basically users are quite happy with this.

In some ways the whole issue raises the question of who should take responsibility for how a service runs. While it is not ideal for a VPN service to be using its user's connections to provide the service, if this is indeed the service that is being offered then isn't it down to the users of that service to fully understand that before signing up to it and if Hola are indeed truthful in what they say then as most of us don't read the terms & conditions of a service, who is at fault?

Regardless, most users who are concerned about their privacy will not touch a free VPN because it has been clear for a long time that if a VPN is free as is the case with Hola then somehow you the user are the service. Running a VPN service is an expensive business and no provider can afford to give it away free, revenue has to be generated
somehow. 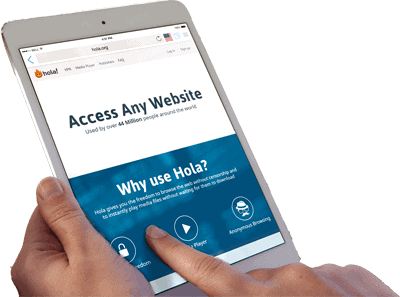 However in the case of Hola they don't have a bundle of expensive VPN servers because as they've already confirmed, the users themselves make up the network. Even so, running a company costs money and this is how Hola choose to generate theirs.

While the blog post itself is a clear attempt at holding their hands up, in parts it feels like a half-hearted effort. At every flaw exposure or mention of a lacking in the service Vilenski takes the opportunity to point to another large corporation who suffered a similar fate, from Skype to Amazon and then finishing off rattling off a list of other large companies who've been in the news recently for security issues.

As companies grow they often fall foul of security incidents, but it doesn't make it a matter of course that just because many large corporations before have hit stumbling blocks that this can be the get out clause for all failings. As privacy concerns by users grow people now expect more from the companies who they entrust with their data, even those who use a freemium model. The apology has hints of a childlike apology, “sorry, but….”. It may have been in the best interest to simply apologise without comparisons and move forward.

The future of Hola Unblocker

The future now for Hola may look bleak but it is an ever changing and fast moving story. The blog post addresses some issues and concerns, they now make it clearer how the service operates, a Chief Security Officer will be appointed in the coming weeks, they are undergoing internal security reviews and have signed up to be externally audited by “one of the big 4 auditing companies’ cyber auditing team”.

So Hola are making moves to right their wrongs but the fact remains the same. User's bandwidth will still be used to provide the network and provide service to their premium customers at luminati.io and here we have the issue with free VPNs.

I'm under no illusion that users won't still continue to use the service, some just simply don't care, it provides a service that does what they want and the workings of it are of little concern. Some simply just don't understand what all the fuss is about and some are simply drawn in by free and why not? Who wants to pay for something when they can get it free?

Human nature leads us to be curious when “free” is mentioned. Like a flock of ostriches craning their necks ever higher to get a glimpse, humans will be drawn to free things, the allure is too strong for some.

But as the age old saying goes, Nothing in life is free.

Users looking for a safer alternative should consider our 5 Best Alternatives to Hola Unblocker VPN guide that lists reliable providers tasked with providing you a safe and private service that will not utilise your bandwidth to provide the service to others all done at a cost of between only US$5-$10 per month.