Have NSA revelations hurt US tech? 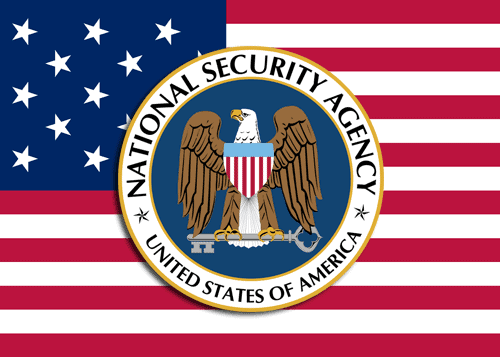 The US has given the world many tech based inventions that have greatly improved productivity of both individuals and businesses around the world. From Microsoft to Apple and the many other US based hardware, software and web based businesses, the world certainly has a lot to owe the US for.

While the US is one of the leading countries in tech based advancement there are other countries equally as important and as a combination, the contribution from the rest of the world as a whole is not one to go unrecognised. Revelations from Edward Snowden in 2013 caused the world to pause and question what US based spy agencies are truly doing and how that impacts on worldwide users.

It quickly became apparent that US spy agencies were not only spying and snooping on worldwide citizens using underhand tactics but also using the obvious US tech industry to their advantage. As part of the disclosures published in newspapers reporting on the Snowden revelations, it became clear that a program named PRISM was responsible for directly tapping in to user data at the various tech companies that not only US citizens but world citizens have come to see as household names.

Companies such as Google, Apple and Facebook were implicated in giving the NSA direct access to user data, a claim which of course every company denied due to obvious limited staff knowledge of such a program and the legal implications to keep such agreements secret.

One of the biggest and most embarrassing revelations of the whole affair was that the US government were found to be spying on so called allied countries government communications, these were well publicised incidents which included the spying on of German Chancellor, Angela Merkel’s phone and further government snooping of Brazilian politicians and companies such as energy giant, Petrobras.

The response from both Germany and Brazil was as to be expected with former Brazilian president, Luiz Inácio Lula da Silva calling for the president of the United States to apologise to the world.

So while the revelations concerned every citizen and what we now understand the US government capabilities to be, there is also a further reaching and longer term legacy in the way that these revelations have and will hurt US tech companies now and in the future. On a country wide level this has recently come to light with plans for Brazil to increase its capability to circumvent the United States in its communications networks.

When the plan was originally made public it was seen somewhat of a steam blowing exercise. With that plan finally coming to fruition the fallout of the NSA spying revelations are finally being felt. Brazil announced it is planning a US$185 million project to lay a fibre optic cable from the Brazilian city of Fortazleza to Portugal thus reducing the reliance on communications networks which currently rely on the United States.

Not only will the cable reduce reliance on the US but Brazil has also stated that it will not make use of any US contractors in the laying and implementation of the cable.

On a smaller scale in the VPN and software industry there has been a trend by a section of users to avoid using US based software products or services. Social media sites such as Reddit are often awash with suggestions not to make use of US based VPN providers due to the possibility of organisations such as the NSA putting requirements on them to allow full access to their databases without public knowledge.

While there is no suggestion that this is the case and many responsible providers have made moves to introduce measures such as warrant canaries, it is a certainty that US VPN providers and those in allied countries such as the UK will be worst hit as users vent their frustration by choosing providers in more privacy orientated countries such as Switzerland and elsewhere.

The United States has enjoyed a somewhat monopoly within the tech industry, a position of power that has without a doubt contributed to the improvement of the world as a whole. Although as Voltaire stated, with great power comes great responsibility.

The power that the US tech industry has enjoyed has been abused by the government of the United States, this has lead to a disillusionment of US based institutions from software to hardware. The fallout of such disillusionment may take many years to be fully realised but with governments such as the Russian, Brazilian, Chinese and other new power countries making motions to distance themselves from US based enterprise as much as possible, the future of worldwide tech looks set to shift direction.

So while the world, including US citizens are understandably annoyed with the NSA and its global partners, it is individual business in the US that is likely to suffer as a result. This will be wide ranging from hardware to software and with global power and money now being distributed between countries not technically superpowers in the past, but somewhat superpowers of the present and future, it marks as a stark reminder to the US that it no longer holds the world monopoly that it once did.

Just as other superpowers such as the British Emipre have fallen in the past leaving the remnants a former shell of its past glory, the US must tread carefully in how it responses to such concerns from a global audience who can ultimately be judge and jury. It is fine being the world leading tech industry but if the rest of the world doesn’t want to play ball, it can be a very lonely position to be left holding the ball with no players.