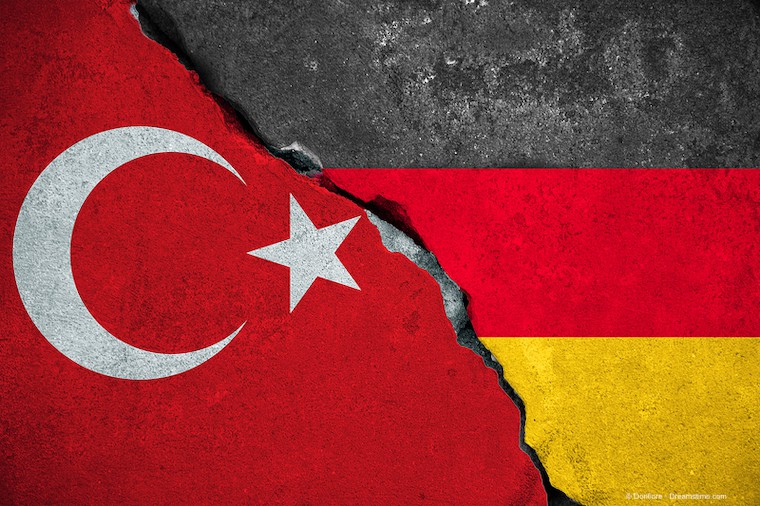 German authorities have warned travellers to Turkey that they could face legal repercussions if they are caught using a VPN in the country.

It is the first time that a formal warning has been made about using VPNs in the country, but it comes from the highest level and is one that travellers from all countries should be aware of.

It is not that long ago that Turkey was seen as a thriving secular Islamic democracy and a future member of the European Union. But under the dictatorial leadership of President Recep Tayyip Erdoğan, the slide towards authoritarianism has been remarkably swift.

A failed coup which sought to remove Erdoğan in 2016 led to a rapid deterioration in freedoms in Turkey as the President moved to shore up his own power base under the guise of a national security push.

This has been felt across all aspects of Turkish society, but nowhere has it been more noticeable that online, where censorship and surveillance have grown exponentially.

In the government’s drive to control the flow of information and restrict its political opponents, Turkey has sought to block VPNs, banned the use of encrypted messaging services, and routinely blocked social media sites and instigated total internet shutdowns at politically sensitive times.

Online censorship has also spiralled in Turkey and the government has legislated repeatedly to give it the powers to block access to just about any content it doesn’t like. Hundreds of thousands of websites are now inaccessible in Turkey, which has ironically driven more and more Turkish citizens and ex-pats onto VPNs in order to enjoy free access to the internet.

Germany warns over VPN use

Germany is perhaps the European country with the closest links to Turkey and there is a substantial Turkish ex-pat population living there meaning that travel between the two countries is frequent.

As such, it is perhaps no surprise that they are the first country to warn about the risks of seeking to get around the Turkish regimes internet restrictions.

Germany’s Federal Foreign Office (the equivalent of the UK’s Foreign and Commonwealth Office) routinely issues travel advice to different countries around the world.

It has now updated this advice for Turkey with a specific reference to VPN use in the country. According to Deutsche Welle Turkish (in Turkish) which first reported the news, the official advice to German travellers now specifically states that Turkey monitors the use of VPNs in the country.

It states that if they catch you using a VPN there, you could face legal repercussions. This warning is then linked to established warnings about Turkish laws against ‘insulting the President’ and ‘making propaganda for a terrorist organisation’. It is thought that German citizens have faced charges under both these laws in recent years.

We are not aware of anyone in Turkey facing legal action for using a VPN but there is no doubt that the Erdoğan regime is against their use and this law is a timely reminder of the fact.

How to use a VPN safely in Turkey

If you are travelling to Turkey soon, this news might come as a concern to you. After all, VPN use has never been more important there, especially if you want to use the internet without the threat of government surveillance or access sites that are currently blocked in Turkey.

Fortunately, there are a number of features that most top VPNs offer which should keep you safe when connecting to them in Turkey.

Make sure your chosen VPN has robust encryption in place. 256-AES encryption is the minimum you should be looking for. This is military-grade and ensures that the Turkish authorities have no chance of cracking it.

A reliable no user logs policy is also a must. The Turkish authorities have tended to try and pursue information about internet users in recent times so it is a very good idea to make sure there is no record of what you are doing online for them to access.

Servers outside Turkey, but in nearby countries will enable you to bypass the strict online censorship regime there and access whatever content you need.

Perhaps most importantly, your VPN should offer a kill switch which you must make sure you have enabled before going online. This feature will cut your internet connection if your VPN link drops out and so ensure there is no chance of your online activity being accidentally exposed.

It is right and responsible for the German authorities to caution about the potential risks of being caught using a VPN in Turkey.

But, in truth, your online security and privacy are far more at risk by not using a VPN in Turkey. So, as long as you choose a good VPN and take the proper precautions, we would still recommend the use of a VPN whenever you go online in Turkey.

To find out which VPNs work best in Turkey, our guide to the Best VPN for Ex-Pats in Turkey is a good place to start.