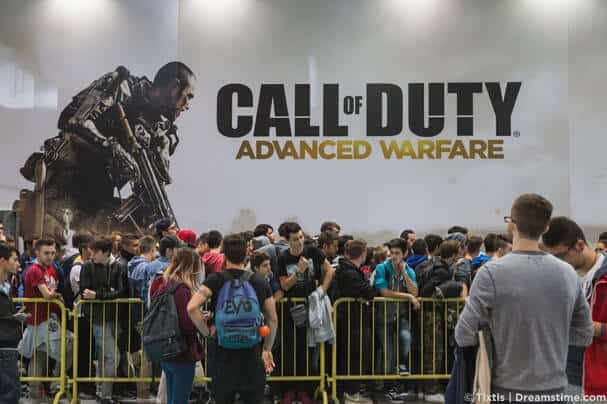 The Call of Duty video-game franchise is a global phenomenon. Since it first launched in 2003, the various incarnations of the game have chalked up hundreds of millions of sales.

The latest version of the game, Call of Duty: Black Ops III generated publisher Activision an astonishing US$550 million in revenue in the first 72 hours of its release. It sold a total of 11 million copies on PS4 and 6 million on X-Box One alone.

It should, therefore, come as no surprise to learn that the development of a new edition of the franchise has fans around the world eager with anticipation.

Call of Duty: Mobile has been talked about in online forums for sometimes. The publishers have teased fans with clips and hints. Two months ago the title was finally confirmed and then on 16th May, a beta version of the new game finally landed.

There was just one problem. The beta version of Call of Duty: Mobile has only been launched in India. This is great for Indian-based Call of Duty fans who can have an early taste of the new game.

There are plenty of them but the Indian fans still only make up a small percentage of the games total fanbase. With the latest versions of the Call of Duty franchise selling in excess of 30 million copies each, that means tens of millions of fans are likely to be missing out on this new game.

Playing Call of Duty: Mobile outside India with a VPN

Originally, this didn’t seem to be a problem because overseas users could easily bypass this geo-restriction with the help of a VPN.

By signing up to a VPN such as ExpressVPN or NordVPN, Call of Duty fans around the world were able to connect to an Indian-based server and access the new beta version of the game no matter where in the world they were.

But now they have a problem. Yesterday, Call of Duty: Mobile was offline for server maintenance. This is not uncommon for beta games. But, when it came back online it pops up a warning telling people outside India they are not permitted to play the game.

It stated that the ability to play Call of Duty: Mobile Closed Beta over a Virtual Private Network (VPN) will be disabled.

Publishers Activision and game developers Tencent are obviously keen that fans in the wider world don’t get to peek until they decide the game is ready. The problem is fans don’t want to wait that long.

Users have reported on social media that a number of VPNs no longer work with Call of Duty: Mobile. There is understandable frustration at this.

But there is good news. The block doesn’t seem to be working with all VPNs. If your VPN is unable to unblock Call of Duty: Mobile, it is worth trying some others.

It is early days so no VPNs have confirmed for sure they are working yet. But most, like ExpressVPN or NordVPN, offer a money-back guarantee which means you can try out their service knowing you can claim all of your money back straight away if it doesn’t work.

Alternatively, other proxy options such as Smart DNS are also reported to be working in some circumstances too. Fortunately, some of the best VPNs such as ExpressVPN and StrongVPN also offer a SmartDNS service for free. This will give you two bites of the cherry to unblock Call of Duty: Mobile.

The only other option at the moment is to wait. It is expected that the Beta version will be made in Australia in the near future. It is possible that the VPN block they have tried to introduce in India will not be applied there.

It will then be rolled out to other countries, including some in Europe and North America in the following few months.

It is a shame that the developers of Call of Duty: Mobile have decided to block millions of their own fans from playing the game they love. The purpose of a beta version of a game is to let people play it and help find any issues and bugs it may have.

Sadly, it seems that the developers have decided to prioritise their PR exercise over their fans. But fortunately, with the help of VPNs or SmartDNS, it should still be possible for fans to play Call of Duty: Mobile today.