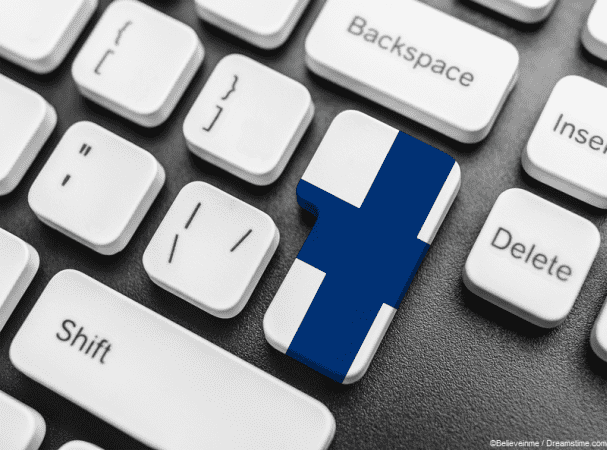 Finland looks set to become the latest European country to propose the introduction of more stringent online surveillance laws under the guise of a need to defend themselves against the risk of terrorist attacks.

At present, the Finnish intelligence agencies are only allowed to monitor and access the online activity of criminal and terrorist suspects after a crime has been committed. The draft legislation would remove this safeguard and bring Finland in line with other European countries which have passed intrusive surveillance laws in recent times, such as the UK and the Netherlands.

The proposed new laws have been put forward by a working group operating under the control of the country’s Interior Ministry. The Working Group has proposed that SUPO, Finland’s Security Intelligence Police, and also their Military Intelligence officers should be given the power to intercept online information and data both within the national borders and also overseas.

Powers that would be awarded to the intelligence agencies include being allowed to hack into online messaging services and attempting to break encryption in order to read the messages of any they deem to be a potential threat to national security.

Speaking at a press conference to discuss the proposed new laws, Paula Risikko, Finnish Interior Minister, said that the legal system as it stands means “we have not been able to get all the necessary information, and it is nearly untenable that we’d have to depend on other countries for it.” She went on to argue that similar laws were now in place in “nearly every European country.”

Arguing that the laws are needed because other countries have them is, at best, tenuous. It also illustrates the slippery slope we find ourselves on when just a few countries take advantage of horrendous terrorist incidents to award themselves disproportionate levels of power to spy on their citizens. Pretty soon others want to follow suit.

Kauko Aaltomaa, the head of the Finnish Interior Ministry’s police department highlighted this perfectly when he said at the same press conference that “we have fallen behind badly, if not completely, in comparison to other countries in this.”

And Finland is a classic example of a country that has no need for such intrusive and overbearing surveillance powers. They have not fallen victim to a single attack in the recent wave of terrorist incidents to strike Europe.

The new laws appear to be a kneejerk response to incidents which have taken place in neighbouring countries, both of which face very different geopolitical challenges to Finland.

The recent attack in Stockholm, Sweden, has highlighted the problems that country has created for itself by welcoming a huge number of non-European immigrants without any effective plan to integrate them into Swedish society.

And the attack on a Metro train in St Petersburg, Russia, has been linked to that country’s role in the war in Syria. Neither of these circumstances fit the picture Finland finds itself in, and yet little other justification has been offered to support the new proposals.

Scandinavian countries have always prided themselves on their reputation as liberal democracies and, to be fair, the Finnish authorities have taken steps to ensure that at least some safeguards have been put in place.

Civil surveillance will have to be approved by a court before any action can be taken and a new oversight body will be set up to approve any military surveillance operations.

But the fact that the Finnish Government is willing to change the country’s Constitution to force through these new powers and that Paula Risikko has said she wants the new powers in place “as soon as possible” suggests that the proposals may not receive the level of public and parliamentary scrutiny they should.

Finnish citizens are rightly concerned and for those that don’t have faith in their government to use these powers proportionately, a VPN is the only solution. A reputable VPN provider such as IPVanish or ExpressVPN will allow all internet activity to be encrypted and made anonymous, keeping your online activity safe from any prying government eyes.