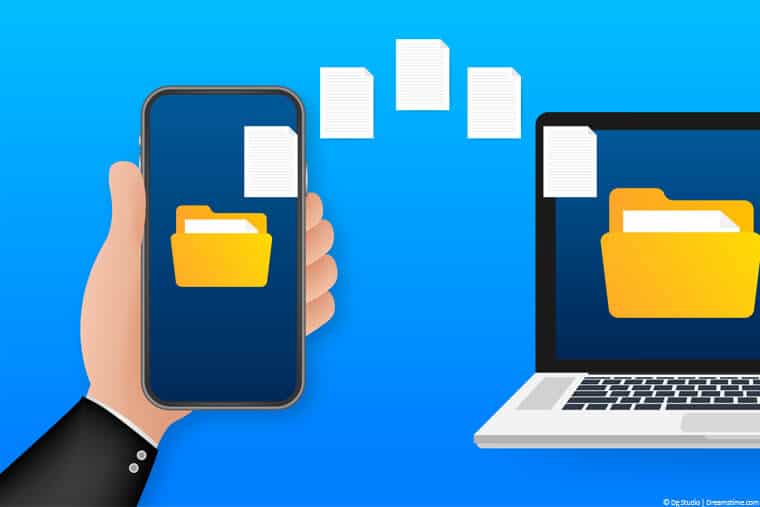 NordLocker the new file storage system launched by popular VPN provider, NordVPN, recently decided to conduct a study to see what the file-sharing habits of people in the US and the UK are.

They questioned over 1400 people from UK and US, seeking to find similarities, differences, and establish internet users' ways of thinking about the web, online file storage and security in general.

The study questioned people via surveys, asking for details regarding file security, malicious attacks, file-sharing methods, and more. In the end, the study produced some rather interesting results.

What did the study reveal?

According to the report, NordLocker found that most people tend to use email for sharing files.

This comes as an interesting finding, as email-based file-sharing was found to be the unsafest. Despite this, however, over 58% of questioned participants from the US and 56% from the UK use this method.

The study also questioned respondents about online threats, establishing that more than half of the participants from each respective country had been victim of cyberattacks.

Around 67% of Americans and 55% of UK users have fallen victim to malicious attacks at least once.

Nearly every third UK user and every second US user has had a virus on their PC. 32% UK participants admitted to clicking on links in scam emails, 23% had their password stolen, while 11% lost important files due to technical failure or cyber-attacks.

The situation is only slightly better in the US, where 20% of participants clicked on scam emails, 14% admitted to having their password stolen, while 10% lost important files. 8% became victims of ransomware, according to NordLocker's findings, and were asked to pay to have their own files accessible again.

When questioned about data exposure, many in the UK have reported that it feels like losing a wallet (85%), coming home to find the door open (83%), having their personal documents stolen (83%), losing a phone or computer (79%) or finding someone else has access to their own computer (79%), among other things.

Americans were discovered to feel rather similar, although with some important differences.

86% have reported that data exposure feels like coming home to find the door open, while only 79% compared it to losing a wallet.

84% also compared it to personal documents being stolen, while 78% said it feels like losing a computer or phone. 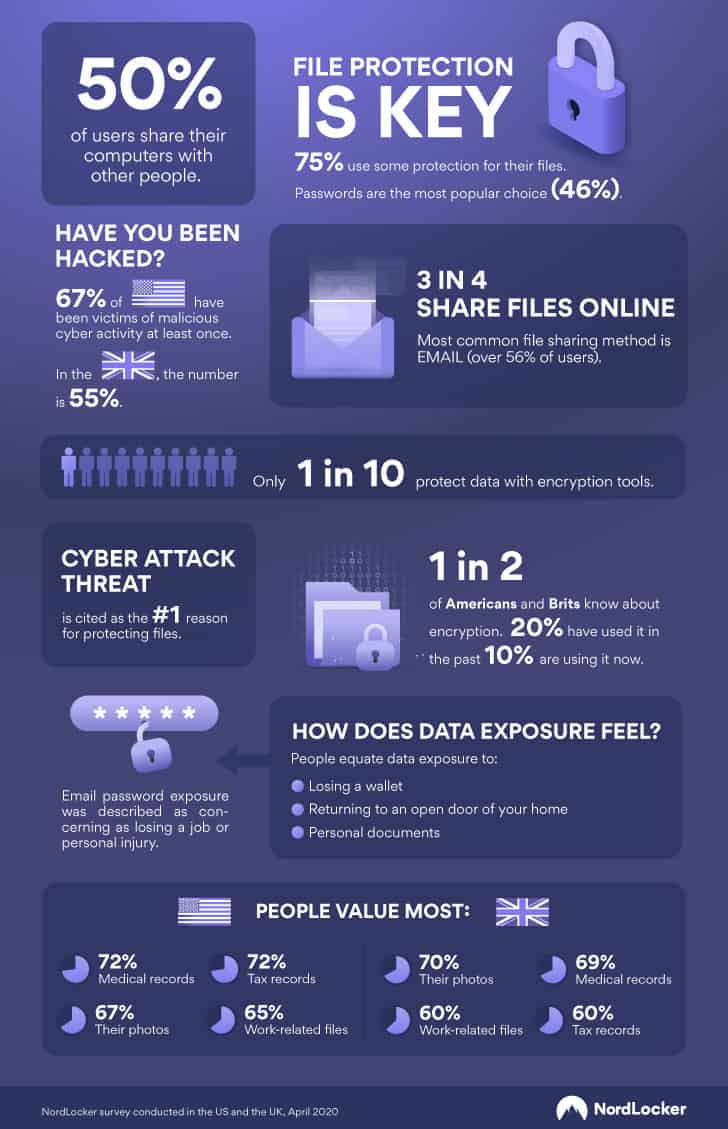 Another interesting aspect of the survey includes what people tend to store and how they value it. The survey found that there was a considerable difference in what users consider to be private info, and how much they value it.

In the UK, the most important thing to the internet users seem to be their personal photos.

70% of participants expressed that this is the most important to them, while 69% pointed to personally identifiable information and medical records.

In the US, the participants were mostly worried about their tax records, medical records, and personal IDs, such as passport copy and alike, with 72% being most concerned for each of the categories.

Passwords are the most common way to protect files

Lastly, the study looked into how participants were protecting their files, finding that, in both countries, every other person tends to share their personal computer with others.

Usually, this included children, parents, and spouses, although the fact remains that security risks grow whenever more than one person has access to a single device.

Most people do tend to protect their files (75% in both countries), and it appears that using passwords is the most popular method, with 46% of people doing it in the UK and US alike.

Meanwhile, only 16% of people in each country uses encrypted cloud storage, while only 11% in the US (10% in the UK) uses encryption tools.

The findings are very interesting, as they show that people from the US and the UK do share a lot of similarities as far as their online safety is concerned.

They do seem to care about different things, however.

Also, many seemed to have been targeted by malicious attacks, which goes to show how massive such campaigns have become.

The most worrying statistic though is that a large portion of users still share files via insecure email.