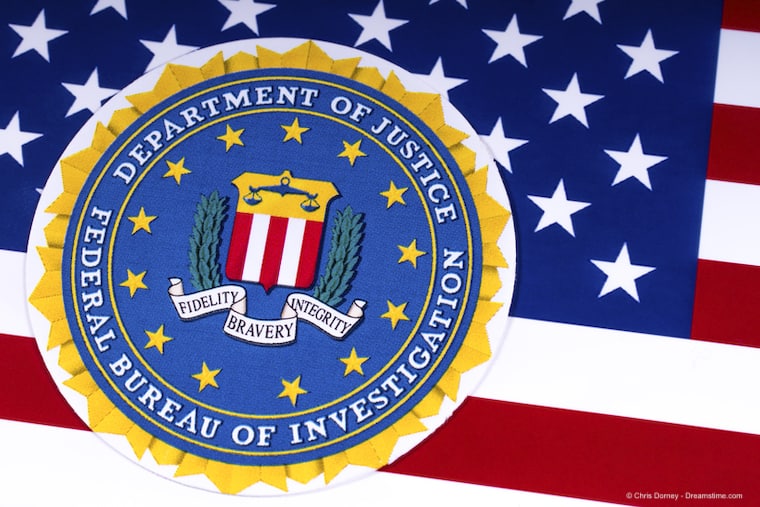 The holiday season is now firmly upon us and for many people that means hitting the road as we travel to see family and friends, or dash to the airport to grab some much-needed winter sun.

It also means that many of us will find ourselves connecting to public Wi-Fi networks on trains, in airports, or while lounging by a hotel pool in Thailand or the Caribbean.

This means it is also the time of year when a reminder about the dangers of using these public Wi-Fi networks is needed. And this year, it couldn’t come from a more authoritative source.

We don’t always have a lot of good things to say about the Federal Bureau of Investigation (FBI).

They have been at the forefront of campaigns in the US to insert backdoors into encrypted communications. They are also responsible for a large proportion of the mass surveillance programmes that threaten the privacy of internet users both in the USA and around the world.

But, of course, they do a great deal of good too, keeping bad guys off the streets and preventing a huge amount of serious and violent crime.

They also offer a lot of advice to people and one such platform for this is the weekly FBI tech advice column – known as Tech Tuesday.

If you haven’t heard of Tech Tuesday before, well, neither had we, because quite frankly it doesn’t offer a huge amount of useful information. But, this week is an exception, because the topic for discussion is cyber-security in the holiday season.

There is nothing new in what they are saying. Their advice is all stuff we have written about before and will write about again. But we know that the FBI saying something carries a little more gravitas than us, so we are more than happy to share their advice with you again.

What the FBI recommends

Their advice is pretty simple. If you need to connect to a public Wi-Fi network, be sure to check the name of the network and the password carefully. Hackers sometimes set up fake networks with similar names to try and trap unsuspecting users.

Do not do anything sensitive when using a public Wi-Fi network, such as online banking or anything that involves entering your bank card details.

Disable location settings on your devices so your social media and photos don’t reveal that you are not at home online. This could be an open invitation to burglars.

And, don’t allow your devices to automatically connect to free Wi-Fi networks. These are often set up by hackers who will then use them to deliver malware and other malicious programmes onto your device as well as scoop up all your data.

Lastly, they question whether it is really necessary to post lots of images and details about your Christmas celebrations online. This too can tell people that you are not at home.

All of the FBI’s advice is eminently sensible and we would fully endorse every word of it. But there is a rather large elephant in the room.

For reasons that most people can probably guess, there is one rather important bit of advice that the FBI has omitted from their Tuesday Tech briefing.

The absolute best way to protect your security and privacy when using a public Wi-Fi network is to connect to a VPN.

When you connect to a VPN, everything you do online is encrypted. This means that hackers cannot see your data and you can even do things like online banking and shopping safely.

VPNs will also protect your privacy online by stopping network providers from seeing which websites you are visiting too. This means you can visit any website you like confident that no-one will be able to identify the fact that you looked at it.

Why might the FBI have overlooked this hugely important and reliable tool that almost every other similar article recommends right at the start?

Well, let’s not forget that the FBI is not big fans of encryption. Like hackers, it makes their job much harder as they cannot look at everything we are doing online too. And make no mistake about it, there are just as many FBI agents snooping around the internet and watching what people are doing online as there are hackers.

The FBI needs to be seen to be promoting good cyber-security practices. They have a duty to do this. But they are never going to actively promote a tool like a VPN.

That is where independent voices like us here at VPNCompare.co.uk come in.

So, by all means follow the FBI’s guidance on using public Wi-Fi networks in hotels and on public transport this Christmas. It is all sound advice.

But don’t forget the most important bits of advice of all. Always use a VPN! And have a Merry and Secure Christmas!