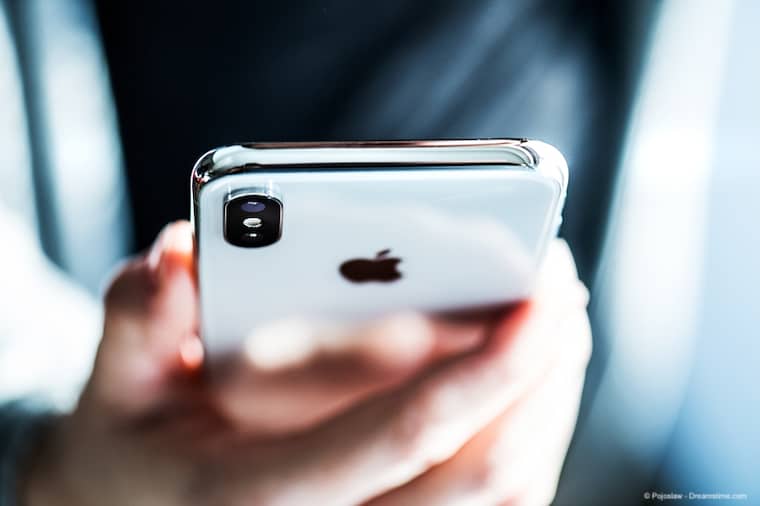 The FBI is on Apple’s case once more to try and get them to unlock two encrypted iPhone’s belonging to a terrorist suspect.

Mohammed Saeed Alshamrani, who was a member of the Saudi Royal Air Force, shot three people dead and injured eight more in an attack at a US naval base in Pensacola, Florida in December.

Alshamrani owned two iPhone’s, one of which was believed to have been shot and damaged during the incident. The FBI has been trying to unlock these iPhone’s as part of their investigation but have so far failed to do so.

Now the FBI’s general counsel, Dana Boente, has written to Apple’s top lawyer requested their help in unlocking the phones. The letter itself has not been released but journalists have obtained details about its contents.

These details are fascinating and will provide great reassurance for iPhone users everywhere.

The FBI notes in the letter that they have a search warrant to access the phones. They have tried to do this themselves and have apparently also requested assistance from “other government agencies and third-party companies”. So far, they have still not managed to access the device.

The fact that they have taken the step of approaching Apple again suggests they have run out of options. This is revealing given that they have previously claimed to be able to access iPhones with the help of a company from Israel.

It also suggests that Apple has been successful in beefing up the iPhone’s security and encryption to stop even the FBI from being able to hack their devices.

Is the letter designed to set a precedent?

Some observers have questioned whether this new letter is an attempt by the FBI to bring the whole issue of Apple’s refusal to help them access iPhone’s back into the public domain again.

The debate over encryption continues to rumble on in the USA with Attorney General William Barr continuing to argue forcefully for legislation that would allow law enforcement bodies to access encrypted devices and communications.

The FBI surely knows that Apple will once again refuse to help them. This will potentially create a scenario where Barr, the Republican Party, or even Trump himself could then act to force them.

This particular terrorist attack took place in Florida rather than California, which means it is subjected to different laws. In 2017, Florida passed a law that allowed Police to force suspects to hand over smartphone passcodes.

Alshamrani cannot do this himself as he is dead. But this could still provide a legal basis for the FBI to try and force Apple to gain access for them.

The other issue will be over what other options the FBI has. It claimed that it had exhausted all options in unlocking the iPhones in the San Bernardino case. But the fact that it then found a private company who could show that wasn’t the case.

A special inquiry report by the US Department of Justice's internal inspector general criticized the FBI for taking this stance.

But it is a stance they have taken once again in this case. If they can stand it up this time, Apple’s enhanced encryption and security could paradoxically leave it open to legislation that would force it to unlock its own devices.

If the FBI does manage to convince the courts of its case this time, it seems certain to be in for a long battle.

Apple has doubled-down on the importance of user privacy and its determination to defend this in recent times.

Only this week, they took the rare step of sending a representative to the flagship CES tech conference in Las Vegas to make exactly this case.

Jane Horvath, Apple’s Senior Director of Global Privacy sat on a panel at the conference alongside representatives from Facebook, Proctor and Gamble, and the Federal Trade Commission (FTC).

In her comments, she patiently explained that “iPhone’s are prone to be lost or stolen, so Apple needs to make sure the devices are encrypted to protect data such as health and payment information.”

She also highlighted that Apple helps the FBI and other law enforcement agencies with investigations on a daily basis. Apple reiterated this in its own statement relating to the Alshamrani case.

“When the FBI requested information from us relating to this case a month ago we gave them all of the data in our possession and we will continue to support them with the data we have available.”

This statement emphasizes once again a fact about encrypted devices that the FBI still seems to struggle with.

Apple is not refusing to give them access to information it holds. Apple itself cannot access encrypted user devices beyond the data that it has already shared.

This is the point of encryption. It offers an absolute security and places the key solely in the hands of the users. Once a backdoor is added, this security provision loses all value as there is an inherent vulnerability that can and will be exploited.

The question is how many court cases and how much public money will need to be spent before the FBI finally understands this.