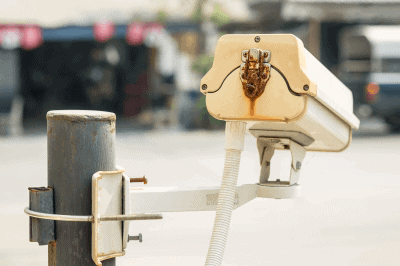 In this day and age, privacy is becoming a growing concern. With the rise of the digital age, it’s becoming harder and harder to secure our online presence – yet alone remain anonymous. This feat becomes even more difficult with the introduction of facial recognition technology into our modern world. Facial recognition isn’t a new phenomenon by any means, however, the way it’s implemented today is rapidly changing.

Police use of facial recognition

Since the very conception of using cameras to recognize and label people, we as a society have become accepting of the trade-off between protection and privacy. While facial recognition (and the face image database associated with it) is a tool that can be used for good, there is some controversy about how the industry is planning to use the tech.

In fact, just a few days ago, at the Download music festival in the UK, local police had used facial recognition technology to scan the faces of thousands of attendees – without their knowledge. According to the Leicestershire Police department, this was implemented in order to prevent “organized criminals” from “[stealing] mobile phones.” The collected footage was compared against a database of mugshots with an effort to identify the alleged phone stealing criminals.

While, yes, you’re only going to get flagged if your face is a match to someone in the custody database, your face (along with thousands of others) is still being recorded and stored. In this case, the police department claims to have destroyed all of the footage, but we have to take their word for it. In many instances of facial recognition, the footage is not deleted, but on the contrary – optimized for quicker searching. In the UK, the authorities have about 18 million mug shots on file, and the database is only growing.

Civil rights groups up in arms about facial recognition tech

As massive amounts of data is being collected on millions of innocent members of the public (without their knowledge), the facial recognition software is getting more sophisticated, affordable and in turn increasingly more popular. The issue here is not facial recognition technology, but rather its implementation, and our lack of choice. Civil rights groups argue that we have a fundamental right to privacy and that wanting to stay anonymous doesn’t automatically translate to criminal behavior. In short, the argument is, we shouldn’t be able to be identified if we don’t want to be – it’s as simple as that.

A group of nine privacy advocates – including the American Civil Liberties Union and the Electronic Frontier Foundation – have attempted to come together with “representatives from technology companies, trade groups, consumer groups, academic institutions and other organizations” in efforts to create an enforceable, and more importantly voluntary, code of conduct. The code was supposed to shed light on how the Consumer Privacy Bill of Rights is applied to facial recognition technology.

Unfortunately, the talks did not go well. After twelve meetings, the privacy lobbyist team was not able to make any progress, and they were forced to abandon all discussions – at least for now. The fact that neither private companies nor government agencies are willing to accept the notion of seeking permission prior to collecting and using this type of data is frightening.

Many ethical concerns arise from this blatant disrespect of our privacy. If these images are being collected without our consent, who is to say that they’re being used strictly for legitimate purposes? We’ll never know, but we need to continue the fight for our right to privacy if we ever want to make any progress on this issue. Unfortunately, at this point in time, privacy campaigners have very little faith that digital surveillance can be suppressed, yet alone stopped.

Image courtesy of nipitphand at FreeDigitalPhotos.net