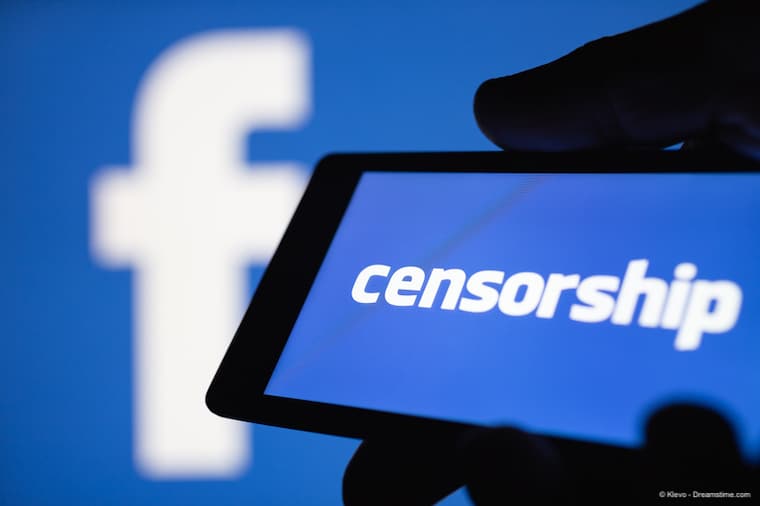 Facebook’s attempt to pivot towards a privacy-friendly business model is not going well.

Despite being one of the most data-hungry, privacy-busting tech companies out there, Facebook has, in recent months, tried to reposition itself as a company that is focused on the interests of its users rather than its shareholders.

This has seen it pledge to encrypt its Messenger app and staunchly stand-up to criticism of the move from governments and intelligence agencies around the world. However, Messenger remains unencrypted and most of Facebook’s other privacy-friendly announcements look like tokenism at best.

Now the charade of privacy on Facebook has collapsed as a US court has approved a whopping US$5 million fine against the company for… guess what… privacy violations.

What is this huge fine for?

The fine was initially imposed on Facebook by the USA’s Federal Trade Commission (FTC) in July of last year.

The scandal has caused huge damage to the Facebook brand and led to a movement encouraging people to delete their Facebook accounts, a move that is still recommended for users who genuinely value their online privacy.

The FTC inquiry specifically focused on whether the Cambridge Analytica scandal meant that Facebook was in breach of an agreement it reached with the FTC in 2011 that required it to implement greater privacy protections and transparency for users.

The FTC decided that it was and issued a US$5 billion fine and a number of additional privacy requirements. These included a demand for Facebook to create an independent privacy committee and to implement a number of other privacy protections.

The US$5 billion fine is by some distance the largest monetary fine the FTC has ever issued.

Its approval by U.S. District Court Judge Timothy Kelly was welcomed by FTC Chairman Joe Simons who said, “We are pleased with the Court’s decision.”

He further noted that Facebook would now be required to “consider privacy at every stage of its operations and provide substantially more transparency and accountability for its executives’ privacy-related decisions.”

However, Judge Kelly also acknowledged efforts by a number of groups, including Public Citizen, Common Sense Media and the U.S. Public Interest Research Group, to persuade the court to block the fine.

Their argument was that the fine was far too small given the gravity of the privacy breach in this case and the scale of the fine in relation to Facebook’s gargantuan profits.

To put the fine in context, Facebook made profits in the fourth quarter of the last financial year of US$6.8 billion. When looked at through this prism, the fine does look relatively modest and is likely to go largely unnoticed by a company as large as Facebook.

With this fine and investigation now concluded, Facebook would no doubt have been hoping to put the issue to bed and continue into its brave new future as a privacy-friendly social media company. Unfortunately, it’s not quite working out that way.

International human rights groups have piled into Facebook once more this week as the company collapsed under pressure from authorities in Vietnam and agreed to censor content on their platform.

Vietnam is a single-party communist state and early last year, it accused Facebook of breaching its controversial and highly draconian new cybersecurity laws by allowing dissidents opposed to the ruling regime to put up critical posts.

At least sixteen such dissidents have been arrested in the intervening months with at least five of those known to have been jailed.

Vietnam has also demanded that Facebook store all data related to Vietnamese users on local servers, which the company has, to date, not done. As a result, state-owned telecoms companies in Vietnam have begun to block access to servers used by Facebook.

The result of this move has been to either slow Facebook to a crawl for users in Vietnam or take it offline altogether.

It seems that limiting user access and thus restricting profits is where Facebook draws the line on issues like this and it has grovelled before the Vietnamese regime and agreed to all its censorship requests.

As a result, it has censored a large number of perfectly legitimate posts that are critical of the regime, to the chagrin of human rights organisations. Amnesty International and Human Rights Watch are among a slew of groups to condemn the move and urge Facebook to rethink.

Facebook itself issued a statement confirming its censorship of Vietnamese posts that was bordering on the pathetic.

“We believe freedom of expression is a fundamental human right and work hard to protect and defend this important civil liberty around the world” they claimed despite all evidence to the contrary.

They then went on to confirm that profits remain their priority with Vietnam one of their biggest Asian markets. They added, “we have taken this action to ensure our services remain available and usable for millions of people in Vietnam.”

Aren’t the Vietnamese people lucky that Facebook is willing to go to the effort of censoring their thoughts and opinions in order to let them access their wondering (and highly profitable) platform?

It is yet another low point for Facebook and a clear indication that, despite all the pro-privacy spin, the truth is that Facebook will do whatever it takes to keep profits flowing, including censoring content and breaching users privacy.