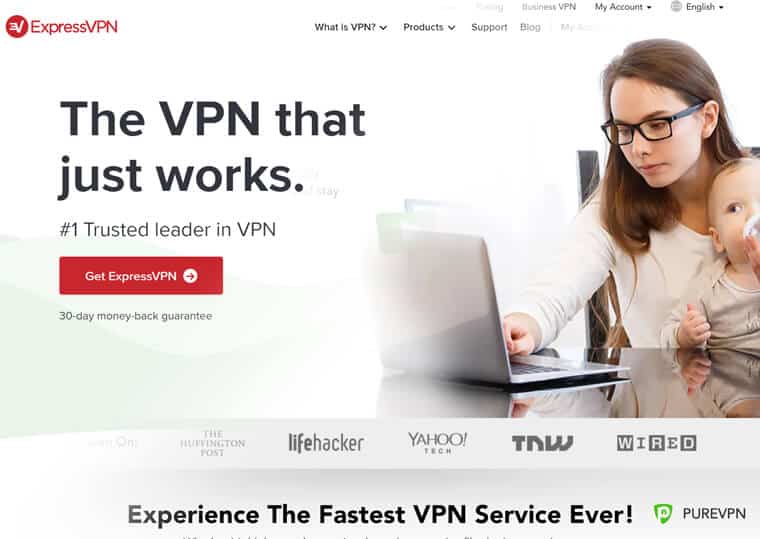 ExpressVPN and PureVPN are two of the most popular VPN services available.

But which should you choose?

With conflicting reviews across the internet, it's a minefield to know which to select. So we've decided to put the most sought after features head-to-head.

This will allow you to make a decision based on what's important to you and not on someone else's opinion.

By the time you are done reading this comparison, things will be more apparent, and you will be ready to pick the service that will serve you best.

If you can't wait, skip straight to the results now.

The first thing that we need to compare when it comes to these two VPNs is their logging policy.

We are glad to say that both of these two services claim to have a strict no-logging policy.

Late last year ExpressVPN had their service audited by a third-party which covered their no-logging claim and confirmed it sound.

They were also caught up in a high-profile assassination case in Turkey but were unable to assist due to a lack of logs.

However, while ExpressVPN – based in the British Virgin Islands – always had such a policy, this is not the situation with PureVPN.

PureVPN had previous controversies surrounding logging, which still makes people sceptical of this service to this day.

For those who might not know, in October 2017, the FBI managed to identify a person accused of online harassment, who was reportedly using PureVPN.

While online harassment is a crime and we do not support it, the fact that the authorities managed to reveal the identity of a VPN user is very concerning from the privacy standpoint. 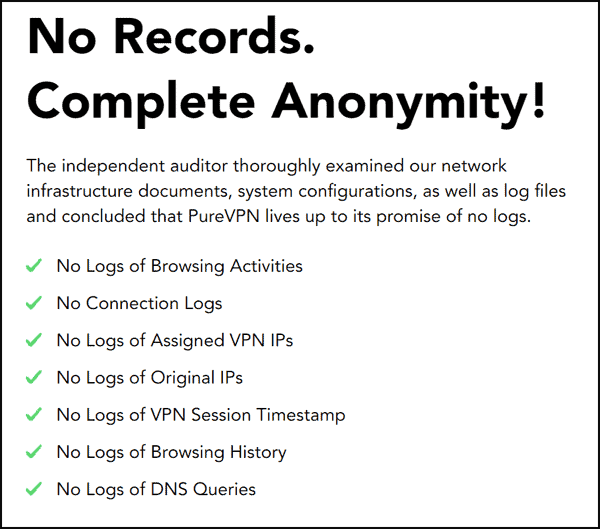 PureVPN makes much the same claims.

It was also rumoured that PureVPN assisted without a legal subpoena which makes it even more concerning.

Since the incident, PureVPN has, to their credit also had their service audited. However, the black mark on their past is a huge negative.

We have no choice but to declare ExpressVPN the winner here. As it never had such situations or controversies.

As the name suggests, ExpressVPN is one of the fastest VPN services out there.

As such, it is perfect for streaming content from anywhere in the world.

Not only that, but it also has one of the largest server networks out there, with over 3,000 servers which are located in 94 countries.

Services like Netflix, Disney+, BBC iPlayer and a whole host of others work well.

Speed and server count are essential, as you need good speeds to avoid buffering even while connected to distant servers.

Meanwhile, you need as many servers in as many countries to avoid having to use overcrowded ones, and to be able to access the content of as many different regions as possible.

Nearby servers are more than fast enough for proper streaming, although they are becoming noticeably slower as you move further away from your physical location.

This is not surprising, as the physical distance between you and the server matters a lot when it comes to speed – the farther away the server is, the more time is needed for information flow to reach it and return to you.

As for the server network, PureVPN offers around 2000 servers in 180 locations. In total, it covers about 130 countries, which is more than what ExpressVPN offers.

PureVPN also works hard to ensure that most of the popular streaming services are covered.

After testing for several years, we've noted ExpressVPN to be the most consistent when it comes to accessing streaming services.

PureVPN tends to go through periods where certain services are blocked which can be annoying.

ExpressVPN, on the other hand, appears to suffer these rarely meaning you can keep streaming your favourite services with fewer issues.

When it comes to concurrent connections, ExpressVPN offers you the ability to connect five devices at the same time.

It used to offer only three, but it has since expanded this capability a bit. While it's not the highest number, it's more than enough for most users.

Not only that, but it is easily a service that allows you to secure the most different devices. It has dedicated apps for pretty much everything you could think of.

At this point, we would be quite surprised to find a device that you cannot use ExpressVPN on.

When it comes to PureVPN, this one offers ten simultaneous connections, and it also has a decent range of apps for different devices and systems.

Similarly to ExpressVPN, it stands out thanks to a vast number of supported platforms, which also includes extensions for Chrome and Firefox. In this aspect, the two are pretty much equal.

PureVPN appears to have increased its limit from 5 to 10.

If this is a permanent change is a little unclear, but as it stands, they allow double the number of simultaneously connected devices compared to ExpressVPN.

Without a doubt, this makes them the standout winner in this category.

When it comes to using the ExpressVPN apps, it is straightforward to do so.

Anyone can find their way around the apps, which is very simple and user-friendly. It has a single button that you can click to connect or disconnect to or from a server.

Under the button, there is the list of servers, as well as recent locations to which you can choose to connect quickly, without having to access the list.

The settings are also very straightforward and easy to navigate, and pretty much everything is set the way you would want to use it by default. If you have some specific preferences, you can, of course, make the changes manually. 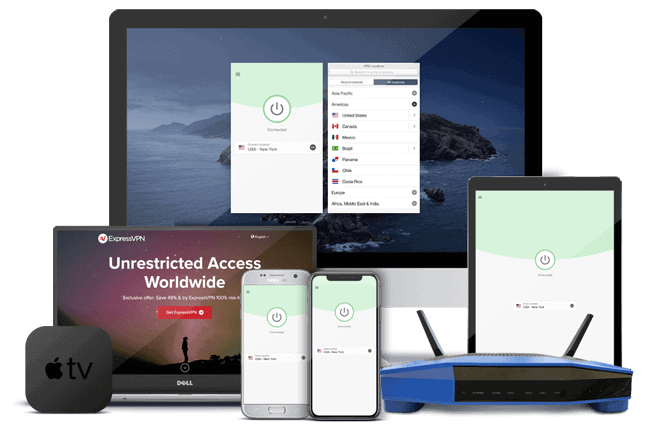 However, if you are a new user, simply leave everything as it is, and the app will protect you just fine.

When it comes to PureVPN, the installation process is pretty much just as simple, and even someone who has never dealt with a VPN before can quickly figure everything out.

When it comes to the apps themselves, there is a clear focus on providing a great user experience, and the apps show a lot of promise in that regard.

However, there are issues, as we have found that the execution is a bit inconsistent across platforms.

ExpressVPN has a lot of apps and they've ensured that all are uniform across each device. This makes it seamless to move from one device to another.

Finally, let's discuss the price. Let's start by saying that ExpressVPN has a 30-day money back guarantee with PureVPN offering a 31-day one.

When it comes to the prices themselves, we begin to see some differences.

ExpressVPN has three plans, a 1-month plan, a 6-months plan, and a 12-months plan.

The 1-month plan is the most expensive, as it comes at the price of $12.95 per month. This is expensive compared to almost all providers out there – I don't recommend it.

As for the other two, you still have to pay them at once for the full period, but they come at a discount that makes their average monthly prices significantly cheaper.

However, we have secured a cheeky deal exclusively for you giving you three months free on top bringing the monthly price down to just $6.67

PureVPN also has three plans, but its packages are significantly cheaper, but also slightly different when it comes to length.

The 1-month plan will cost you $10.95 per month, which is already $2 cheaper than ExpressVPN.

Without question, PureVPN costs less. It's the clear winner here.

It's true that both providers offer popular services and while they're quite close in terms of results, the standout is ExpressVPN.

Aside from a small difference in price and a concurrent connection limit, there are few other reasons why I would choose PureVPN over ExpressVPN.

The more critical areas which include the likes of logging, streaming and the ease of use were certainly in favour of ExpressVPN.

In the end, which of these two VPNs should you use?

Well, the decision is up to you, of course.

However, throughout this comparison, we have seen the two winning in different areas with ExpressVPN leading where it counts.

It turned out to be superior in terms of logging and privacy, as well as when it comes to the number of servers.

It has fewer locations, but it has more servers and better speeds, which is essential if you wish to use it for streaming or downloading.

Don't forget, you've got 30-days to try ExpressVPN and if you don't agree with my assessment you can get a refund and try out PureVPN too!