ExpressVPN vs PIA: A 2017 Comparison 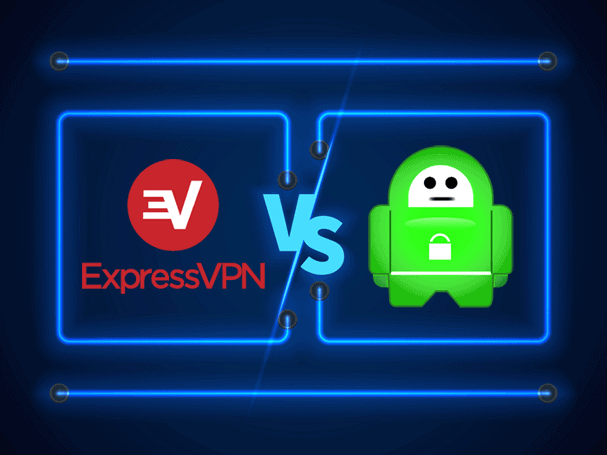 ExpressVPN and Private Internet Access are two of the most established VPN providers in the market right now. We have reviewed both recently and found almost nothing to choose between the two services. And furthermore, both have, at one time or another, been our personal VPN of choice; something that is only bestowed on the very best providers out there.

But one of the questions we get asked a lot is how the two service compare to each other directly. This can be a tricky question to answer, because both have positive and negative points, and as different users have different requirements, what works well for some may not work so well for others.

Nonetheless, we thought it would be a worthwhile exercise to draw a direct comparison between ExpressVPN and Private Internet Access so you can see for yourself where those positives and negatives are and draw your own conclusions about which will work best for you.

ExpressVPN has long been one of our top 3 VPN providers, and not without good reason. It has been around for a long time and all that experience has been brought together in the service they offer.

Amongst the various perks you get from an ExpressVPN subscription are:

Dedicated and user-friendly clients for Windows, Mac, Android & iOS.
Software available for use on Linux and support for VPN-enabled routers as well.
The strongest levels of encryption to be found anywhere.
Provision of servers in more than 94 countries.
A guaranteed 30-day money back offer you can trust.
Three concurrent connections are allowed
Private DNS servers.
A quick and incredibly helpful Live Chat support service.

There isn’t much to complain about with ExpressVPN, but there are a couple of drawbacks we have encountered:

Speeds can be slower than some of their rivals.
A little on the expensive side compared to other direct competitors.

Private Internet Access is not just a longstanding name in the VPN world, but one of the best too. It has long been popular with our readers and with good reason.

There are a number of pro’s which the Private Internet Access VPN brings to the table:

But again, there are a few drawbacks with the Private Internet Access offering too:

Speeds can vary depending on location and server choice.
No Live Chat support facility is offered.

So, there is only 0.1 difference in our review scores and both ExpressVPN and Private Internet Access share many of the same attributes. But how do they fare when put head-to-head. We have done just that and below you will find our honest assessment based on what we believe are the five core criteria most VPN users consider when signing up for a service.

Price is a key factor in the decision of a great many VPN users and the fact is that of the two, Private Internet Access is considerably cheaper.

When it comes to security and privacy, ExpressVPN is amongst the best in the business. They offer OpenVPN via both UDP and TCP protocols and use AES-256-CBC encryption. Their privacy policy are also clearly stated and emphasize their guaranteed No Logs policy

Private Internet Access has a broader range of encryption options than ExpressVPN and still offer the top of the range encryption amongst that. Their privacy policies are also clearly stated, but they do have one fundamental drawback.

Private Internet Access makes it clear that they will comply with all legal requests for data, and being a US-based company, this means that far more data than most users would care to might be handed over to US authorities.

ExpressVPN offers servers in a total of 94 countries and 145 different cities. This is as comprehensive a selection as you will find anywhere.

Private Internet Access offers VPN servers in just 25 countries, which is fewer, but they do have all the most popular and important locations accounted for, and would no doubt point to their lower fee as a factor here.

Both ExpressVPN and Private Internet Access offer compatibility with almost all the most popular devices and operating systems. ExpressVPN’s software for Linux and routers sees it sneak ahead here. 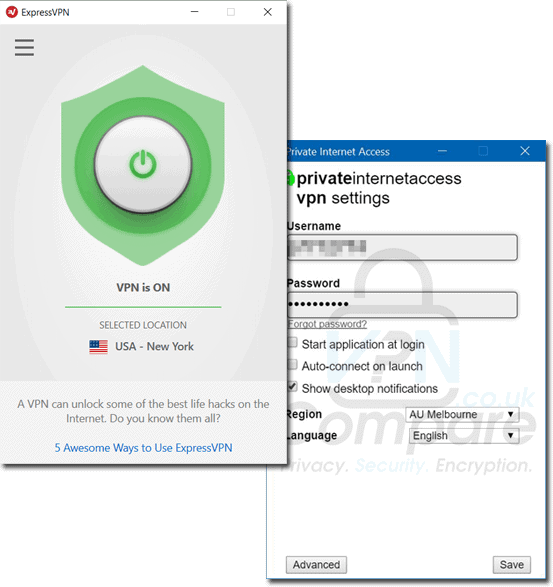 ExpressVPN’s interface is a bit more modern than PIA.

But Private Internet Access scores points for the number of devices that can be attached simultaneously, with a maximum of 5 available compared to ExpressVPN’s 3.

Again, they will no doubt point to their lower subscription charges, but live chat is both the quickest and way form of support and is definitely something we missed from their service.

There is a lot of good things to say about both ExpressVPN and Private Internet Access on their own. Both have a lot more positives than negatives and we have had very few complaints about either.

But the purpose of this article was to draw a direct comparison between the two. If the price is the deciding factor for you, Private Internet Access is the clear winner, but for the better all round service, our verdict would have to fall with ExpressVPN.