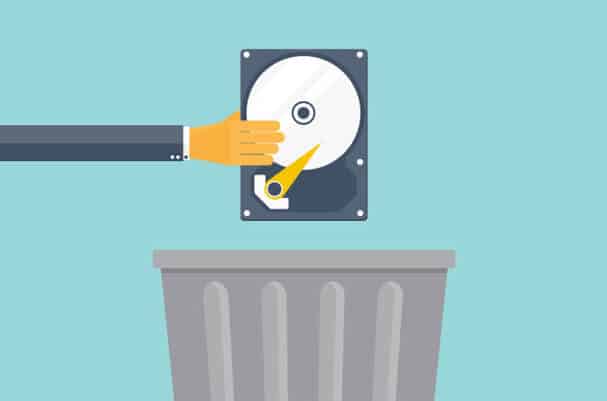 ExpressVPN has long been at the cutting edge of VPN technology and they are continuing to raise the bar with their latest innovation.

In a recent blog post, they have announced the creation of ‘TrustedServer‘, a new technology which will enable them to keep user data even more secure and private than before.

TrustedServer is a new technology which means that ExpressVPN no longer has to rely on hard drives to power its servers.

Most VPN servers rely on hard drives to work. All user data is stored on these hard drives as a matter of course and VPNs which don’t retain such data then have to erase and overwrite it.

This is a resource-intense process and ExpressVPN is open about the fact that sometimes errors can be made. There is also the potential risk of data being exposed if these servers are compromised, although premium VPNs like ExpressVPN go to great pains to ensure this doesn’t happen.

In their blog, they quote famous online security expert Bruce Schneier, who famously said, “data is a toxic asset,” and “it continues to be toxic as long as it sits in a company’s computers and networks.”

However, their new TrustedServer technology offers a solution to this problem.

TrustedServer technology removes the need for ExpressVPN’s servers to use hard-drives. Instead, they will run only on volatile memory (RAM).

This is good news for customer privacy because RAM requires power in order to store data. This means that whenever a server is powered down, all the data it holds will be automatically deleted. And ExpressVPN will be rebooting their servers on a regular basis.

TrustedServer will also enable ExpressVPN to run a more consistent and reliable network too.

Consistency is not something they have had too much trouble with in any case, but as they explain in their blog when a server running TrustedServer is booted up it will automatically load the latest available versions of the Operating System and software stack it is running.

This means that ExpressVPN can be confident that their entire server network, which currently consists of more than 3,000 individual servers across the globe, are running exactly the same code, the same software, and the same patches.

The upshot is they can be confident that all of their servers are always running optimum operational performance and security protection.

Under their previous technology, this process had to be done manually by their administrators and inevitably this was a far less efficient process.

ExpressVPN have even gone to the effort of signing up popular videoblogger Destin Sandlin to explain this in layman’s terms.

The release of TrustedServer technology once again marks out ExpressVPN as being at the cutting edge of VPN technology.

They are one of the first VPN provider to utilise this new technology and as a result, ExpressVPN users will be benefitting from the enhanced security and efficiency it offers much faster than anyone else.

Other VPNs are likely to follow ExpressVPN’s lead, as they have in the past. But it is likely to be some time before they can develop equivalent technology of their own.

ExpressVPN has developed something of a reputation for VPN innovation in recent years. This is one of the reasons why user feedback has been consistently so positive.

It is also one of the reasons why ExpressVPN is currently our Editor’s pick of the best VPN on the market right now.

ExpressVPN has a lot going for it. It offers a huge server network, fast connection speeds, and a good selection of additional features.

But it is their drive and determination to innovate and improve on what is already a very fine service which helps them to stand out.

For some time now, ExpressVPN have led the way for the entire VPN sector. And the announcement of TrustedServer means they have laid down the gauntlet to their rivals once more.