ExpressVPN announces link up with Dynabook 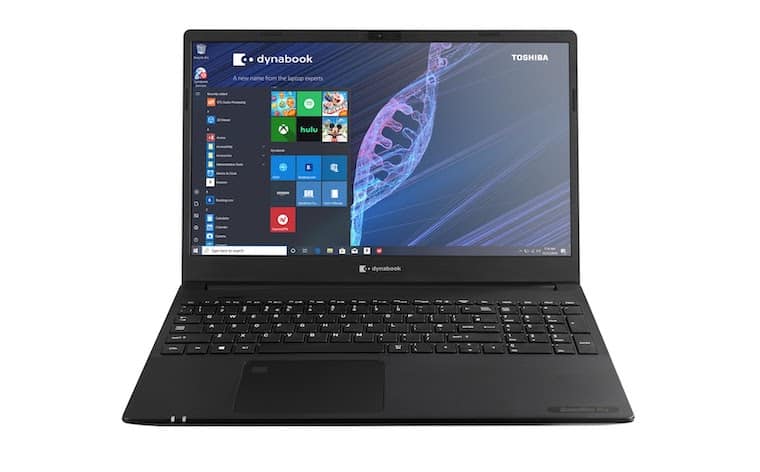 ExpressVPN has reached an agreement with major laptop manufacturer Dynabook to pre-install their VPN app on a number of new laptop models. They will also be offering users a free 30-day trial of their VPN service.

If the name Dynabook isn’t familiar to you, then you might know then by their former name of Toshiba Client Solutions.

Toshiba laptops have been a major player in the market for more than 30 years. The company is now majority-owned by the Sharp Corporation but continues to manufacturer high-quality and cutting edge laptops that are renowned for their reliability.

They have never before worked with a VPN to date but today they have announced a partnership with ExpressVPN, one of the world’s leading VPN providers and our current Editor’s Choice for the best VPN on the market.

As part of the agreement, Dynabook will shortly begin to pre-install the ExpressVPN app onto new laptops. The first model to benefit from the deal will be their new Satellite Pro L50 laptop which only launched last month. It will also be added to other Dynabook models in the near future.

The ExpressVPN app will be pinned to the taskbar of all Dynabook laptops included in this deal. As a result, it will be easy to find the app on your new laptop and explore all that ExpressVPN has to offer.

This is not the first time a major hardware manufacturer has chosen to strike a deal with ExpressVPN to install their service by default on all devices.

In October last year, ExpressVPN announced a similar arrangement with HP. Their app can now also be found on all new HP Spectre x360 13 2-in-1 laptop and tablet Ultrabooks too. HP are also planning to add it to other models in the coming months.

Dynabook hasn’t just plucked ExpressVPN out of the air to be their exclusive VPN partner.

Knowing how essential it is for all internet users to connect to a VPN to protect their online privacy and keep their data secure, Dynabook conducted a rigorous selection process to identify the best VPN to partner with.

Like us here at VPNCompare, they concluded that ExpressVPN was the best VPN on the market right now and the provider they wanted to link up with.

It looks to be a very sound decision. ExpressVPN employs 256-AES encryption as standard, has a watertight ‘no user logs policy’, a huge network consisting of more than 3,000 servers, and some of the fastest connection speeds of any VPN.

An arrangement that suits all parties

This really does look like a ‘win-win’ arrangement for all concerned.

Explaining why Dynabook chose to seek out a VPN partner, their EMEA President, Damian Jaume, explained that, “VPNs have become an indispensable tool for internet privacy and security, so we're excited to bring a safer experience to our users right out of the box through this partnership.”

Why pressed on why they had opted for ExpressVPN, he went on to say, “They are absolutely unparalleled in the industry when it comes to cutting-edge security, super-fast connection speeds globally, and ease-of-use. They share our deep commitment to building a safe and open internet experience.”

The vice-President of ExpressVPN, Harold Li, explained that it was an easy decision for them to link up with Dynabook. “We're thrilled to work with Dynabook to provide their customers with greater internet privacy, security, and freedom,” he said.

“It's extremely gratifying for us to see that VPNs are no longer just tools for cybersecurity experts, but that companies and individuals alike recognize their importance for all internet users.”

This final comment from Li touches on why arrangements like this are so important for all VPNs, not just ExpressVPN.

Of course, they want to attract more customers to their service and this is a great way to do that.

But pre-installing VPNs onto laptops is taking a technology that is still seen by many as niche and techy and taking it mainstream.

It really is a no-brainer if you are buying either a Dynabook or an HP laptop. The VPN app is already installed and the service is free to use. Why wouldn’t you want to give ExpressVPN a try to see just how effective their VPN service is?

While some will choose to sign up for longer with ExpressVPN, other might opt to try out a different provider instead. But all will have been exposed to using a VPN and will have seen how simple and effective they are. Ultimately, that is in everyone’s interests.